The great Pretzeldent's Day continued on Saturday with our fourth annual celebration.  It was accompanied by some Olympics flair to coincide with the game in Pyeongchang. 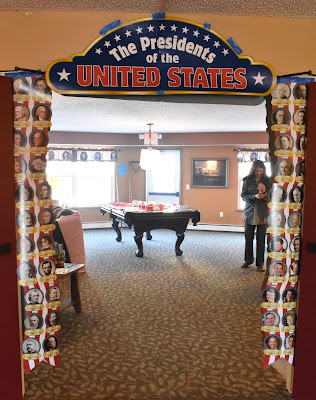 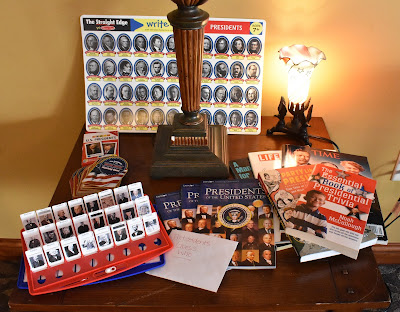 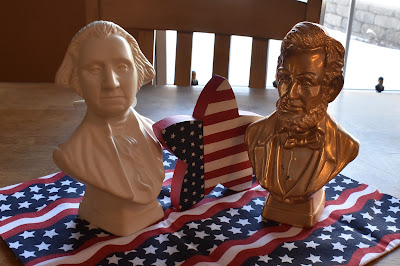 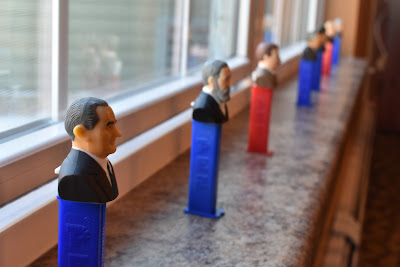 Lots of delicious and punny food to carbo-load before the competition began. 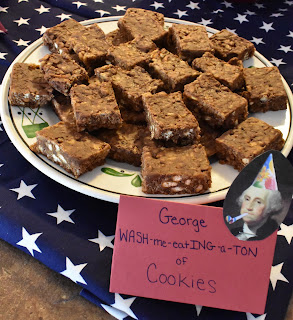 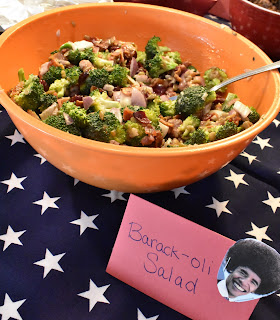 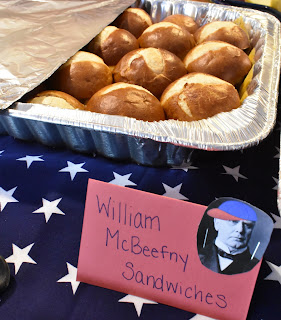 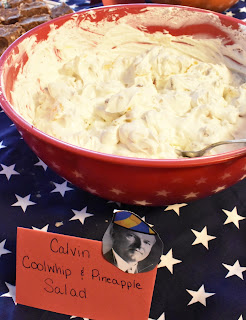 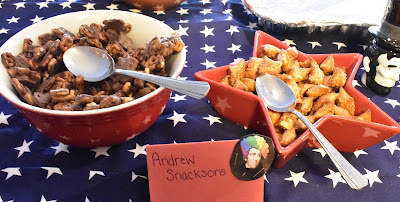 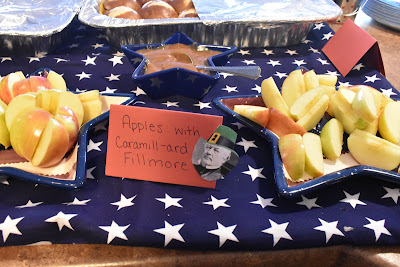 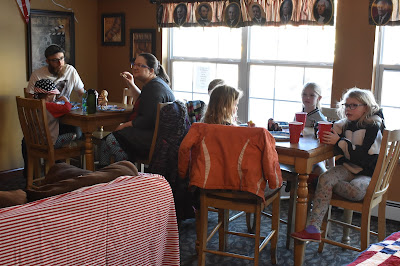 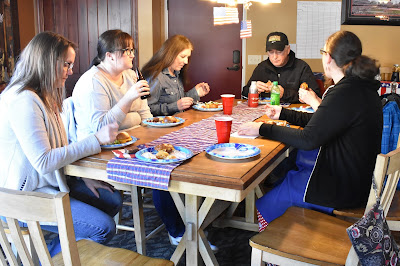 There were 5 events total with medals awarded at the end.  The first three were done in circuits, then two at the end as a large group.  Biathlon with ping pong balls shot in to presidential mouths. 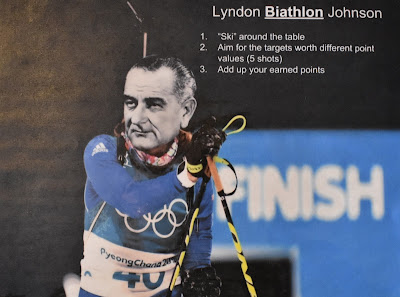 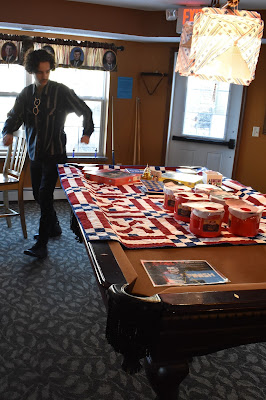 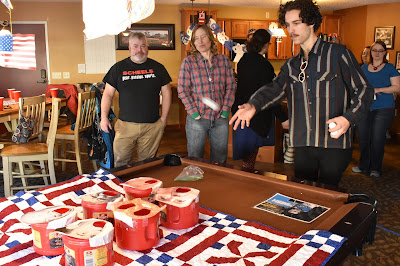 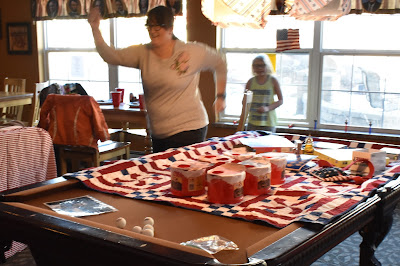 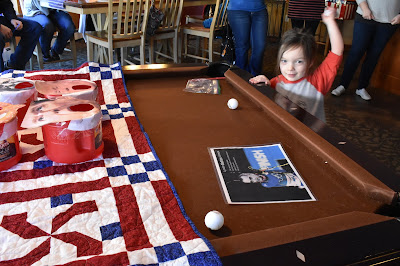 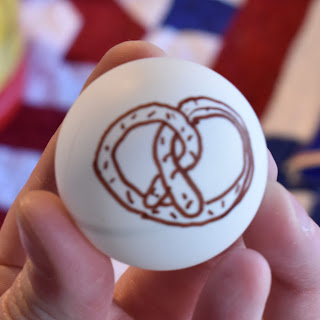 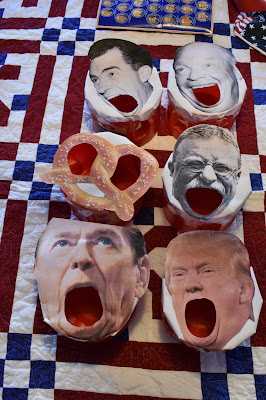 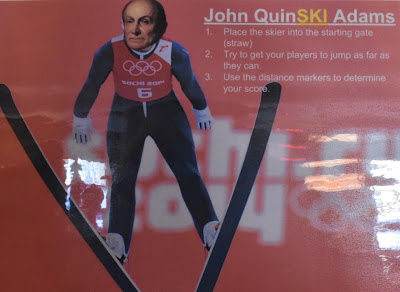 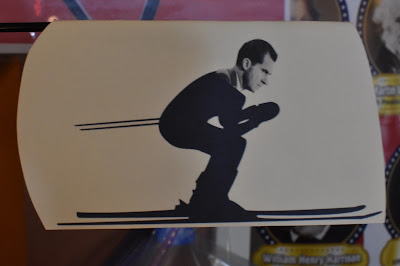 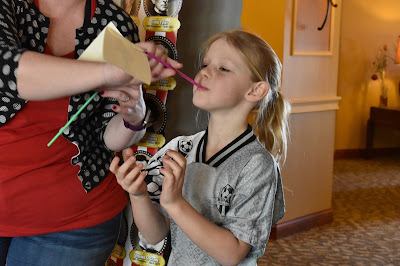 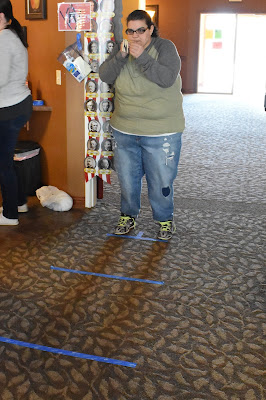 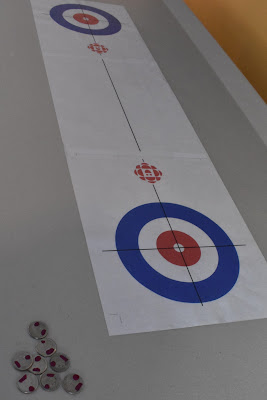 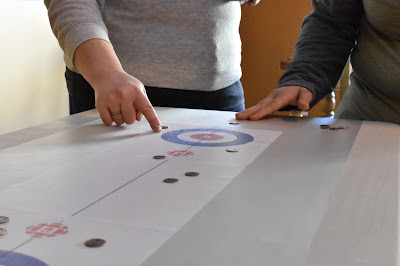 We played What Do You Meme? using presidential pictures.  It's kind of like Apples to Apples matching pictures to memes or funny sayings. 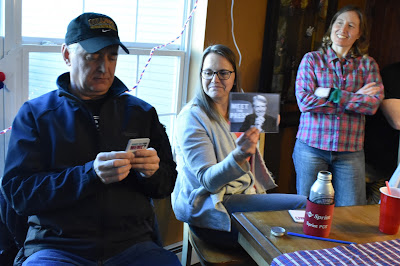 The final event was Pretzeldential Fact or Fiction, which was a repeat from last year.  I didn't podium, but I made a good campaign. 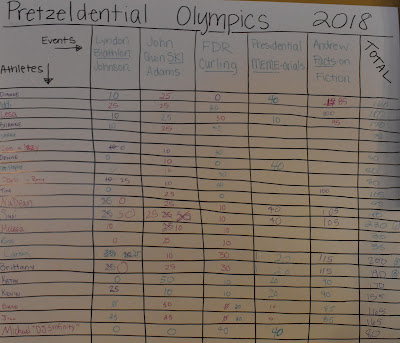 Susi with gold, Carey with silver and Brittany 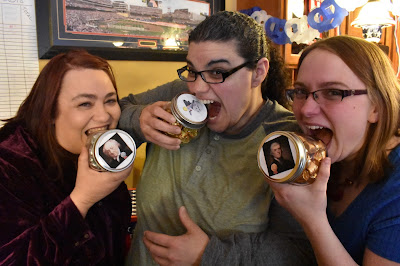 Thanks for another fabulous party Brianne!
Posted by Lesa Herrmann at 9:21 PM