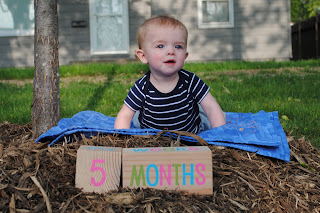 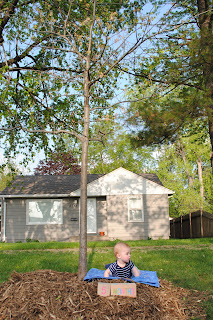 I am sure there are a bunch of other new things too, but it's hard to keep track of them all sometimes.
Posted by Lesa Herrmann at 8:03 PM No comments:

One more shower! / Parker on the move

It is amazing how time can get away from you so fast, especially when you have a baby!  Just wanted to give a quick update of the some of the happenings at the Herrmann house!

A few weeks ago (the same day as our Twins game) the ladies at my work threw a shower for Parker and I.  He got so many fun toys and cute summer and fall outfits! 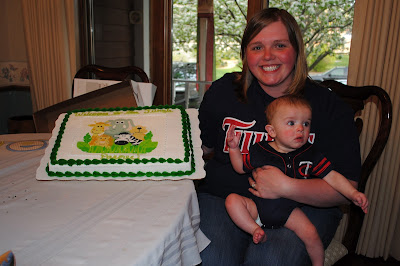 Parker had fun with all the ladies that came out.  He got a bit cranky at the end, but it had been a long and stimulating day after a 4 hour ball game and a party!  Thank you so much to all my friends at work, we really appreciate your generosity!

Parker has also been working on some new skills!  He has officially figured out where his bottle is supposed to go.  He has recognized it for a while, but recently started grabbing for it and bringing it to his mouth.  He tries holding it himself, but doesn't quite have enough coordination yet and it usually falls out pretty quickly. 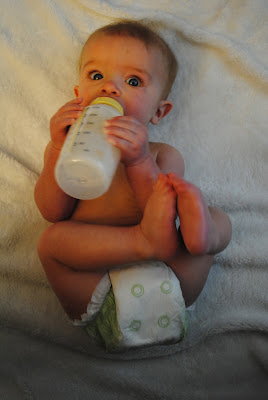 He has also become quite the little mover.  He has never been one to stay still, but now we are realizing that true mobility is probably coming a bit quicker than we thought.  He is always rolling and prefers to be on his stomach.  He also likes to pivot and turn himself from side to side.  We usually keep him on a blanket upstairs because we have hardwood floors, but it's fun to let him play on the wood or tile because he can easily turn himself and even pull himself forward a bit.  The picture below illustrates just how much he can maneuver!  He started on his back head towards the bottom of the picture in the middle of the mat.  He managed to roll and turn himself between the arches, get out and turn again...Sometimes this kid just amazes me! 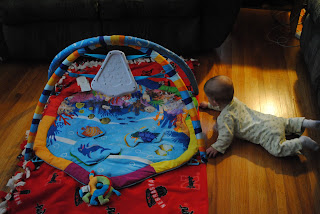 That's the update for now.  He is going to 5 months old tomorrow so I may have to attempt a photo shoot this afternoon!  I hope to have some more fun pictures to share soon!
Posted by Lesa Herrmann at 10:03 AM No comments: 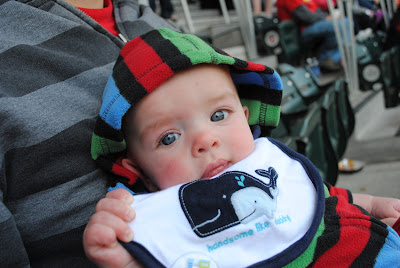 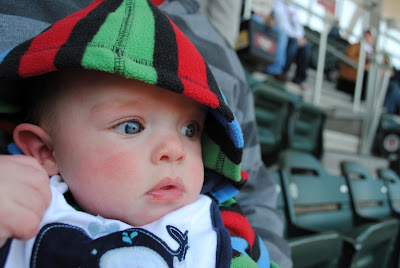 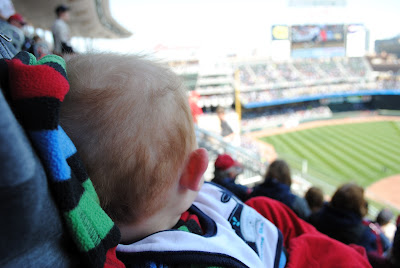 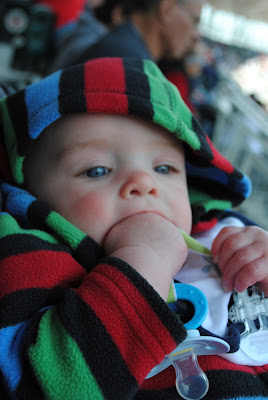 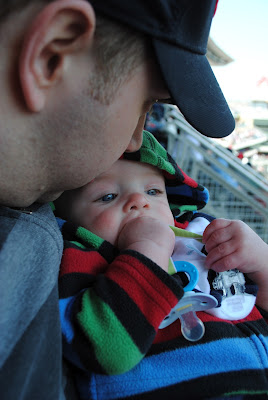 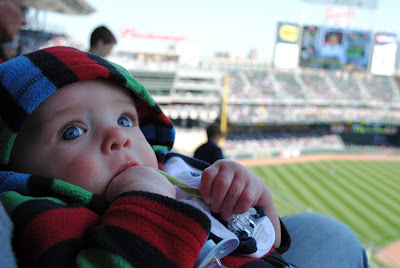 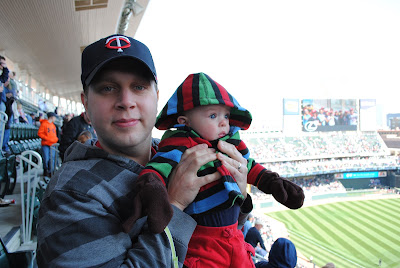 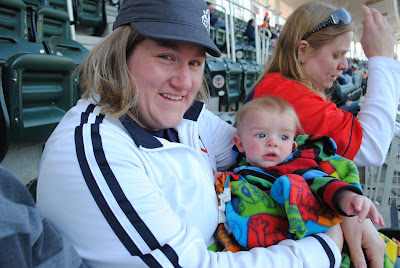 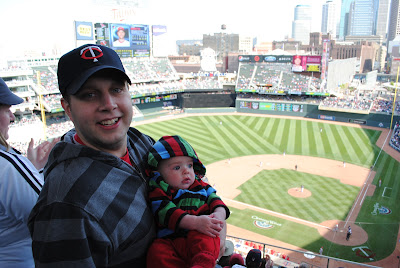 Posted by Lesa Herrmann at 10:08 PM No comments:

It is Parker's first Easter.  We are so excited to share such a special day with him.  We went to the Easter service at our church last night.  Parker had been pretty cranky all day so we weren't sure how he was going to behave.  He must have liked the windows open and lights up because he did great!

We gave him a bath when we got home and dressed him in his Easter jammies.  We then read the Easter story from his children's Bible as he has his bedtime bottle.  So many holidays can get over-shadowed by the commercialized stuff.  I always said I didn't want to buy (literally) into that, but its hard not to when you have a little one of your own.  I think we will always put a focus on the real meaning of Easter and still let him enjoy some of the commercial fanfare.

He is Risen!  We will always recognize and praise that.  It is because of this that we can live and enjoy life.

I had to take some fun pictures of P in his jammies.  The green rug in his room felt like the perfect backdrop (is kind of looks like grass!)  I must thank Auntie Julie for the fun hand-me down!  I hope you all have a fabulous day celebrating! 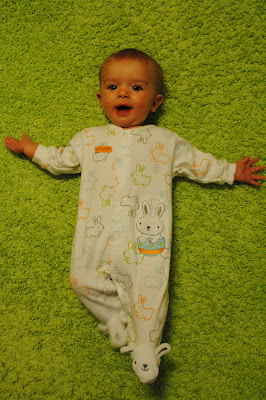 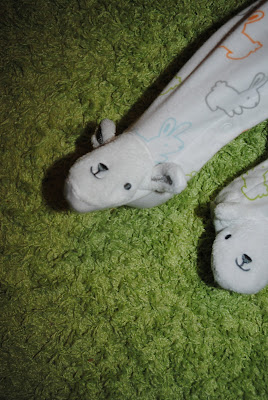 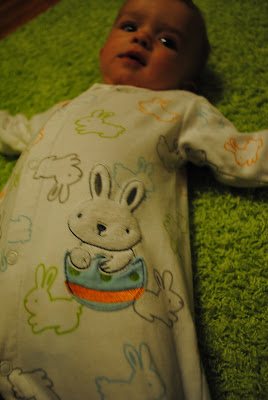 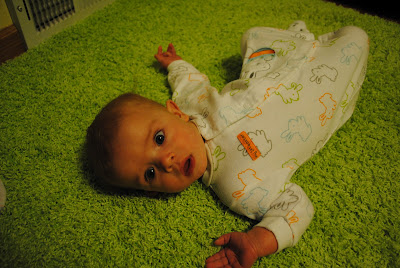