Parker had a bit of a wipeout just as the last of our friends were leaving on Sunday.  As soon as he hit the pavement I knew it would be a doozy.  A little bit of blood and a lot of tears later... A scuffed forehead and fat lip! 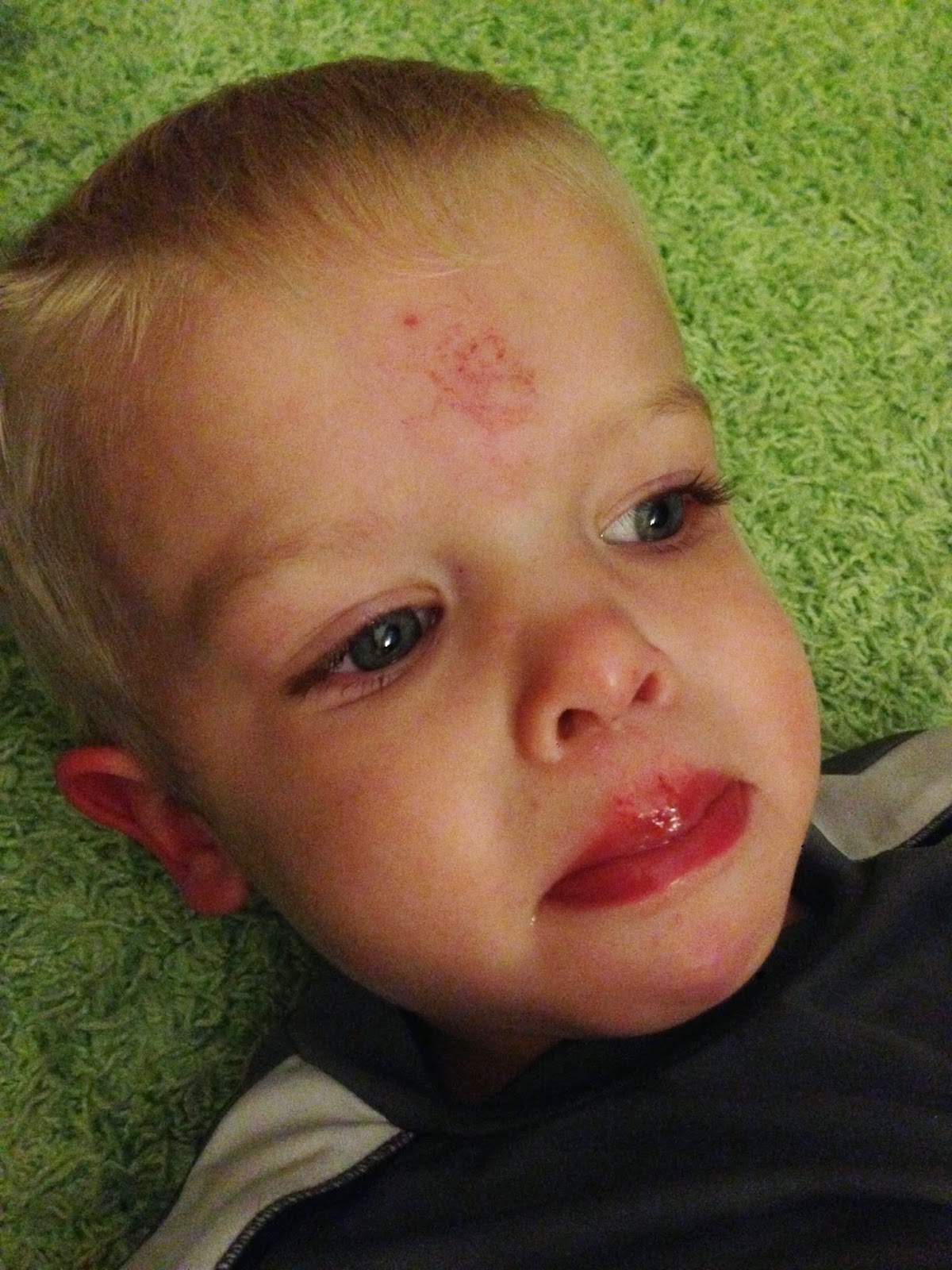 Once the intrigue wore off he was all smiles.  He LOVES the sound the camera on my phone makes so he has started taking more selfies! 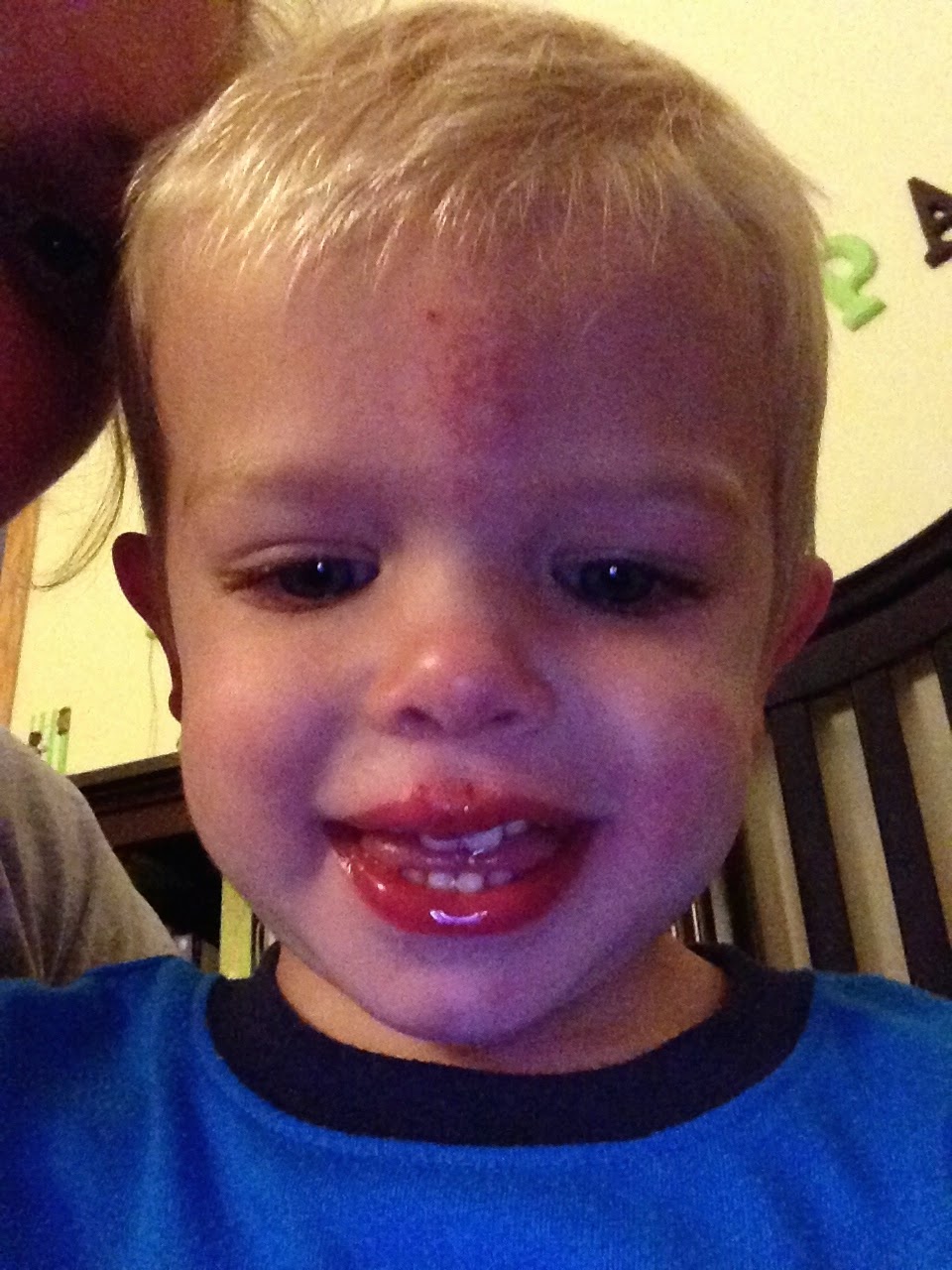 It always looks worse the next day when it scabs over, but a lot of the swelling had gone down. 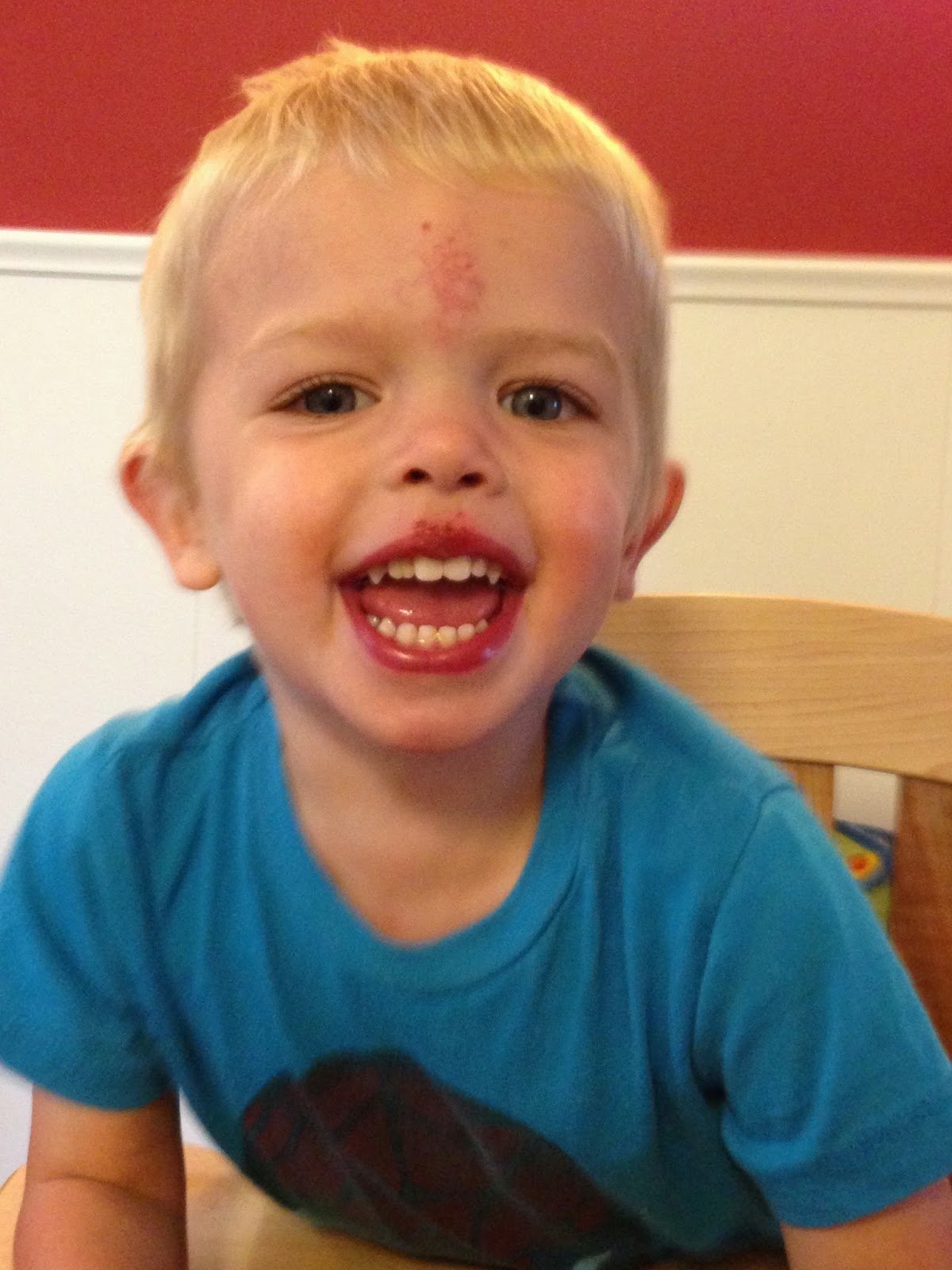 The swelling was all gone last night and I think he is on the mend.  This summer has been filled with endless bumps, bruises and scrapes.  I guess that's the life of a toddler! 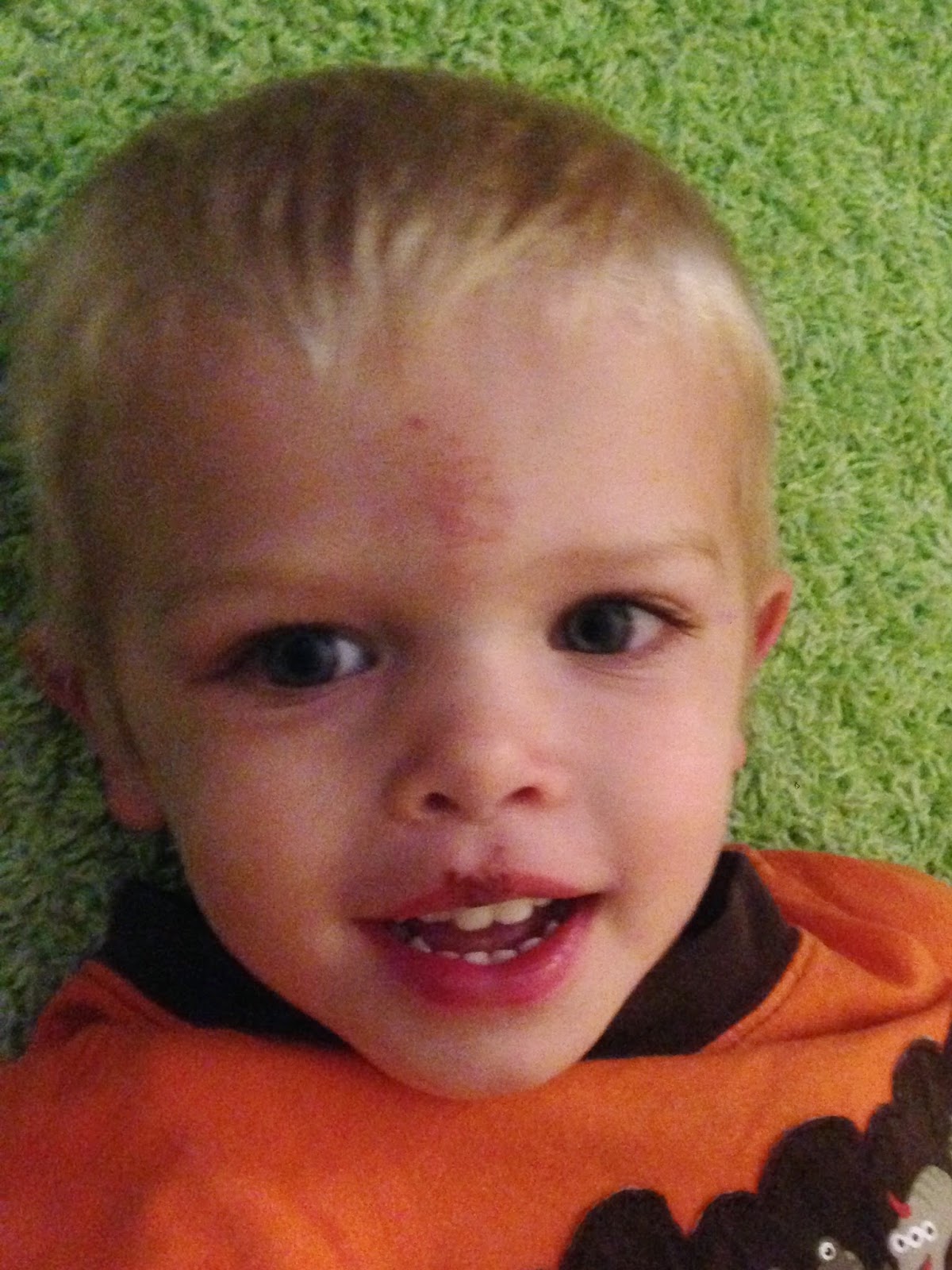 Posted by Lesa Herrmann at 8:51 PM