Parker and I took a trip to Nebraska with my parents for the Fourth of July weekend.  Jimmy had to work and couldn't come, but it was still a blast.  We drove down on Wednesday night and stayed with my aunt and uncle that night, just a few miles from Pilger.  We arrived that night around 10 pm and drove through town, but couldn't see much because of the dark.  We took another drive around the area the next morning and I was able to get some incredible pictures. 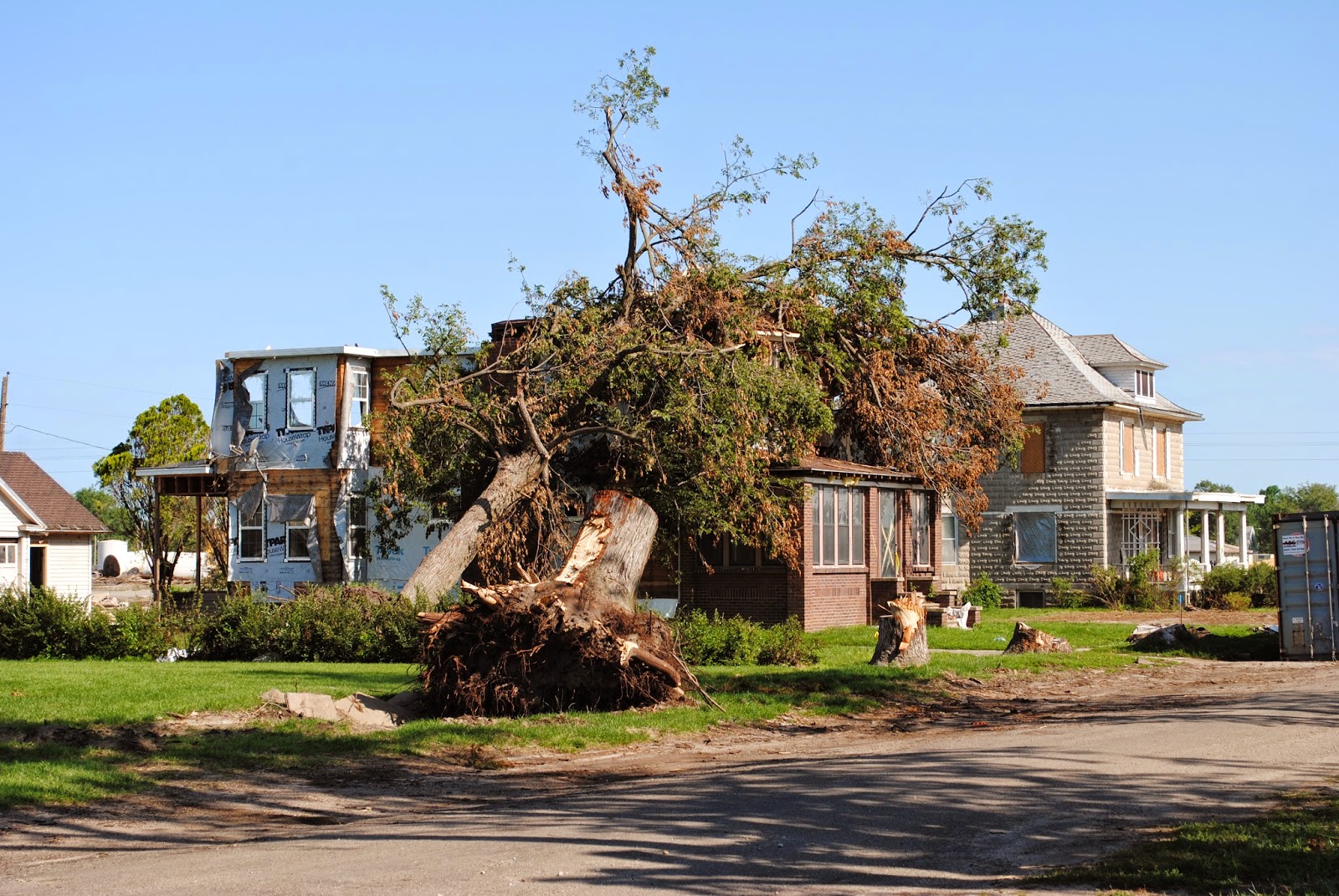 The house below belongs to my uncle.  It was scheduled to be demolished the next day. 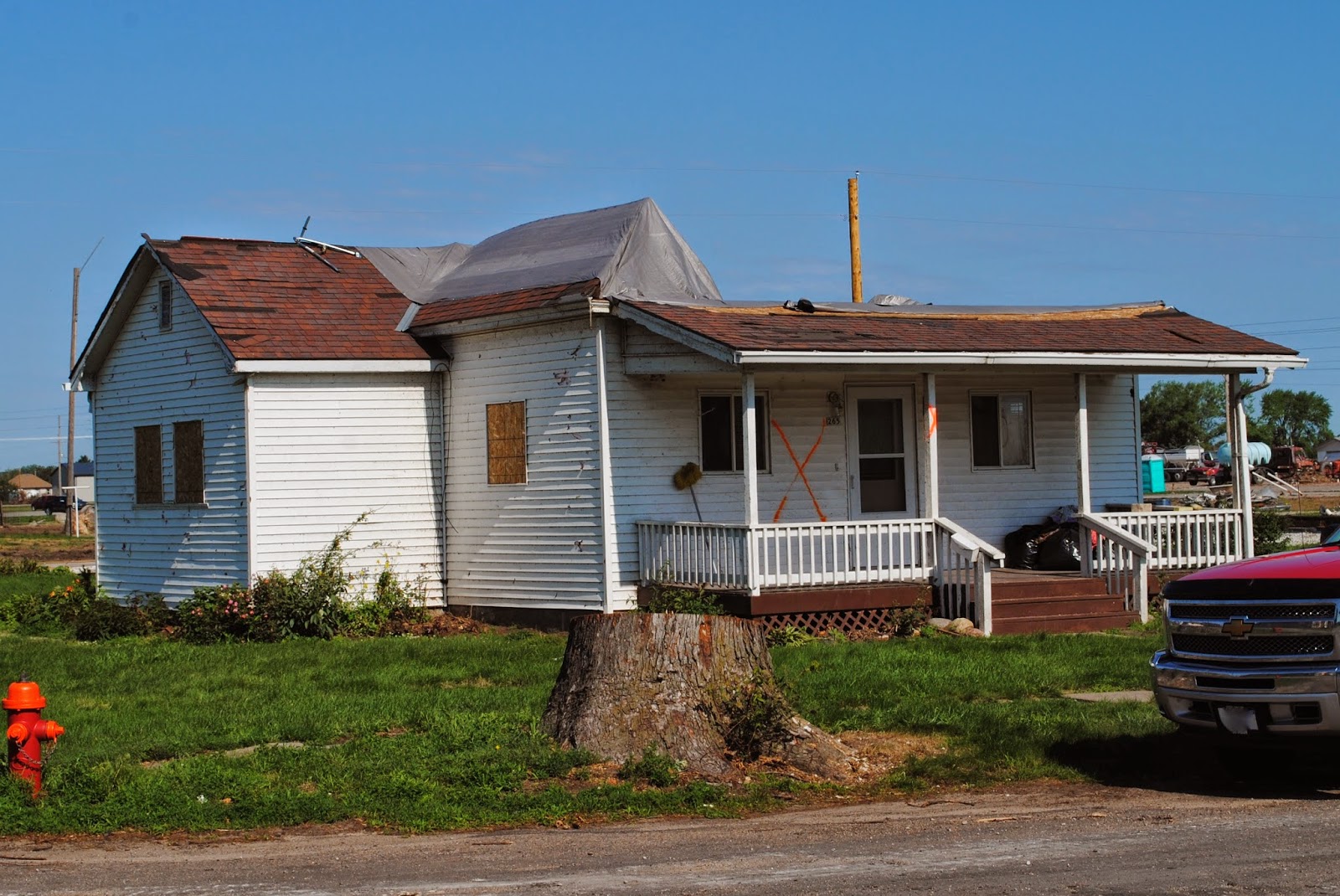 There are still clean-up crews coming to volunteer each day.  The roads are now passable, but there is still a lot to clean up. The Pilger school, which was serving middle school kids, is also beyond repair and will be torn down. 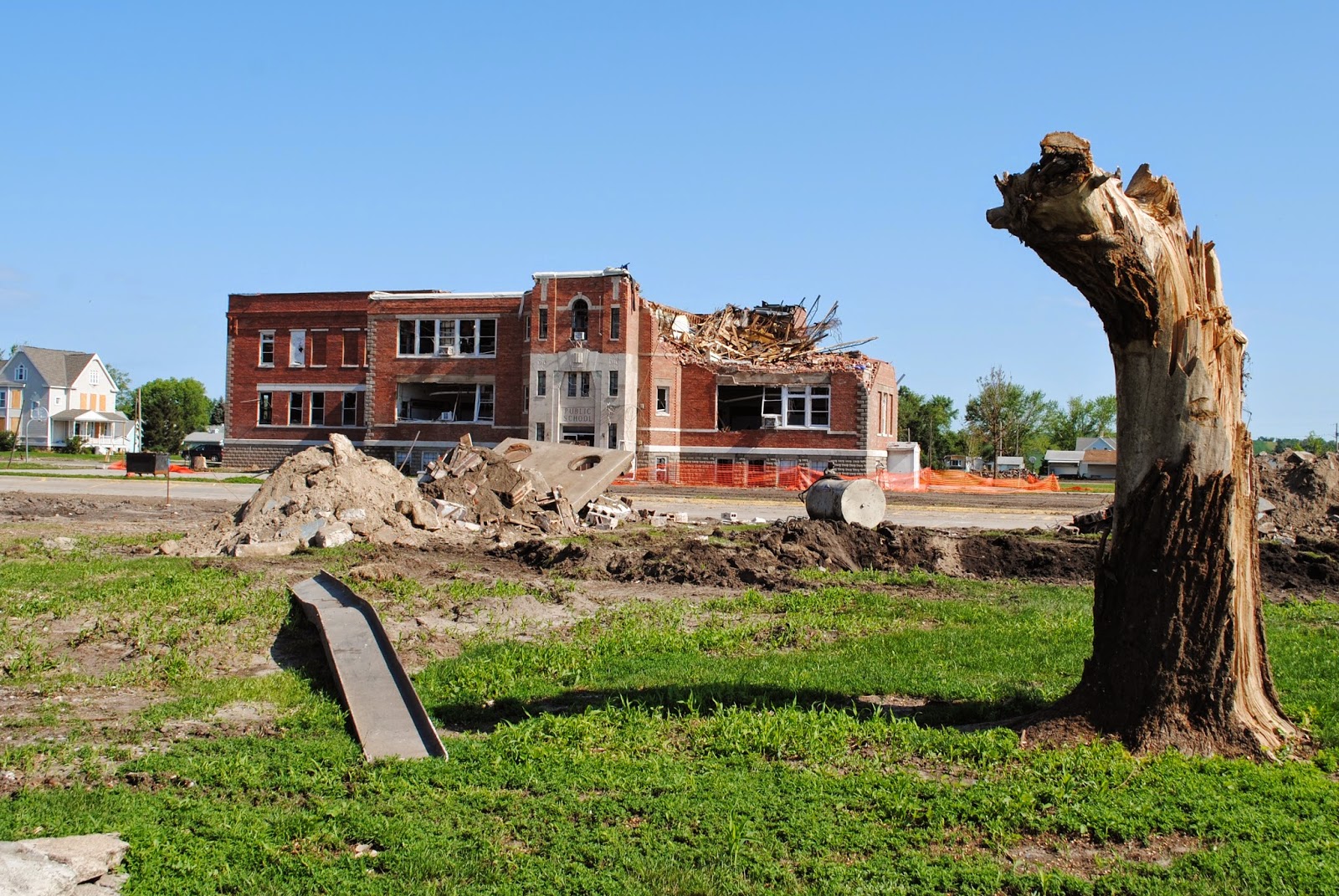 A bent street sign shows the strength of the storm. 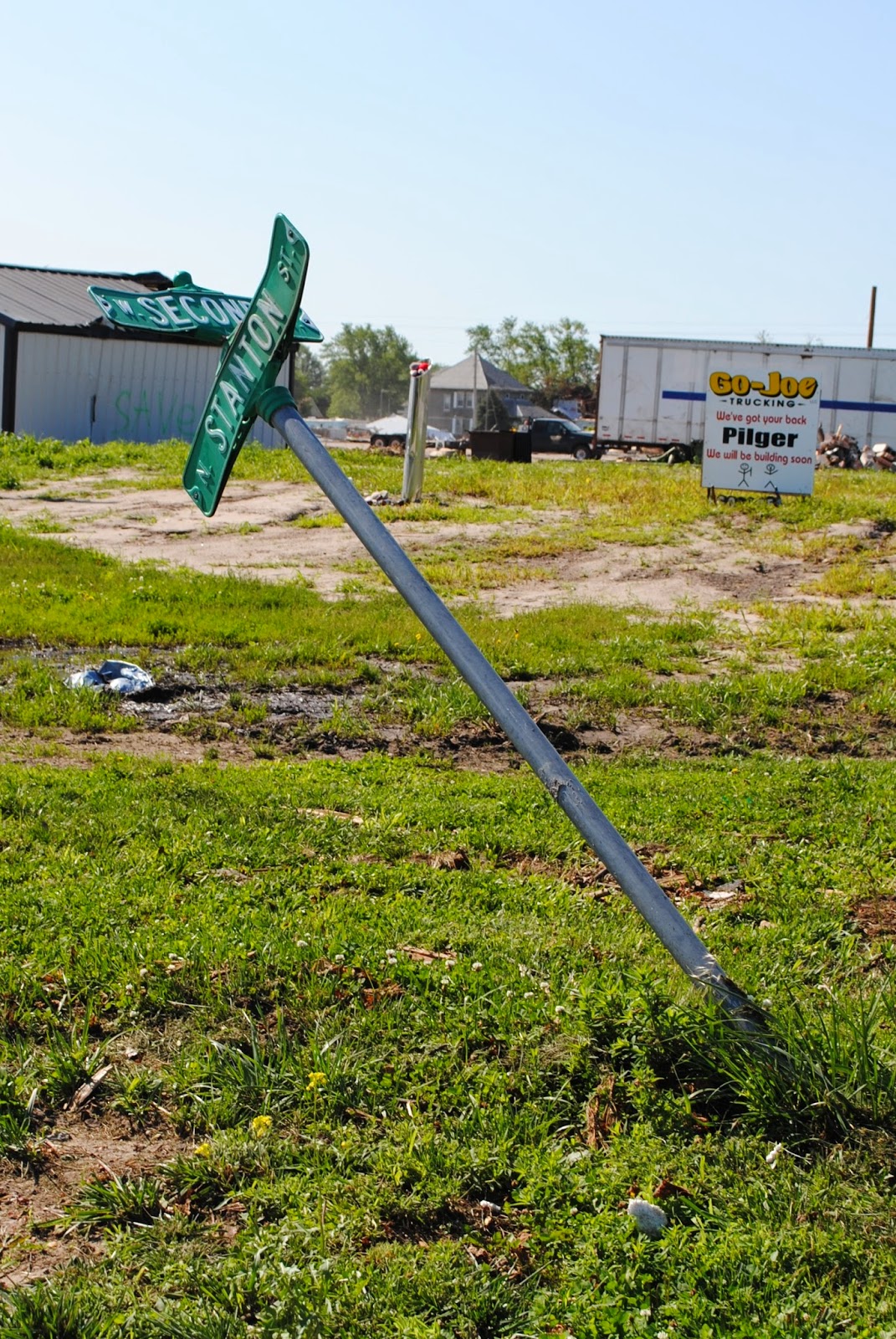 It was encouraging to see signs like this.  The town has a long road ahead, but we hope it can stay alive. 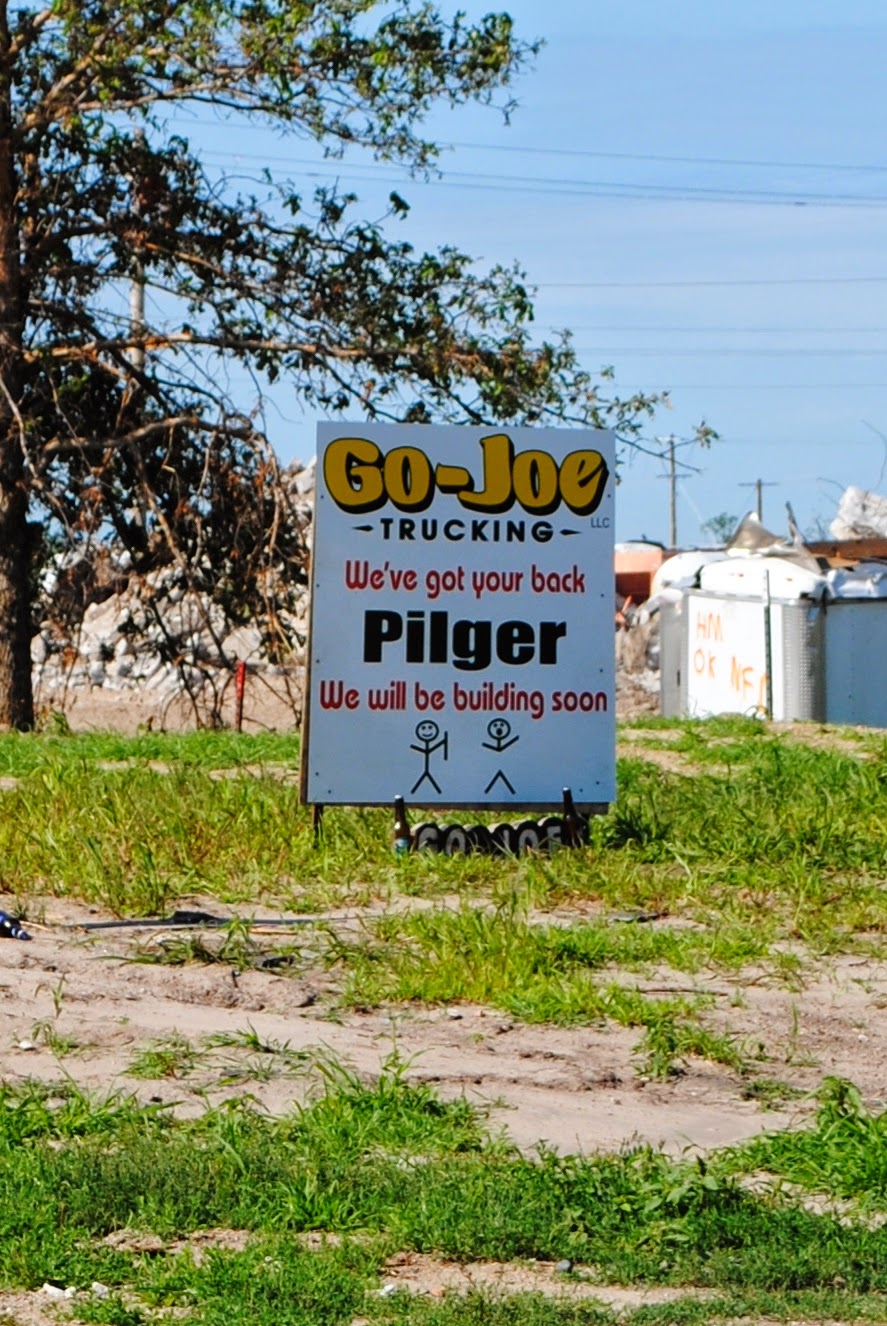 The dirt area beyond the sidewalk was main street businesses.  The bar, restaurant and bank have been demolished. 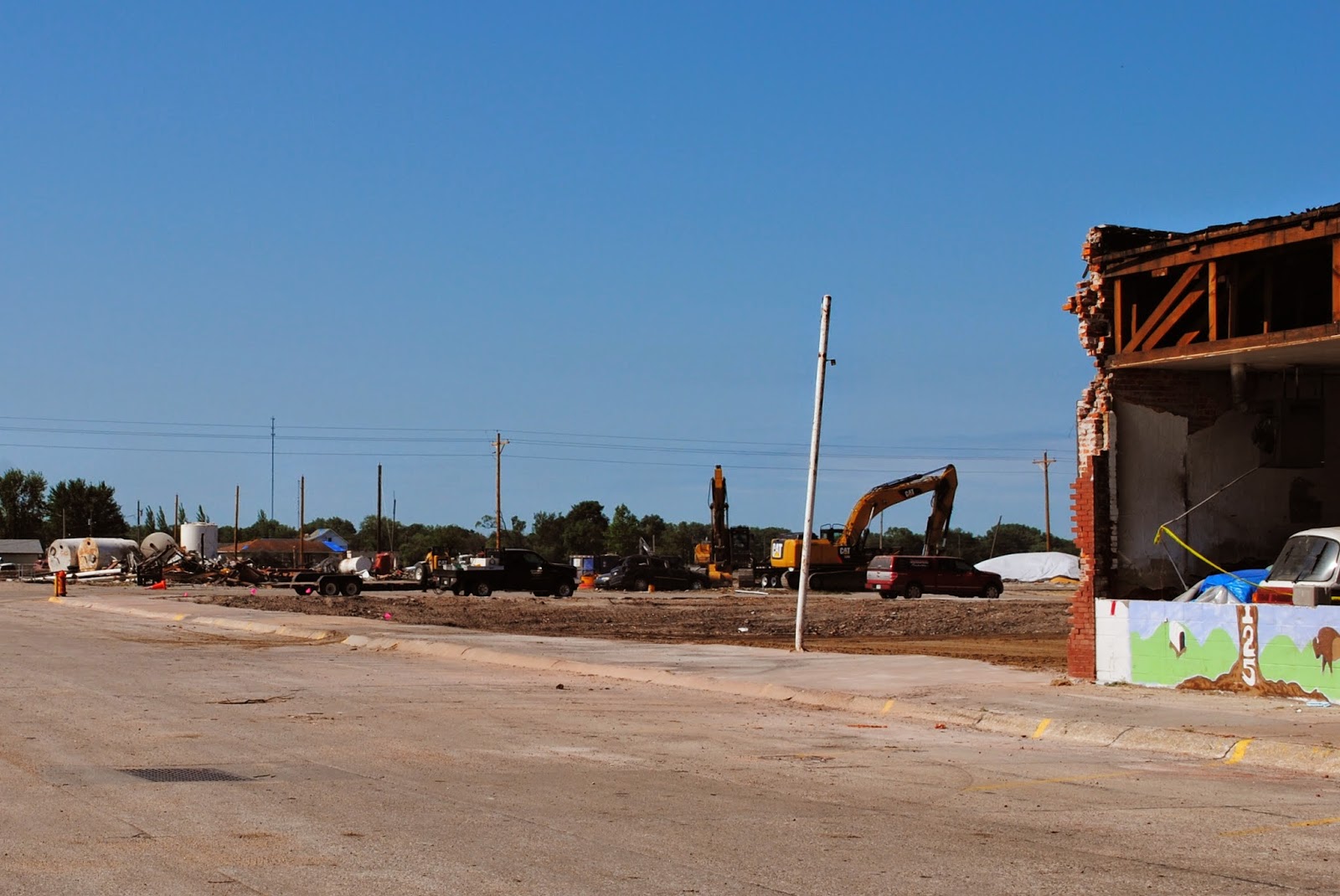 Crews were still cleaning up corn that had been ruined by rain. 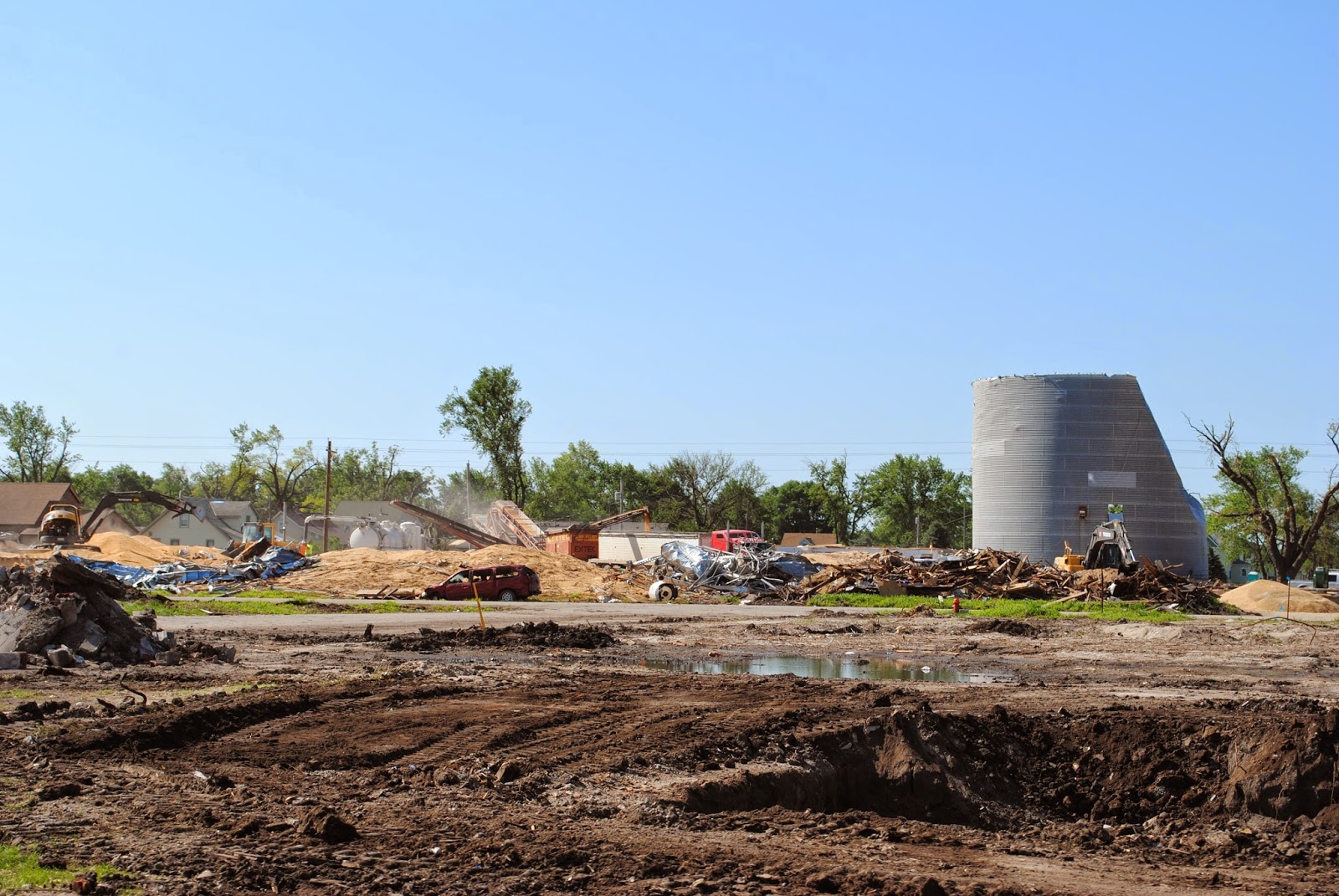 The bell tower at St. John's Lutheran Church remained standing and will likely remain a symbol of perseverance for the town. 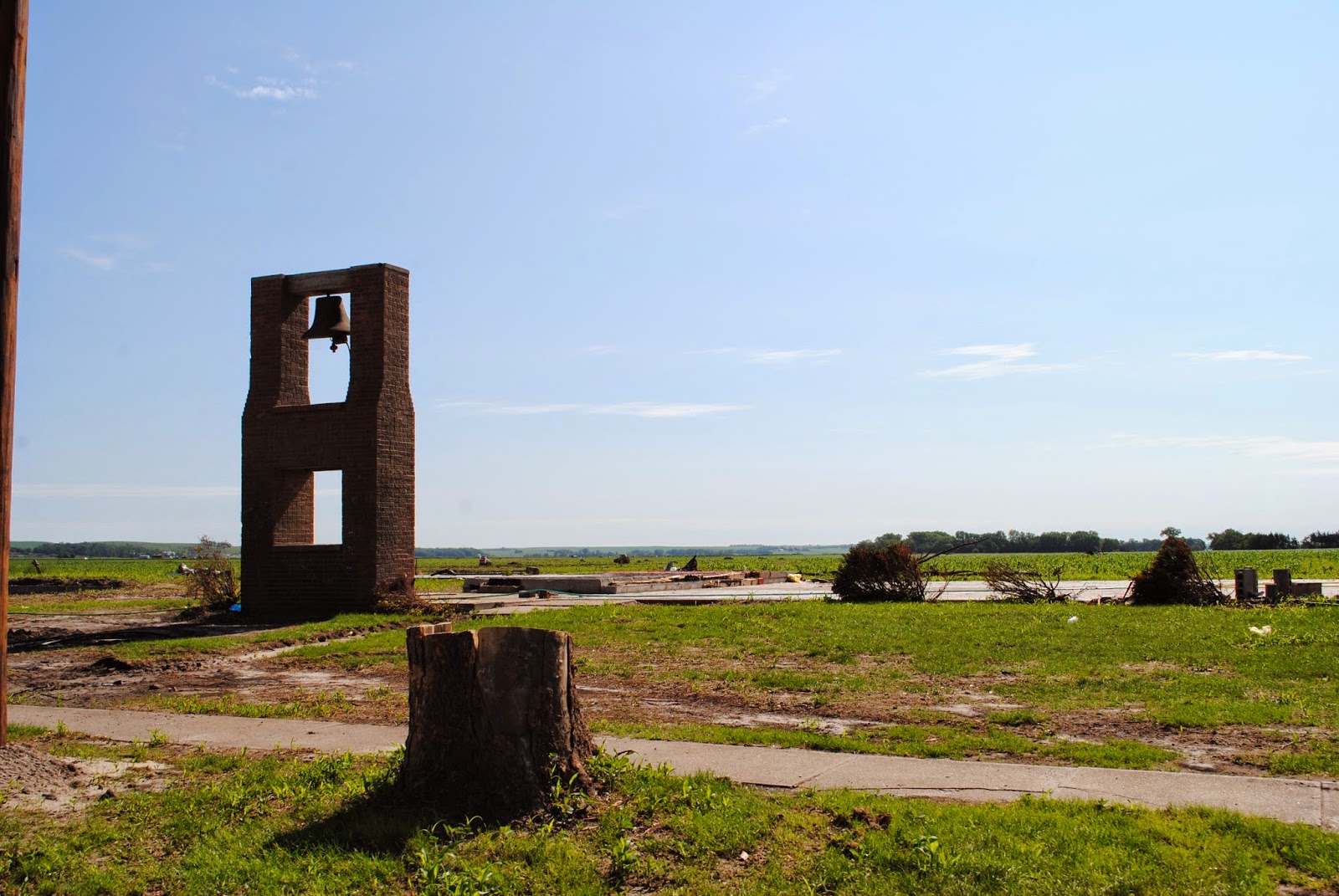 Debris is being hauled to an area near town for sorting.  Crews are salvaging what they can.  Trees and wood will be burned, concrete will be ground up and reused and most everything else will be taken to a landfill. 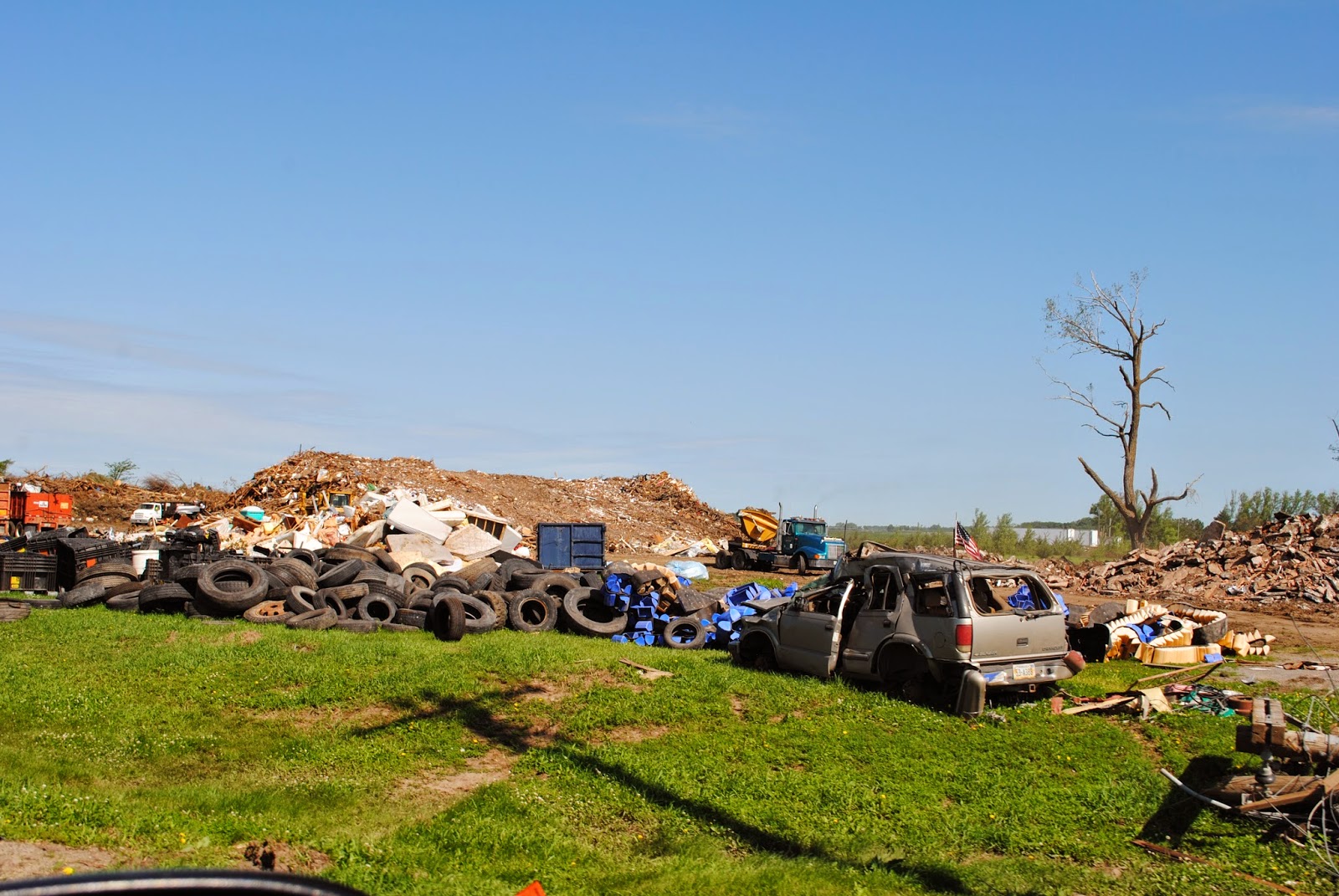 We heard so many incredible stories while we were there.  My uncle farms a lot of the land around town and had to clean up fields.  He said the silverware from the church was thrown in a row right into the ground so that it was standing up.  Many residents did not have basements because the town is in a flood plain.  One of them went to the church in seek of shelter and was carried close to mile to the highway and had to walk back to town with a 2x4 in his leg.

It was encouraging to hear that many people will rebuild.  New homes will not be allowed to have basements because of flood plain restrictions.  This will deter some from returning to town.  Homes in neighboring towns have been selling immediately as displaced residents need new housing.  Pilger Days, the town festival, will still be held in a few weeks.  It will be interesting to see how things have progress over the next several years.
Posted by Lesa Herrmann at 9:59 AM