My family Christmas in Nebraska was postponed last weekend due to a gnarly snowstorm down there.  I was bummed, but it opened me up to see some friends from high school.  We met up at Brianne's new house, then headed over to Riddler's Escape.  We were grouped with a family of 5 to tackle the Spellbound room.  We worked great together and got out with almost 10 minutes to spare!
We followed that up with drinks and dinner at Brink & Bourbon.  I got a mango wine slushie and it was amazing!  They had a fun bourbon and bacon flight that Troy and Brianne tried. 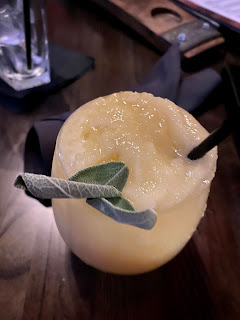 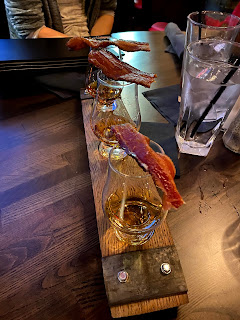 I got the PB & Jay burger. A handcrafted burger patty covered in habanero jack cheese and topped with our extra thick cut bacon. Served on a speciality made honey glazed donut lightly spread with mayo, tart Pomegranate Sriracha marmalade and homemade creamy bourbon peanut butter.  I love mixing sweet and savory, so it was right up my alley! 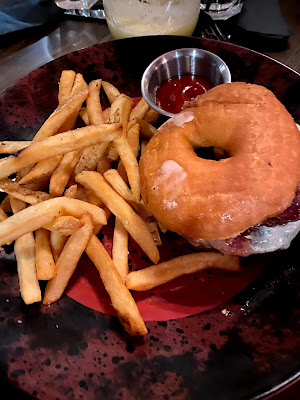 The kids were home with Jimmy that evening and got a special treat from Dunkin Donuts. 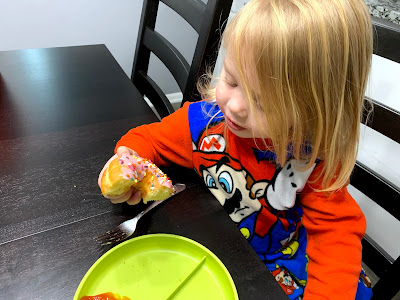 I had taken Monday off with plans to be in Nebraska, but we just had a fun family day instead.  We put in a new light fixture over the sink to match our other kitchen lights.  We also played with trains, visited the indoor playground and broke out Huskeropoly after the kids went to bed. 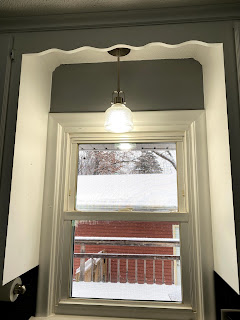 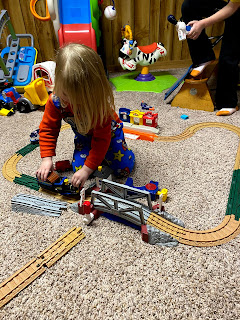 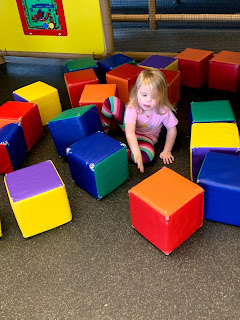 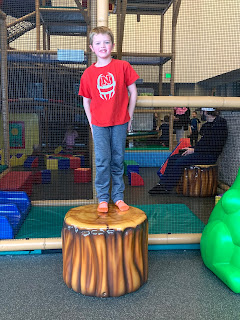 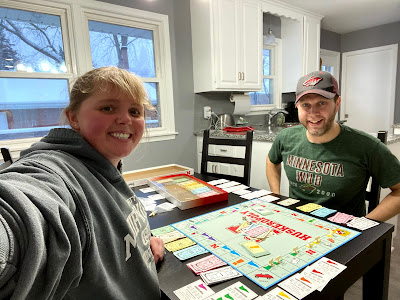 Posted by Lesa Herrmann at 1:45 PM