Last Sunday was week 2 of our Advent gifts.  Parker got some glow in the dark stars for his room and Esme got a Marshall Paw Patrol toy.  Coincidently, Marshall was the puppy she chose to carry around that morning.  Esme keeps talking about the presents in her stocking and is excited for a new one each week. 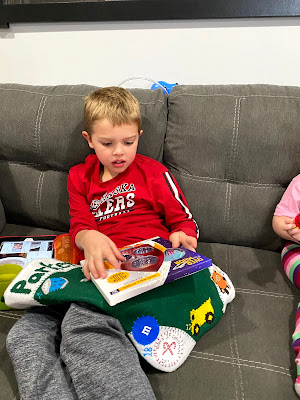 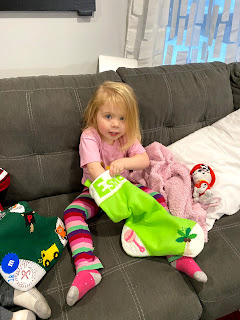 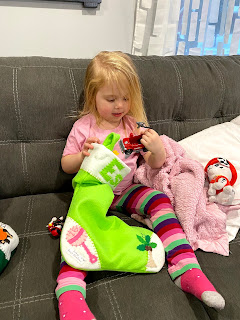 We've been talking about getting Esme a haircut for a while now and I ended up taking her on a whim on Thursday.  Our pastor's wife works at Sport Clips, so we gave that a shot.  She hated the cape and just wanted to rip it off.  Once it was off, I was able to distract her with The Lion King while Corrie gave her a quick cut.  We took off about 5", but it really helped to make it look clean.  She's also been resisting brushing after bath time, so it will be much easier to brush out now.  We should be able to get by for a while before she needs another one. 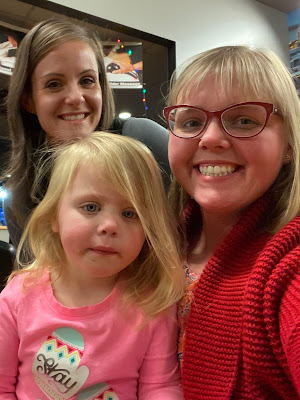 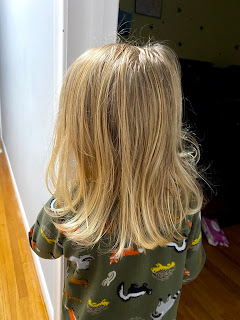 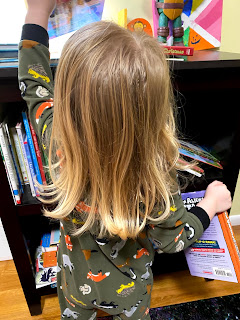 Friday was family date night and we used it as our annual holiday trip to the Mall of America.  The kids had Burger King nuggets and Jimmy and I got Shake Shack.  Then we stopped at the candy store for some special suckers before taking a stroll around. 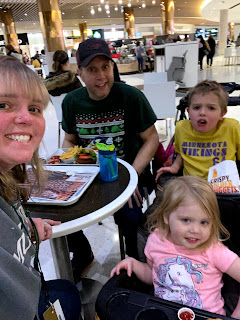 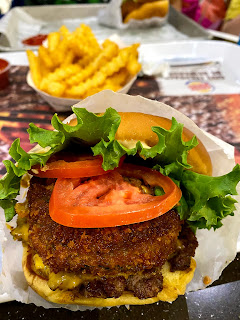 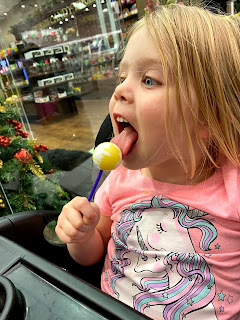 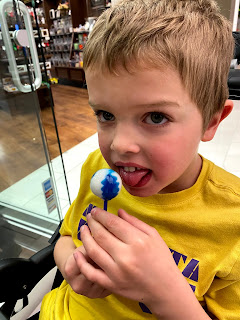 Out of nowhere, we came across the Apple Store.  If this sounds strange to you, it should.  The MOA Apple Store has been in the same place since at least 2011, and this was not where it was.  A new Apple Store means new pictures of course.  The previous store was much smaller, so it didn't surprise me that they wanted a new location. 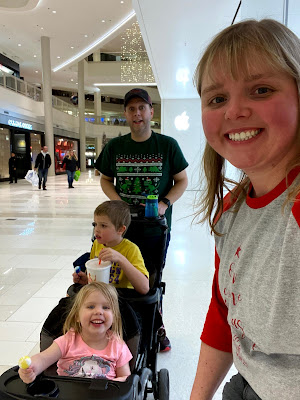 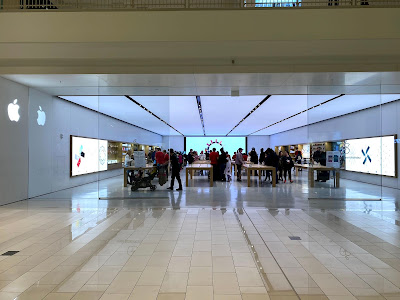 We walked by their old location after leaving and saw the kind words they left.  Thanks for not leaving us! 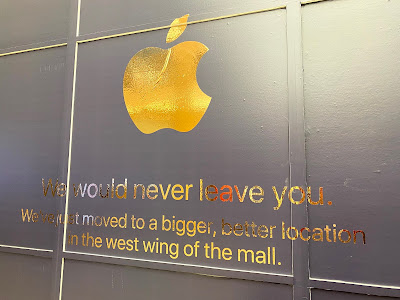 We all enjoyed walking around and looking at the holiday decorations.  We also happened to be there on the evening of the 7th annual "Clouds Choir" for a cause.  It raises money for the Zach Sobiech Osteosarcoma Fund. People gather to sing "Clouds", a song he wrote as he was dying from cancer.  His story is being made in to a movie and they might use the final recording in the film.  It was a neat thing to be a part of. 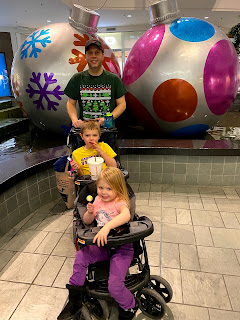 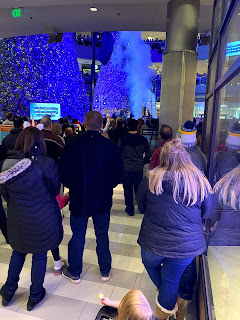 Posted by Lesa Herrmann at 9:30 PM