Esme is eleven months old today.  She continues to move mostly by army crawling and hasn't started crawling on her knees, but does like kneel against furniture and toys.  We have a small wooden mail box that she kneels at for 15-20 minutes at a time.  She just bounces and talks, it is so cute.  She has taken a couple of tumbles, which I think scare her more than hurt.  She is really close to pulling herself up to standing, but isn't quite there yet.  Sleep is going well other than a minor anomaly last week.  We dropped her mattress down since she was getting more mobile.  We had 3 nights with no issues then we had 2 nights where she was waking at 10:30 and not wanting to sleep anywhere but on me or in bed next to me.  On the third night was rocking her in the living room about 11:30 and it hit me!  Maybe she's cold?  What a ridiculous thought, right?  We haven't ever used a blanket and haven't had any issues.  Then I realized the temps dropped a few nights earlier and she's inches from the ground now.  She is mobile enough to have a blanket so I gave it a go.  She slept the rest of the night and hasn't had an issue still.  I felt like a really dummy, but I am glad we figured it out sooner rather than later.

By my at home measurements she is about 22.5 lbs.  She is still wearing all 12 month clothing, but can probably start wearing some 18 month stuff.  She is also still in size 4 diapers during the day and at night.  She is eating 32-40 ounces of formula per day and still gets at least one meal of food most days.  We are starting to try table foods and offering chunkier items, but she is still having a handful of gagging issues and doesn't do much self feeding.  We have also started offering a sippy cup and we get ready to transition from formula to milk.  We did a scooter photo shoot on Sunday with her cute motorcycle jacket and shades.  I was hoping she would wear them, but that wasn't happening. 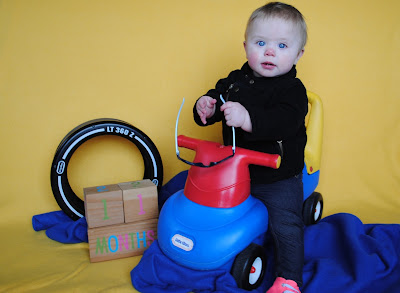 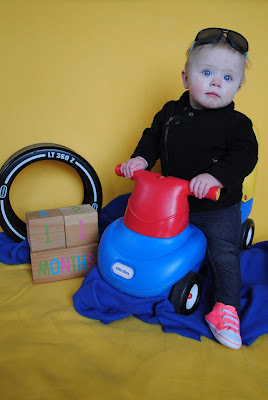 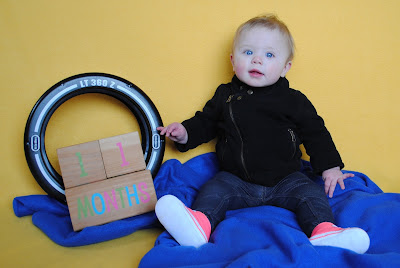 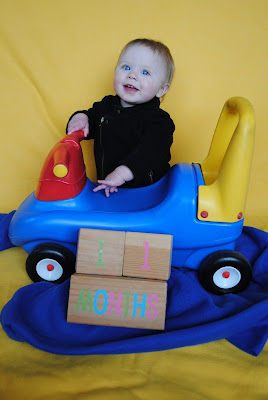 Happy 11 months Esme, we can't wait to celebrate your birthday next month! 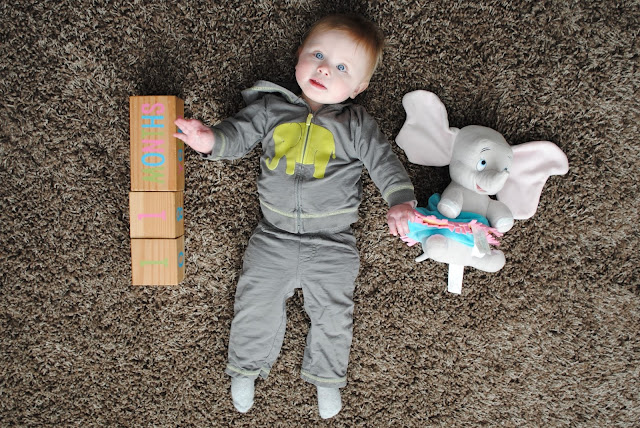 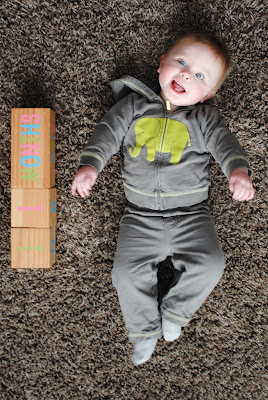 Posted by Lesa Herrmann at 9:38 PM