Parker really started getting in to his tricycle last year and has been riding it a lot this spring.  We thought it might be time to get him a bike, so we borrowed a small one from my parents.  It quickly became one of his favorite things to do.  He would talk about it in the car on the way home from adventure club and loved riding up and down our long driveway.  It was time to get him a bigger bike that fit his size.  We stopped at a few stores, but none of them had anything in stock, so I ordered one online from Walmart.  It came a few days later and I couldn't wait to put it together. 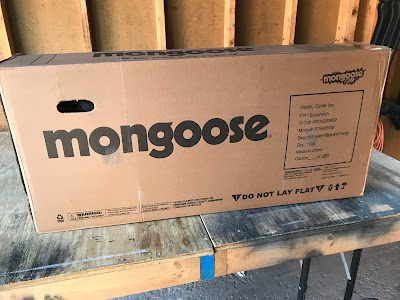 I quickly realized I would need a silly amount of metric allen wrenches.  After striking out with the neighbors I ran to Ace Hardware.  We should be set any future projects now. 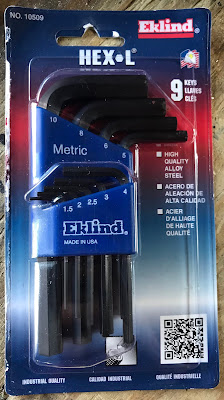 It was mostly assembled and didn't take too long to complete once I had the right tools. 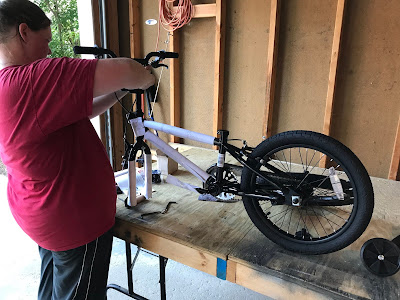 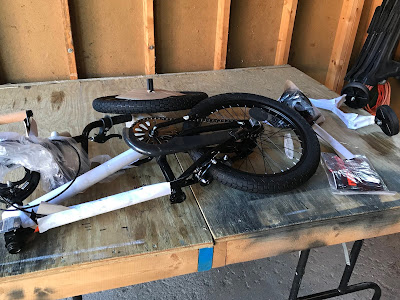 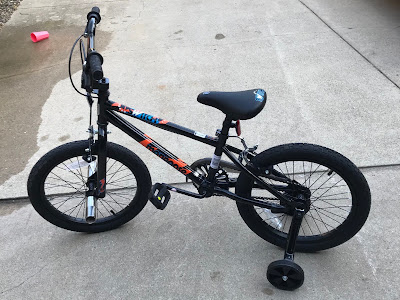 Parker was so excited about his new bike!  I was too and forgot to put on his new helmet.  We haven't been making him wear one on the little bike but he sits a lot higher up on this one and there will be a learning curve learning to ride it.  I hadn't filled the tires up the first time out.  Once they were fully inflated he was easily able to pedal the whole driveway.
It's gonna be a fun summer! 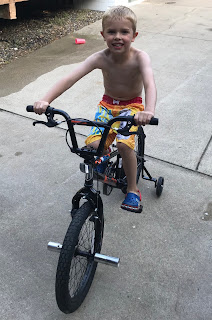 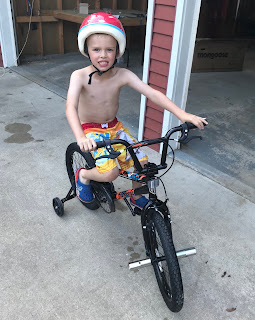 Posted by Lesa Herrmann at 9:51 PM