We officially have a 1st grader!  Parker finished up Kindergarten this week.  He had a program at school on Monday that both Jimmy and I were able to attend.  I was so excited when his teacher emailed to ask if it was ok if he participated with a para holding his hand.  Of course I was!  He did so well during the program and it brought tears to my eyes watching him included with the rest of his mainstream classmates.  They sang three songs and each student received a certificate of completion. 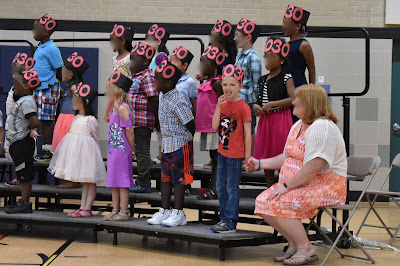 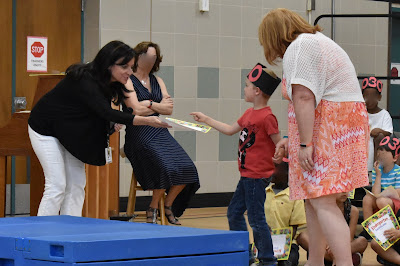 We had a rough start to the year, but most of it was so wonderful watching him learn and grow from week to week.  Both of his teacher did so much for him this year.  He will have the same special ed teacher for first grade and will also be in her extended year class in July. 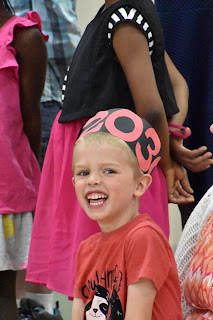 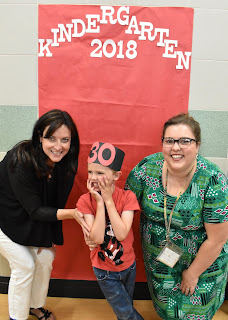 His last day was Wednesday so I made some donut cards with Dunkin' Donuts' gift cards for his teachers, paras and other helpers. 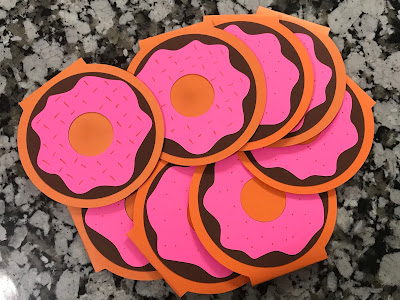 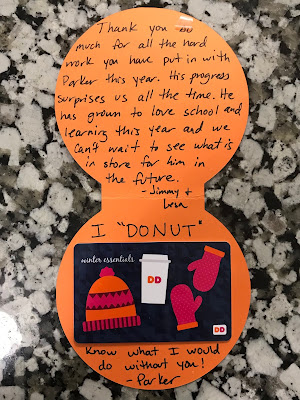 Last day off the bus.  Parker isn't as excited as Jimmy apparently. 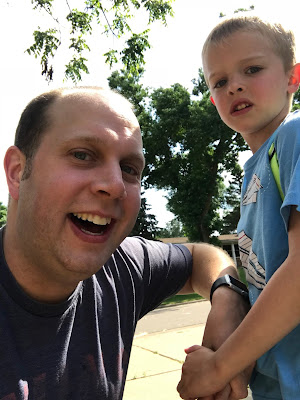 It's not dramatic, but I can definitely tell he's grown up this year.  It's going to be a great summer! 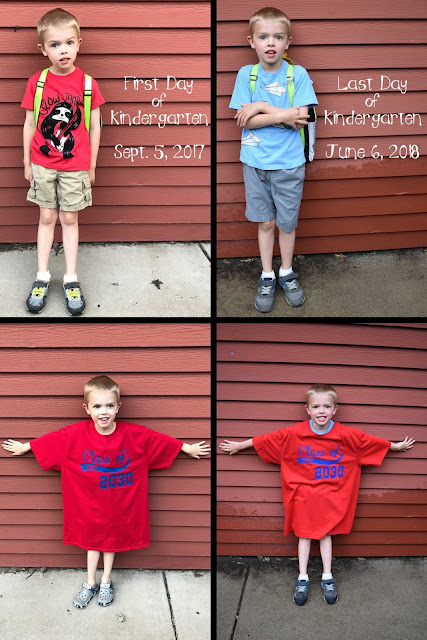