I've been trying to get out to Madison's Place since it opened two years ago.  It's in the eastern suburbs of the twin cities, which makes for a 40 minute drive.  This is the main reason we haven't made it out yet.  I originally heard about it on an autism parents Facebook page.  It's an all inclusive adaptive playground that caters to kids of all abilities.  I became even more interested when I watched the ribbon cutting video and saw one of my co-workers there.  The Madison Claire Foundation is the organization that built the playground.  It turns out Madison was the half-sister if my co-worker and he is on the leadership team.  We finally made a point to get out there on Saturday and we had so much fun!  There was something I had never seen at a playground around every turn.  Esme found all the slides and Parker found all the wheels to spin. 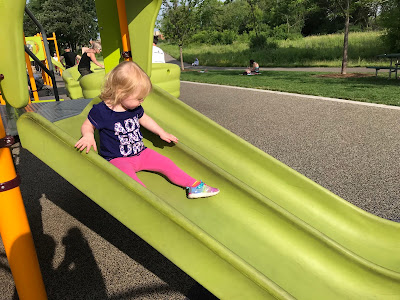 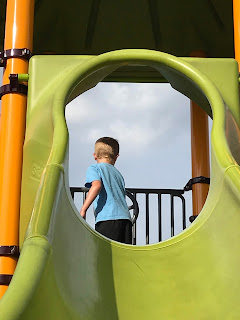 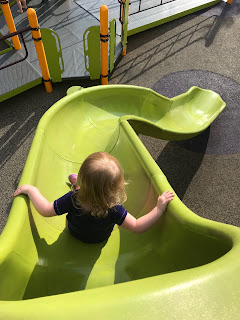 There is a sensory tunnel that can give kiddos a chance to chill out and calm down. 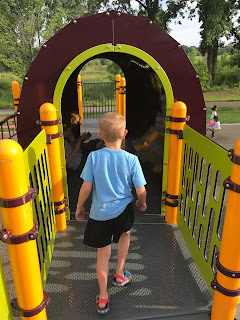 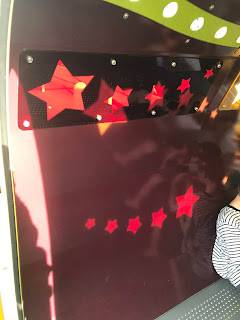 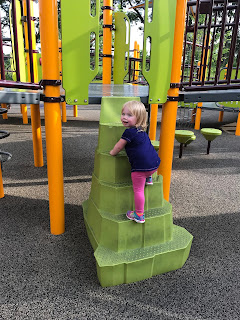 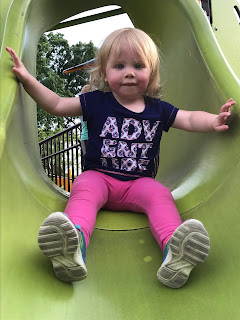 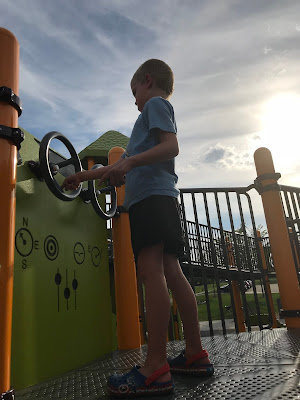 I was most excited about the adaptive zip line.  Zip lines have been popping up at playgrounds everywhere, but I haven't been able to get Parker to try traditional ones.  This one is easy to sit in an has a latch to keep the kiddo safe.  He really liked it!
They also have a splash pad on site.  I didn't bring the kid's suits since we only had about an hour, but I did bring a change of clothes in case they wanted to get wet (which they did.) 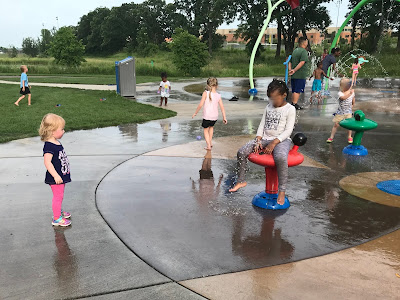 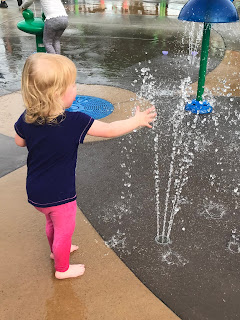 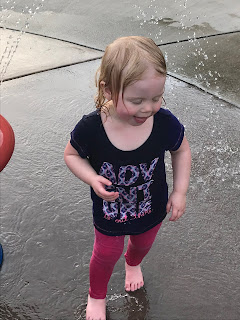 This place exceeded all of my expectations.  We are going to have to come back again when we have more time. 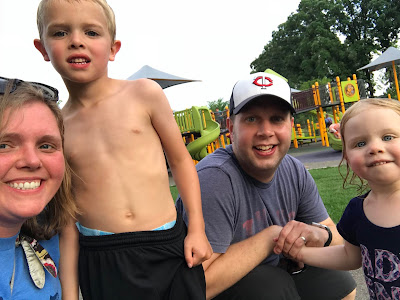