We celebrated my dad's birthday on Saturday.  His favorite cake is german chocolate.  I have always talked about making it from scratch, but it's pretty laborious.  I finally bit the bullet and made it this year.  The batter requires egg whites to be beaten to stiff peaks and folded in, and you have to stir the frosting base constantly while cooking for about 15 minutes.  I was really happy with my results, but what would the birthday boy think? 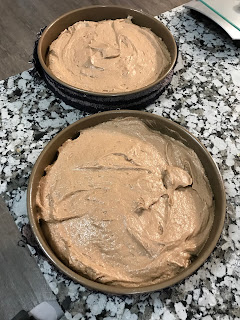 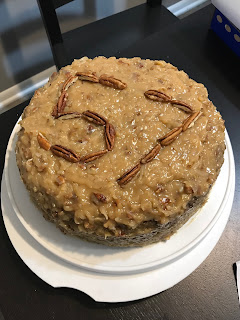 We sliced in for a late morning snack and the verdict was favorable.  He said it was amazing and has already asked for another one for Christmas. 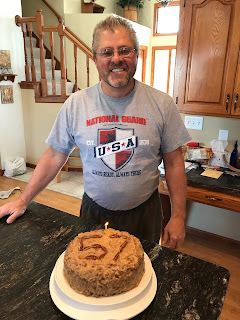 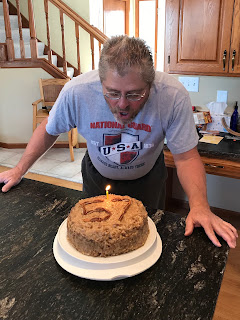 We also watched the Nebraska-Minnesota football game which was the perfect opportunity to use Esme's blanket she got last Christmas.  At first we were going to have the leader's side out, but the Gophers were really pulling away, so we switched to whoever scored last.  Esme was obviously a bit devastated at the score. 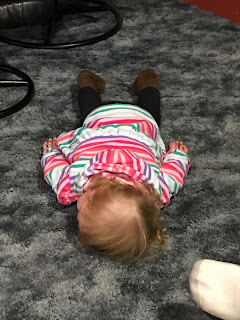 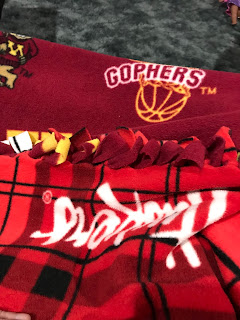 We had ribs and stuffed pizza for dinner to finish the celebration.  Happy Birthday Grandpa! 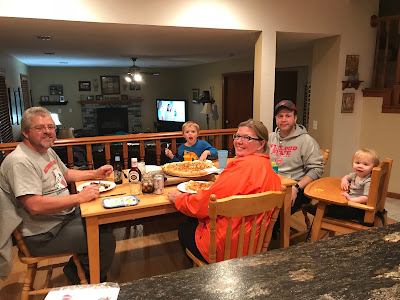