The fall has always been busy for us and being a family of four has just made it more so!  I was hoping to get to the pumpkin patch earlier in the season, but it just didn't happen.  We had a lot of fun despite the overcast and chilly weather.  The corn pit has always been Parker's favorite and Dehn's Pumpkins has the cleanest one we have been to.  There is bits of hay, but it isn't dusty at all!  This is the same place we went in 2012 and 2014. 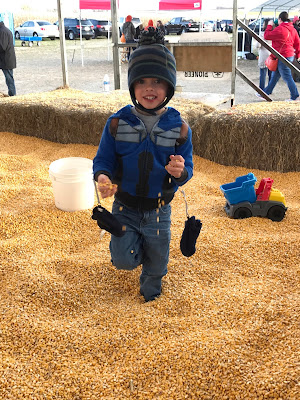 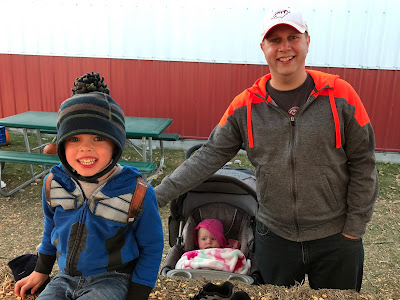 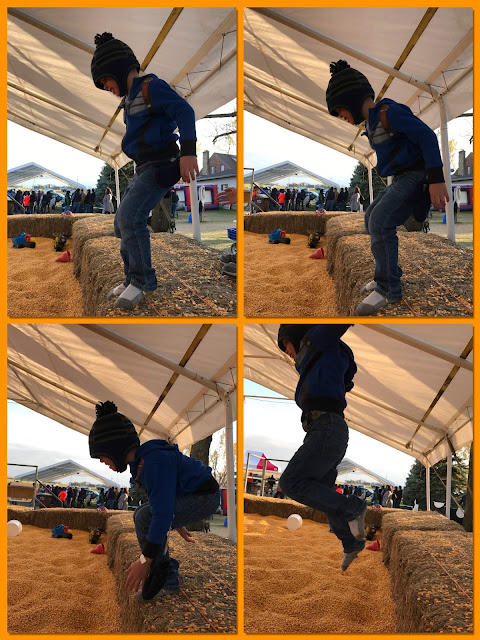 We dug a little hole for Esme to sit in for a bit.  This was the best picture I could get of the two of them. 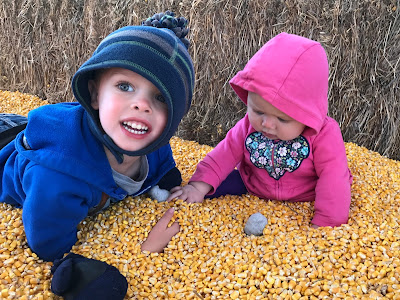 Unlike Parker's firest visit in 2012, she was ALL about eating the corn, so she wasn't in long.  It was also pretty chilly out and we wanted to keep her bundled. 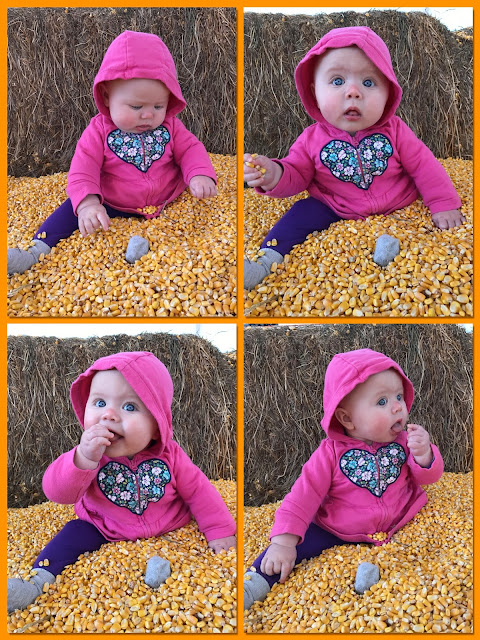 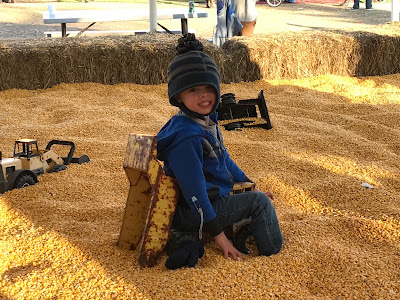 I was surprised there wasn't more people out.  We waited until after the Vikings game and I thought more people would have done that too.  The pumpkin jumper was totally empty and Parker had a blast! 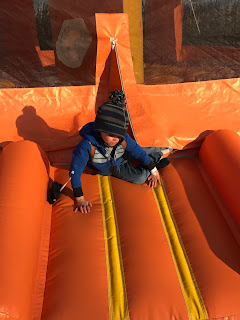 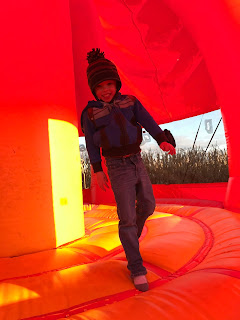 We went out in to the patch, but the pumpkins were very picked over, so we didn't get any.  Parker liked riding in the wagon...until the wheel fell off!  We just abandoned it and walked back!  By then I was time to go since it was only getting colder.  I am glad we were able to make it out before the season was over. 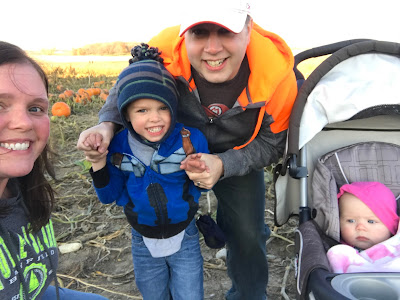 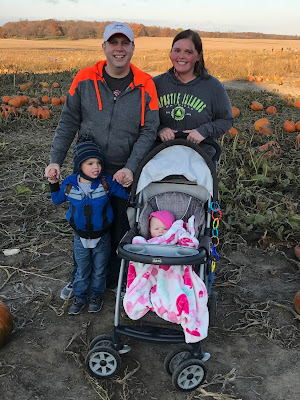