It has been a pretty beautiful week here so we went to a lot of parks!  We hit up a couple within walking distance earlier in the week. 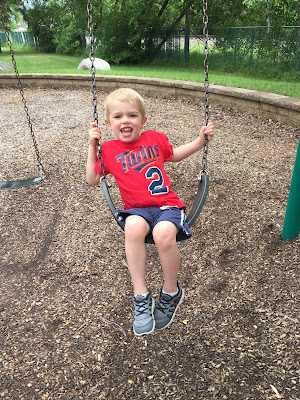 On Thursday morning we checked out a huge new park in Maple Grove, Central Park.  It is right next to a big pond that Parker kept running towards which made me nervous.  I had Esme in the carrier, so at least I was able to kinda jog after him.  There were swings and rock walls and ropes and so much more! 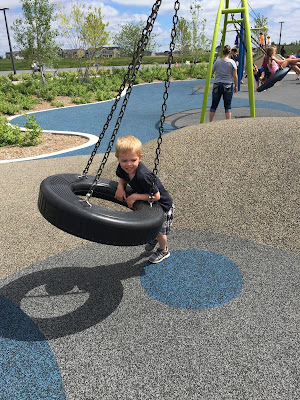 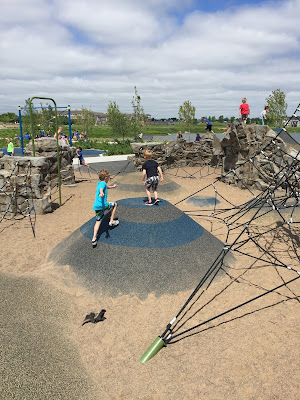 We finally came across an awesome slide made of rollers and he was hooked! 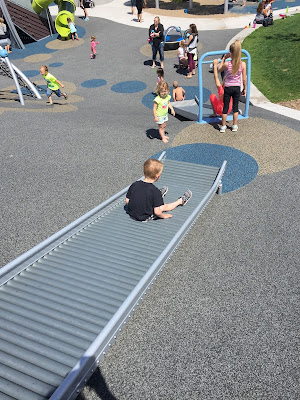 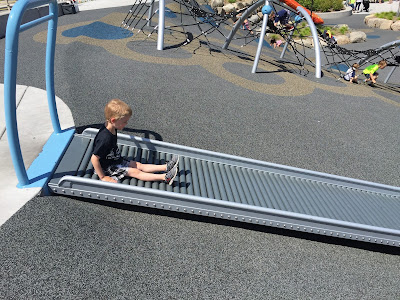 We stopped at Costco to pick up some pictures and walked around for "lunch."  Mmmm...mini pizza! 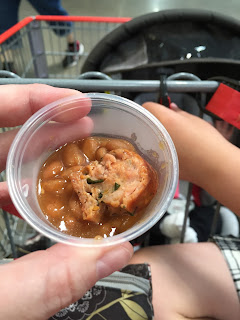 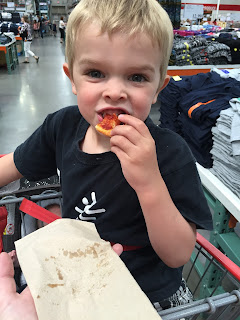 Friday was date night, so we picked up some pies at Element Pizza.  Jimmy picked the spice sausage (it was really spice) and I got the alfredo with chicken!  This place isn't too far from my work, which is how I first found out about it. 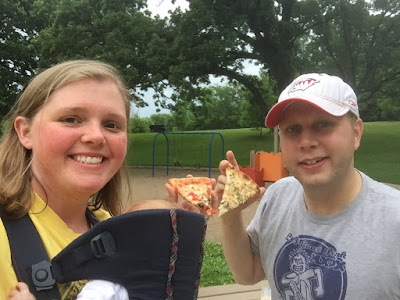 We took the pizza to another new park not too far away, Columbia Park. 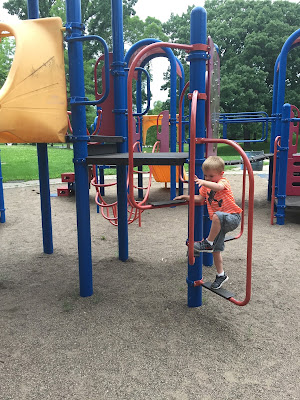 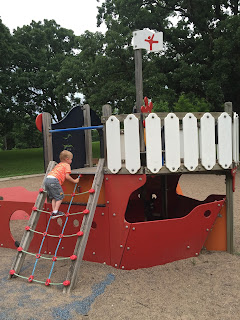 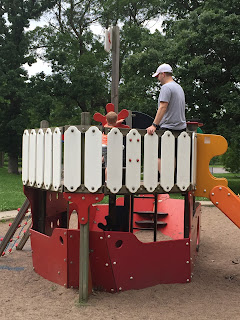 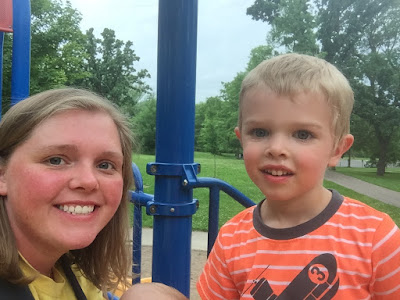 My friend and co-worker Rick stopped by for a visit after his Saturday shift today.  He isn't really a baby guy, but I made him hold Esme a few weeks ago and now he thinks she is pretty cool.  He kept asking if she was gonna get angry or puke on him...silly guy! 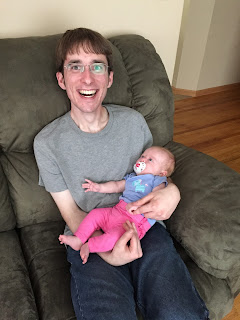 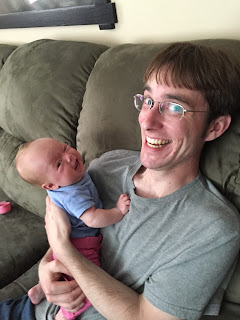 We'll finish the week with some extra cuteness.  Here are her 9 week pictures from Thursday.  We just did some on Tuesday for 2 months, but I didn't want to miss a week yet!  Go Big Red! 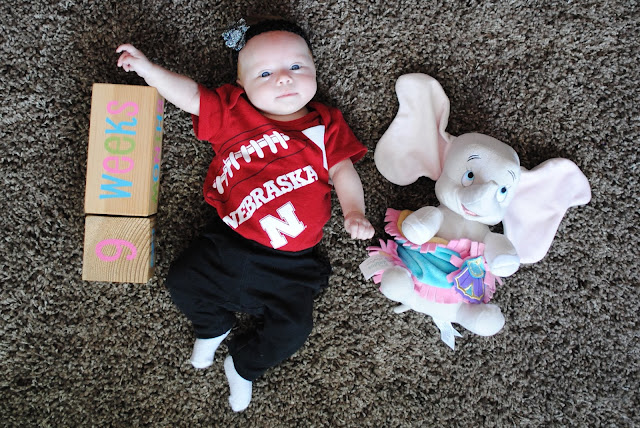 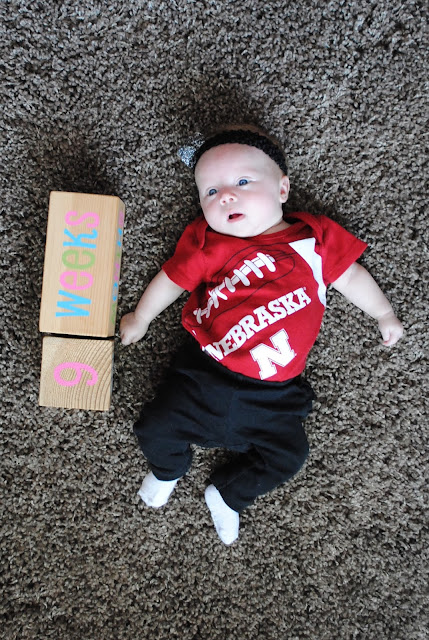