We went to our local vehicle fair today.  There were so many different vehicles to look at and climb in!  We mostly tried to let Parker explore on his own, but did gently direct him through the fair.  It was a cloudy morning, but we only got a few sprinkles.

The puppet trailer was our first stop. 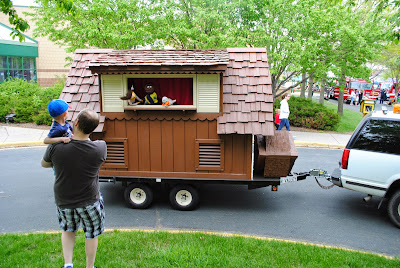 They sang songs and Parker danced along with them. 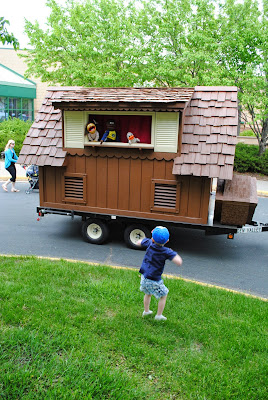 We tried to put him in the sheriff boat, but that only lasted about 5 seconds... 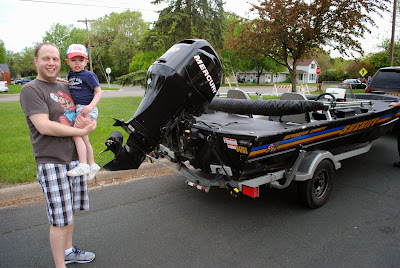 His favorite vehicle was the special ops truck!  He would have ran around that thing all morning if we let him. 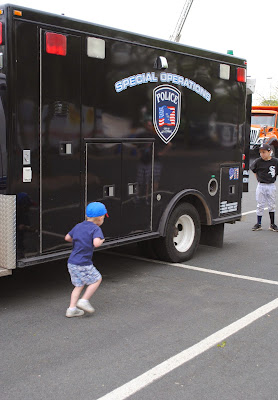 Jimmy thought it was pretty awesome too! 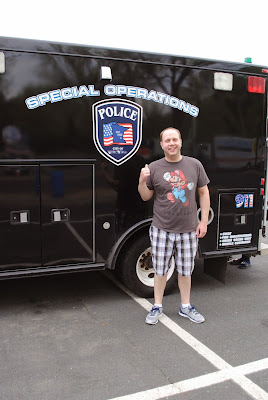 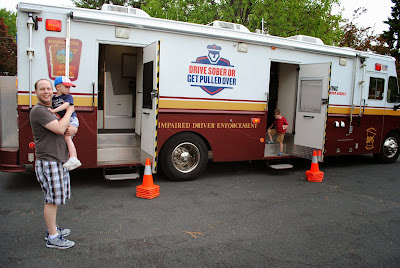 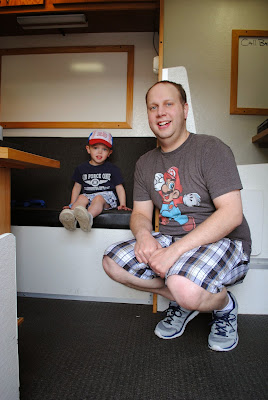 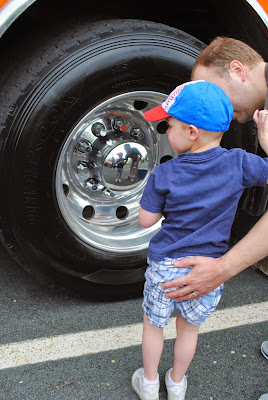 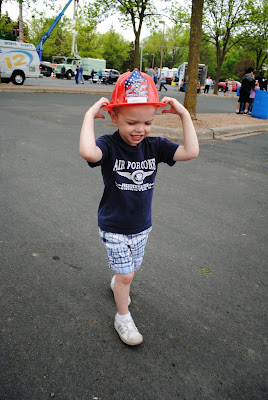 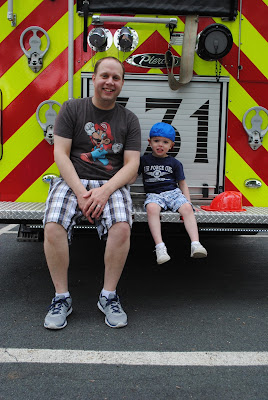 The excavator was our last stop.  It was quite fitting since his one of his favorite videos right now is about excavators!  He did really well, even after getting scared at a very loud horn.  Hopefully this is just the beginning of an epically awesome summer! 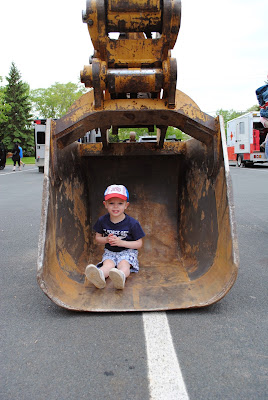 Here is the awesome excavator video, you can thank me later!

Posted by Lesa Herrmann at 9:39 PM