Night out in St. Paul

Tonight was date night!  It was my turn to plan so I decided we'd go to Casper and Runyon's Nook (The Nook) in St. Paul.  They have a bowling alley in the basement and I was hoping we could bowl while we ate, but it was closed for a private party so we just waited for a table.  We have been a couple times in the past, but it was years ago, prior to rebuilding after a fire. 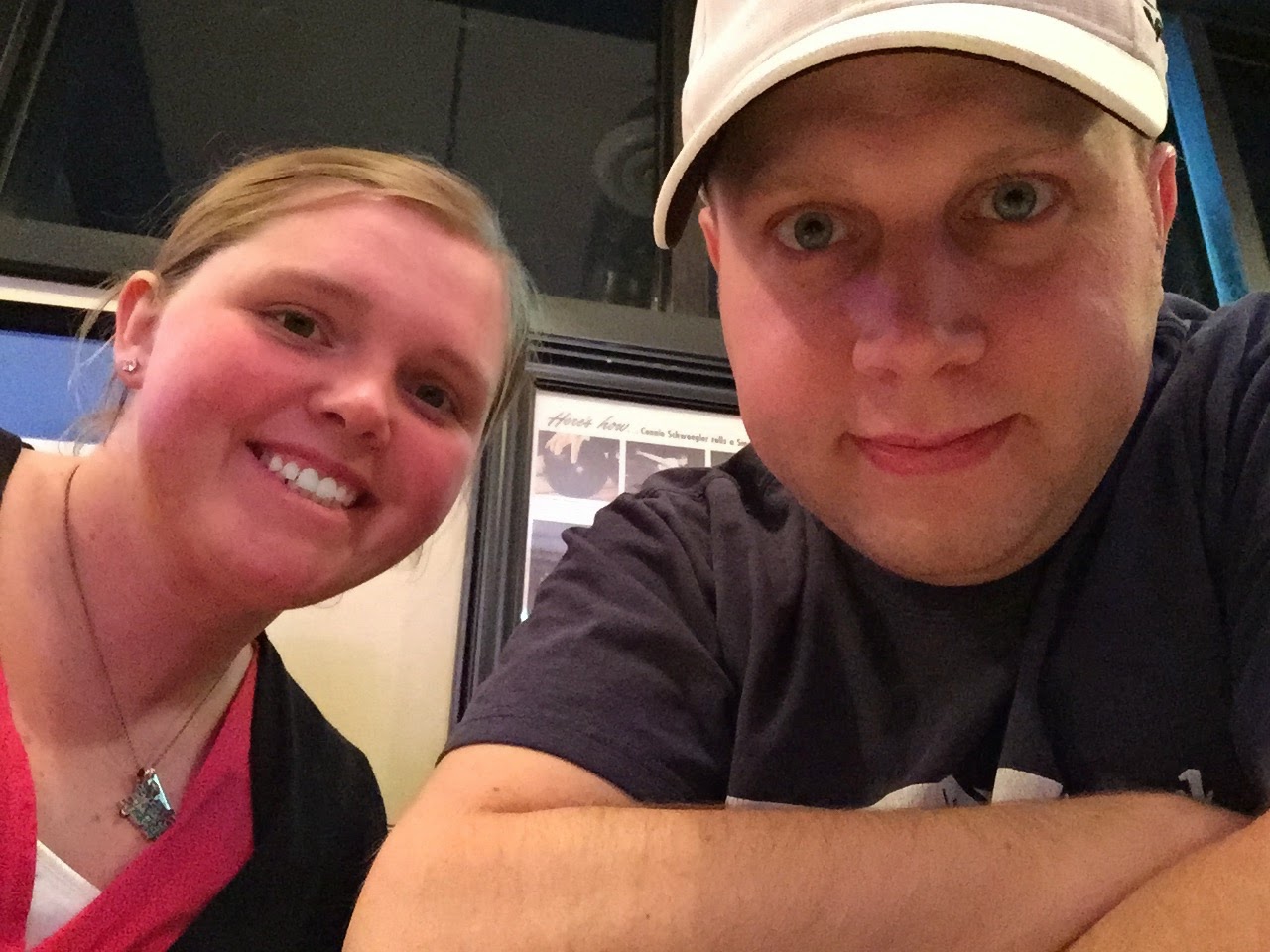 It was just as delicious as last time.  The Nook is famous for their juicy nookie stuffed burgers.  Jimmy went with the original, stuffed with american cheese.  I branched out and got the spanish fly.  It is a mix of beef and spanish spiced pork stuffed with queso! 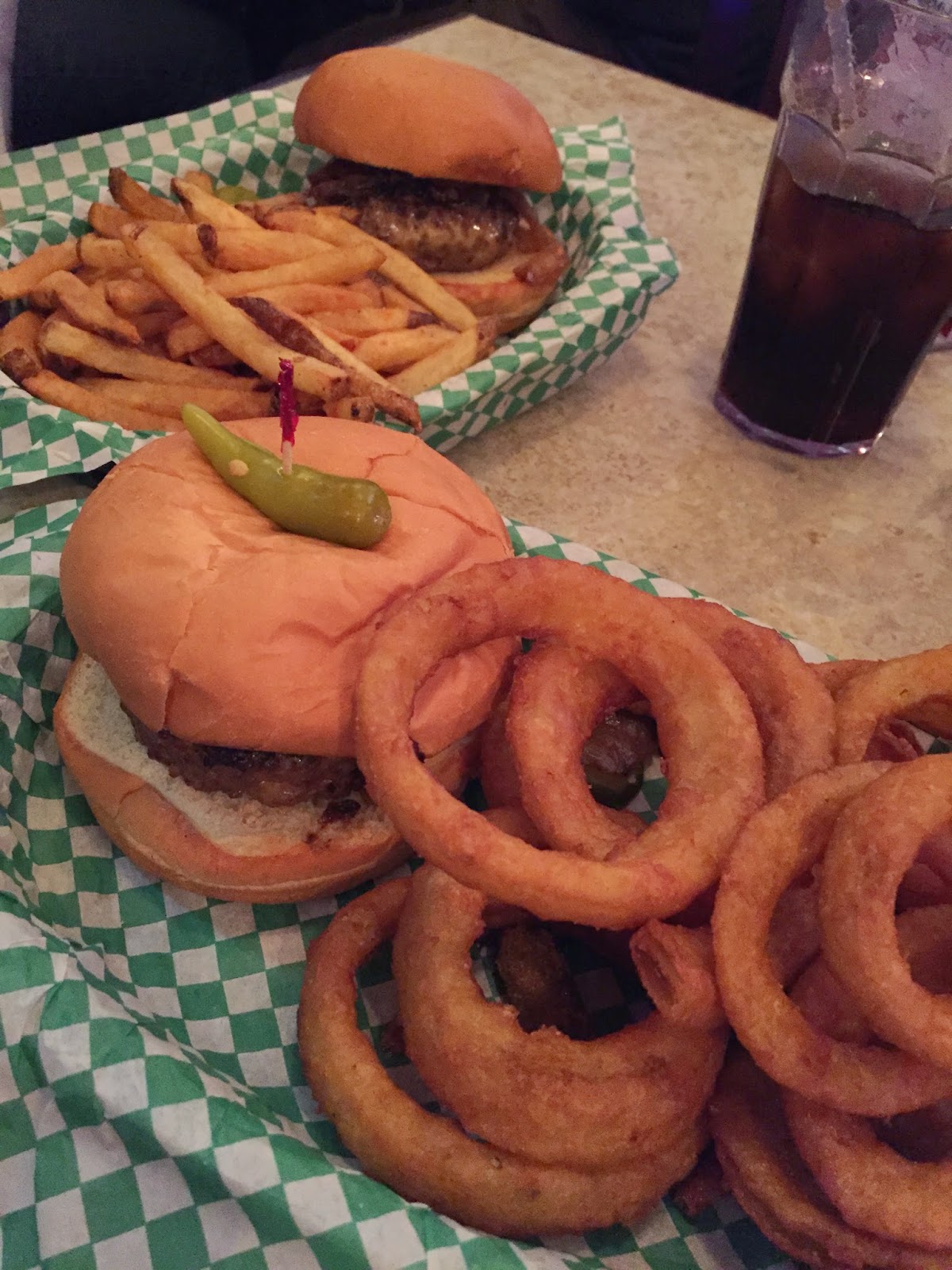 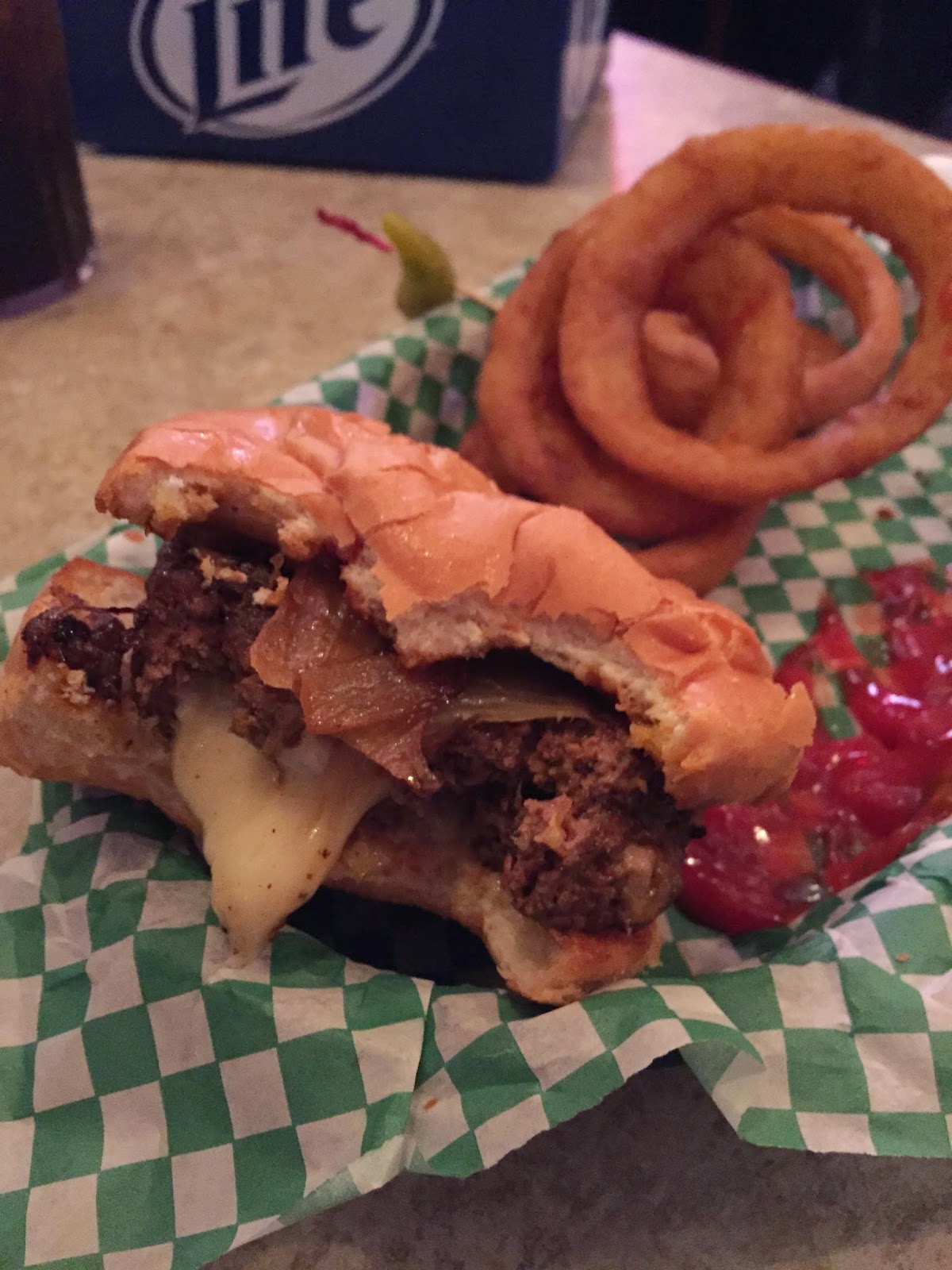 On a whim, I decided we'd go check our Gigi's cupcakes because they were just on Undercover Boss. Unfortunately, Google led us astray and it was not open when we arrived.  We "settled" for red velvet cake from Mort's Deli instead. 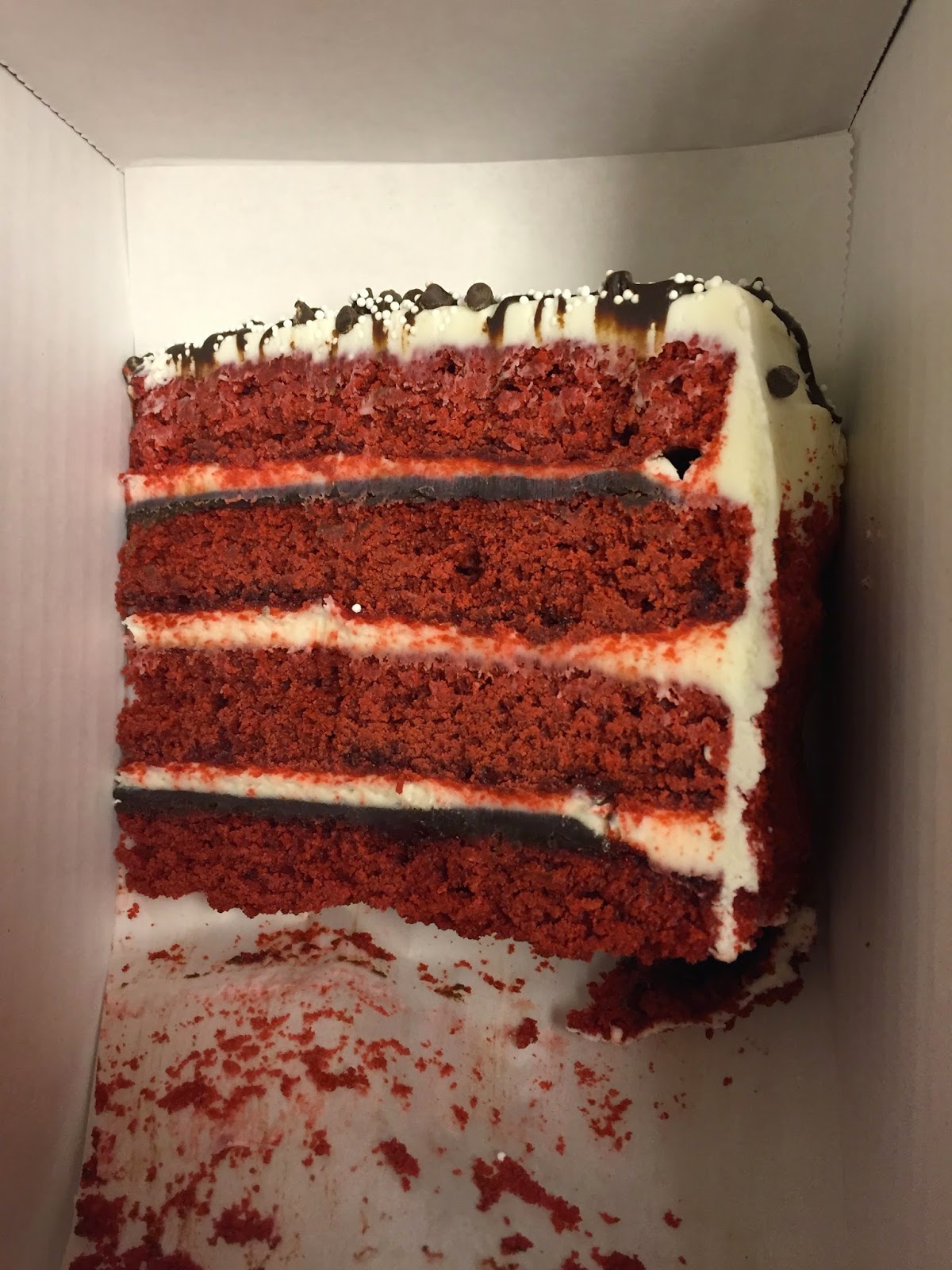 We finished the night watching the last few episodes of Seinfeld.  Such a great show and even better in order!  Dad, now it's your turn, please don't force mom to watch it with you!
Posted by Lesa Herrmann at 10:19 PM