Be a Hero, Get a Vasectomy

This is a much overdue post, but I wanted to make sure I got around to it.  I started a draft forever ago, but it must have been deleted.  I intended to post this November 18th to coincide with World Vasectomy Day, but now with have to do.  I will also mention that I have Jimmy's full approval to write this half narrative-half PSA post.


I mentioned in this post that Jimmy had a minor procedure.  That procedure was a vasectomy.  We always discussed having two kids.  Throughout my entire pregnancy I wasn't sure that I was going to be ready for the child bearing years to end.  I missed being pregnant after Parker was born and enjoyed almost every moment.  Once Esme was born and we finally brought her home I had almost an instant feeling that our family was complete.  I was so happy to have peace about our family being complete.  There are so many other logical reasons for us to stop at two, but the emotional reason can be the most important.
Long before we had kids Jimmy always said he would go in for a vasectomy, but as the time approached he got a little nervous, which is very common.  Both of us researched the options and knew that it was the safer, more effective, and cheaper for a man to have a permanent birth control procedure.  We also learned in talking with others that many people put off permanent birth control for years and significantly more women get procedures than men.  Sometimes it is a cultural or religious choice and sometimes it just makes a man feel like less of a man.  Jimmy really didn't want to go in for the procedure when it came time, but he did it for the sake of my health.  As he so eloquently put it, he is a "hero for women everywhere."  That was one of the things he said while talking the evening after his procedure.  After learning about all the men the refuse to have the procedure I have to agree!

You can find a direct comparison of vasectomy and tubal ligation here.  If for no other reason, the failure rate is the most convincing stat for me.  The point of permanent birth control is to prevent pregnancy.  Most people would not want to risk a failure rate of almost 2% when they have made this choice.

World Vasectomy Day is all about educating men on the benefits of the procedure and actually performing them as well.  This year's event was November 18th in Nairobi, Kenya and next year will take them to India.  These are both countries and cultures that look down greatly on vasectomies.  It is so important to encourage men to take responsibility for their reproductive health.  It is a benefit to the man, his partner(s), and his children.  So, if you and your spouse are considering a permanent option I implore you to choose a vasectomy.  If my ramblings aren't enough to convince you then do the research, look at the numbers and make the decision that is best for the health of your whole family.  Plus, if you are lucky enough to have an awesome wife like me you will get a plush little nest to recover in. 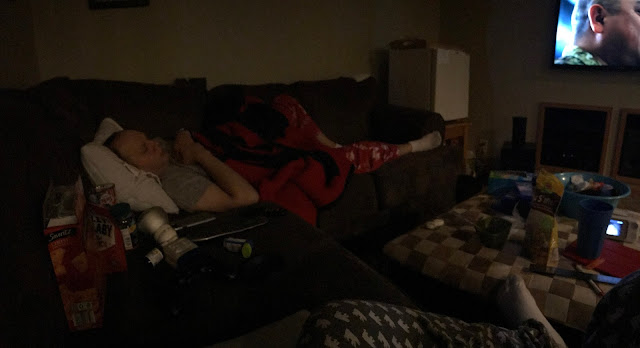 As my post in November said, I was a tired lady that week!  I even had to leave myself a note to pick up the kids each day since it isn't normally my job.  I only drove home one day without getting them, but it turned out Jimmy felt well enough to get them and didn't tell me. 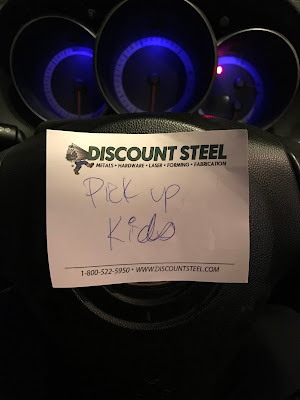 We also got some help from my parents who took the kids for a night so we could both get some rest. 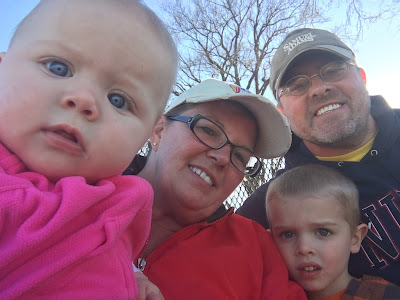 Remember, be like Jimmy, be a HERO, get a vasectomy!
Posted by Lesa Herrmann at 10:46 PM