Back in September I booked a surprise trip to NYC.  I broke the news to Jimmy on Thanksgiving and he was so excited!  We had a 7 am flight Friday, December 16th and arrived just before 11 am. 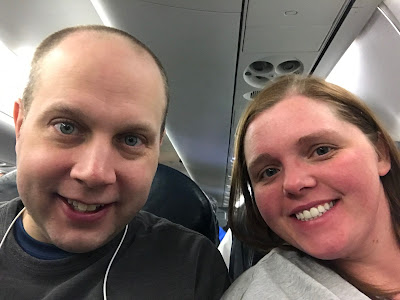 Our first view of Manhattan from the sky. 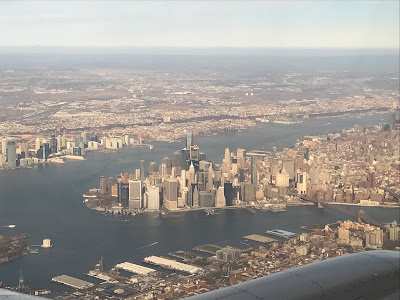 Traffic was terrible getting out of the airport, but we made it Katz's Deli for lunch just after 1 pm.  We walked right in the door and only had to wait for two people to get food.  They have 7 cutting stations so people can move through very quickly.  We got there at the perfect time because the line was all the way down the block when we left. 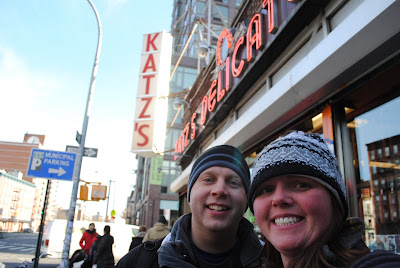 We got a reuben the last time we were here in 2010, but opted for the pastrami and matzo ball soup this time.  The meat was literally falling apart, it was so good! 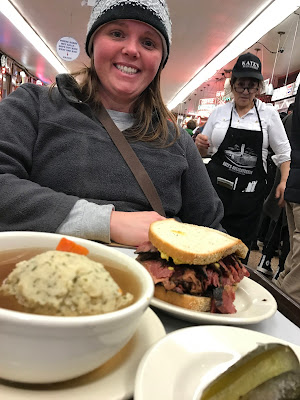 We checked in to our hotel after lunch.  It was only a 5 minute walk from the World Trade Center so we headed there next.  I originally planned to do the observatory on Saturday, but it was a perfectly clear day and the rest of the weekend was going to be cloudy.  I didn't want to risk being in the clouds, so we went on Friday.  We lucked out with a short line again and were to the top in less than 30 minutes.  The picture below on the left is from our trip in March 2010.  One World Trade was only 15-20 stories tall and now stands at 104. 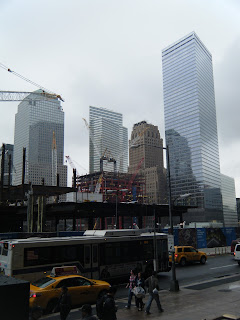 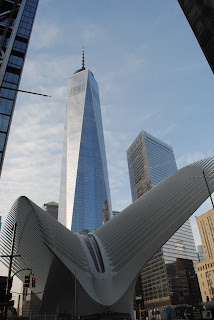 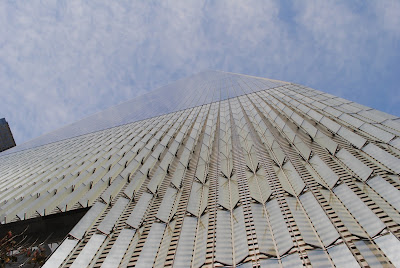 You could see all the way uptown. 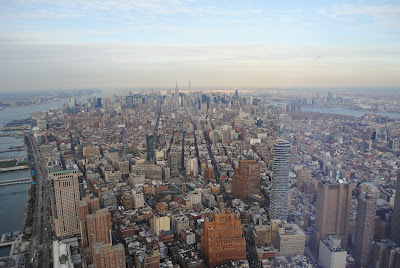 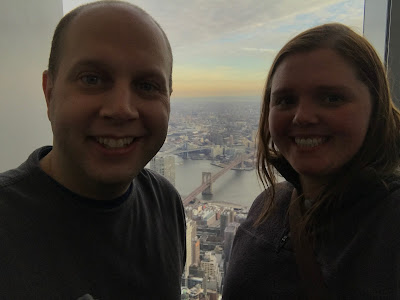 A new WTC transportation hub was built after 9/11 and it is a beauty of engineering and cost almost $4 billion to construct.  The street-level structure is called the Oculus and was designed and positioned in a certain manner so that the sun with shine in without shadows during the morning of September 11th. 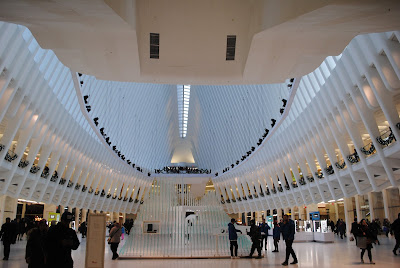 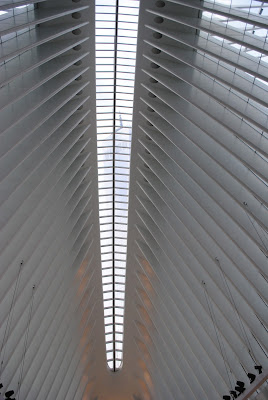 This is also where we visited our first Apple store of the trip.  I not-so-secretly wanted to visit all 7 in Manhattan, but it was Jimmy's trip, so it was up to him. 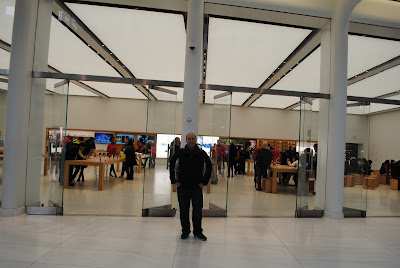 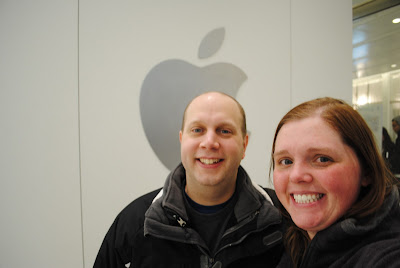 We spent the remainder of the afternoon and evening hopping around town on the Subway and on foot.  We stopped at Times Square for the requisite tourist picture. 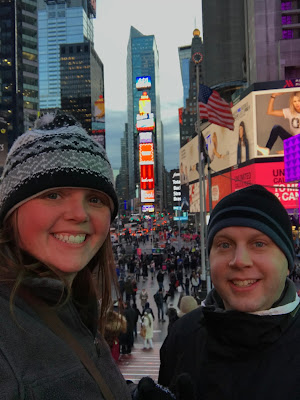 We walked to Radio City Music Hall where they had displays of giant Christmas ornaments and lights. 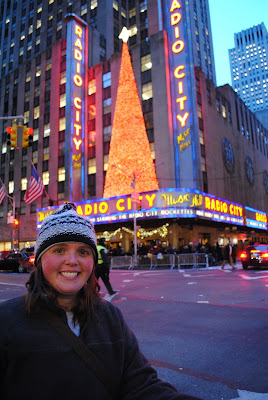 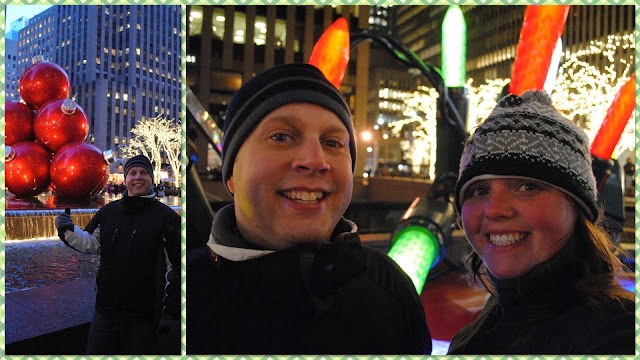 We continued north past Trump Tower.  The security outside was crazy!  Police at every corner and press stationed at all hours. 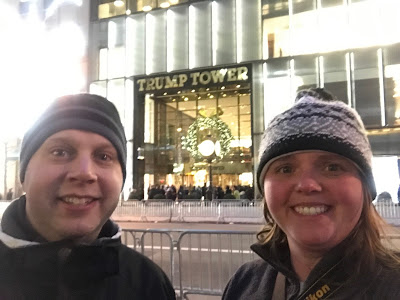 We continued up to Central Park, then got on the subway to Grand Central Terminal (you were correct dad!), also known as Grand Central Station.  This was our main subway hub during our last trip to NY and we had several meals in the dining concourse here. 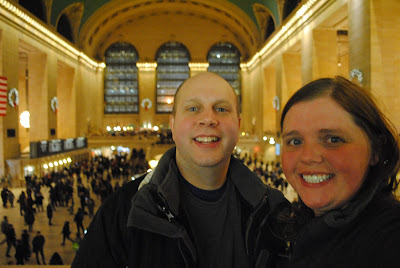 We visited our second Apple Store of the trip, which is in the main concourse. 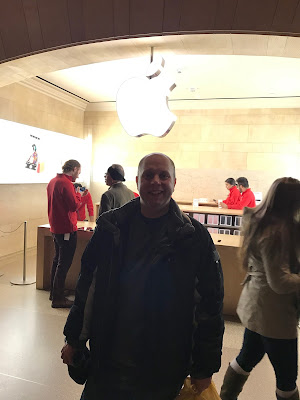 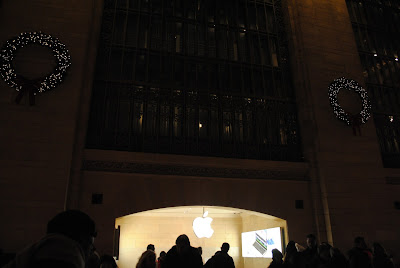 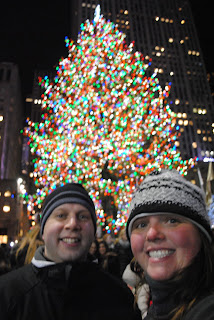 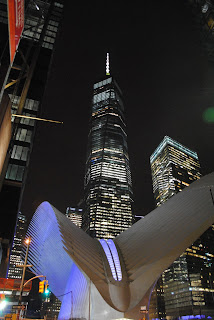 I was so glad we did because there was only a few other people there.  We got to spend as much time as we wanted reading names and reflecting the events the memorial was for. 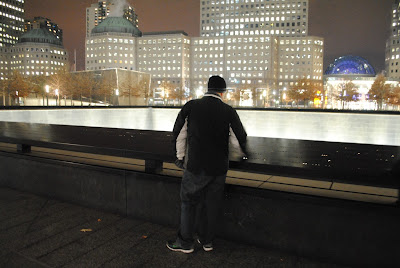 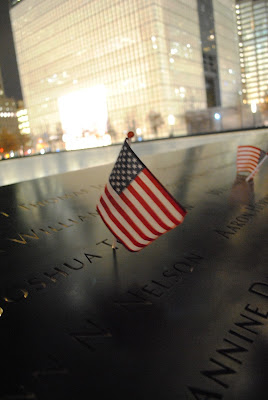 We took the opportunity to walk the complete perimeter of both pools uninterrupted, which would be impossible most other times.  I ran my hand across the name and tried to read as many as possible.  I was suddenly taken aback as I read "Deanna Lynn Galante and her unborn child."  Of course there had to be at least one pregnant woman among the nearly 3000 killed that day.  It was all I could do not to break down completely in tears.  I paused and said a little prayer for her family.  As we continued to walk I passed by several more and stopped to pray.  I would later learn there are 11 names listed with unborn children (one from the 1993 bombing) and unknown more who hadn't yet found out, or with families who didn't know or don't want to share.  I feel lucky to have experienced the memorial in thus manner.  There are few places in New York as quiet and serene as that time was. 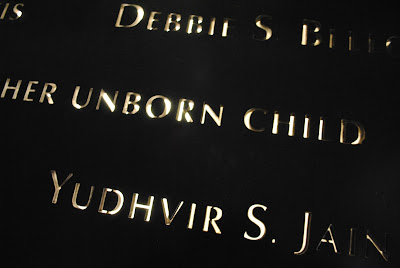 Posted by Lesa Herrmann at 9:48 PM