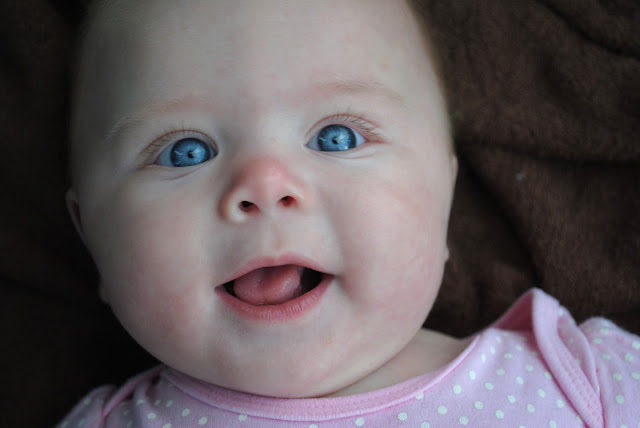 Esme is five months old today.  She loves playing on her activity mat and in the exersaucer (which Jimmy calls the Command Center!)  She will bounce a little, hit the light and music buttons and watch Parker run around.  She started solids this month and has tried oatmeal, avocado, and peas.  I have been much more sporadic with solids that I was with Parker.  We are busier with 2 kids and we also didn't start anything other than oatmeal until 6 months.  She is starting to explore more with her mouth.  She chews on her hands a lot and will also shove her bib up there.  She is starting to get drooly like Parker.  He was a faucet for a good 18 months, so I hope she isn't that bad.  She likes to stick her tongue out and smile a lot (except when I want to take a picture!)  Based on my at home measurement she weighs 17.5 pounds, which would put her in the 87th percentile with over 2 pounds gained this month.

She is wearing mostly 6 month and 6-9 month clothing.  A few of the smaller 6 month things are getting snug, but we should get at least another month out of most of them.  She is still in size 2 diapers, but will move up to size 3 once we use up the current box.  We did start using overnight diapers, which has mostly stopped morning leaks.  She is still eating 7 ounces of formula every 3-4 hours.  She usually has her last bottle in the 7:00 pm hour, then goes down around 8.  Most night she will sleep until at least 6:30.  If she wakes sooner we give her a pacifier and she goes back to sleep.  She can be quite the babbler and likes to make noises when she is happy, which is often.  One of her cutest new habits is how she rubs her eye when she gets tired.  Jimmy likes to rub his eyes before bed, so I think it must be genetic.  She will keep on rubbing for a good 30+ seconds.  It is adorable!

Parker is as sweet as ever with her.  On Sunday he grabbed his pillow and a blanket and laid down next to her.  I think their relationship will only continue to improve as she gets older. 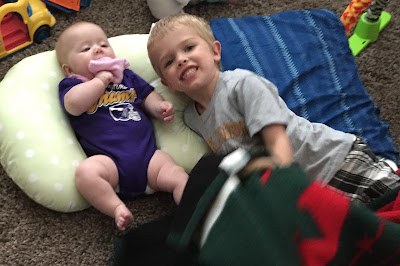 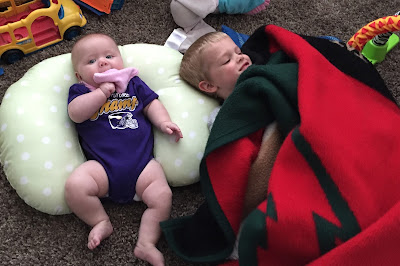 Esme and I started an ECFE class tonight at the same school Parker goes to.  We did ECFE for about 18 months when Parker was a baby and we still have close friends that we met there.  I am hoping to make some new friends with kids Esme's age.  There was 9 babies in the class; Mariel, Luna, Truman, Joanne, Danny, Samuel, Liam, and Cyrus.  The first night was a basic introduction of ourselves and our kiddos.  I am excited to share more about this stage and hopefully form some new friendships. 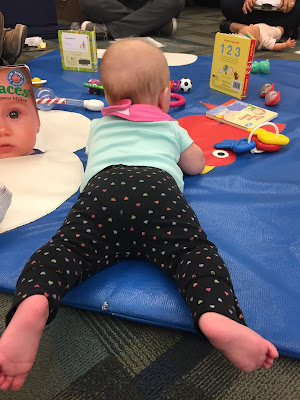 I did her standard pictures this morning and tried a little shoot last night, but she didn't want to smile.  I will probably try to take some more photos this weekend.  Enjoy the rest of your week! 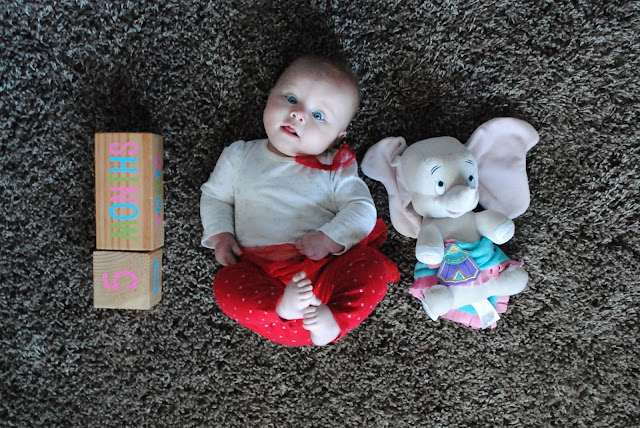 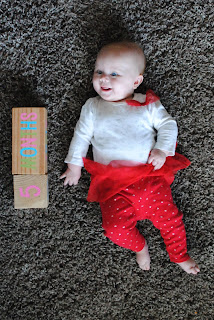 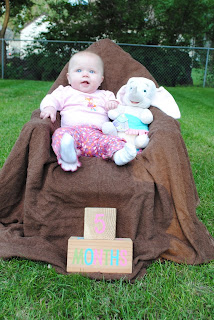