Jimmy called me just after 5 tonight because he heard that a tornado had hit Pilger, NE.  That may not have grabbed the attention of you typical Minnesotan, but it certainly grabbed ours!  Pilger is a tiny town of less than 400 in rural northeast Nebraska.  Pilger is also where my mom was born and raised, and where I spent many summer afternoons swimming and playing with my cousins as a child.

I immediately headed to Twitter to see what what happening and I was shocked at what I found.  The town seemed gone.  Houses, buildings and the entire grain elevator were gone.  I watched videos in disbelief.  I've been to those places so many times and it was shocking to see it torn apart.  It also breaks my heart because I am not sure what will become of the town.  I hope that people rebuild, but I know that many won't be able to.

Two tornadoes ripped through the area at the same time, both likely EF3 to EF4 strength (130-200 mph.)  It is extremely rare to have tornadoes that strong so close together.  The video HERE is cut together to show both funnels developing.  They arrive in Pilger in the final scenes, that was very hard to watch.  The video below actually shows the tornado as it goes through town.
Here are some before and after comparisons based on Google Street view pictures. 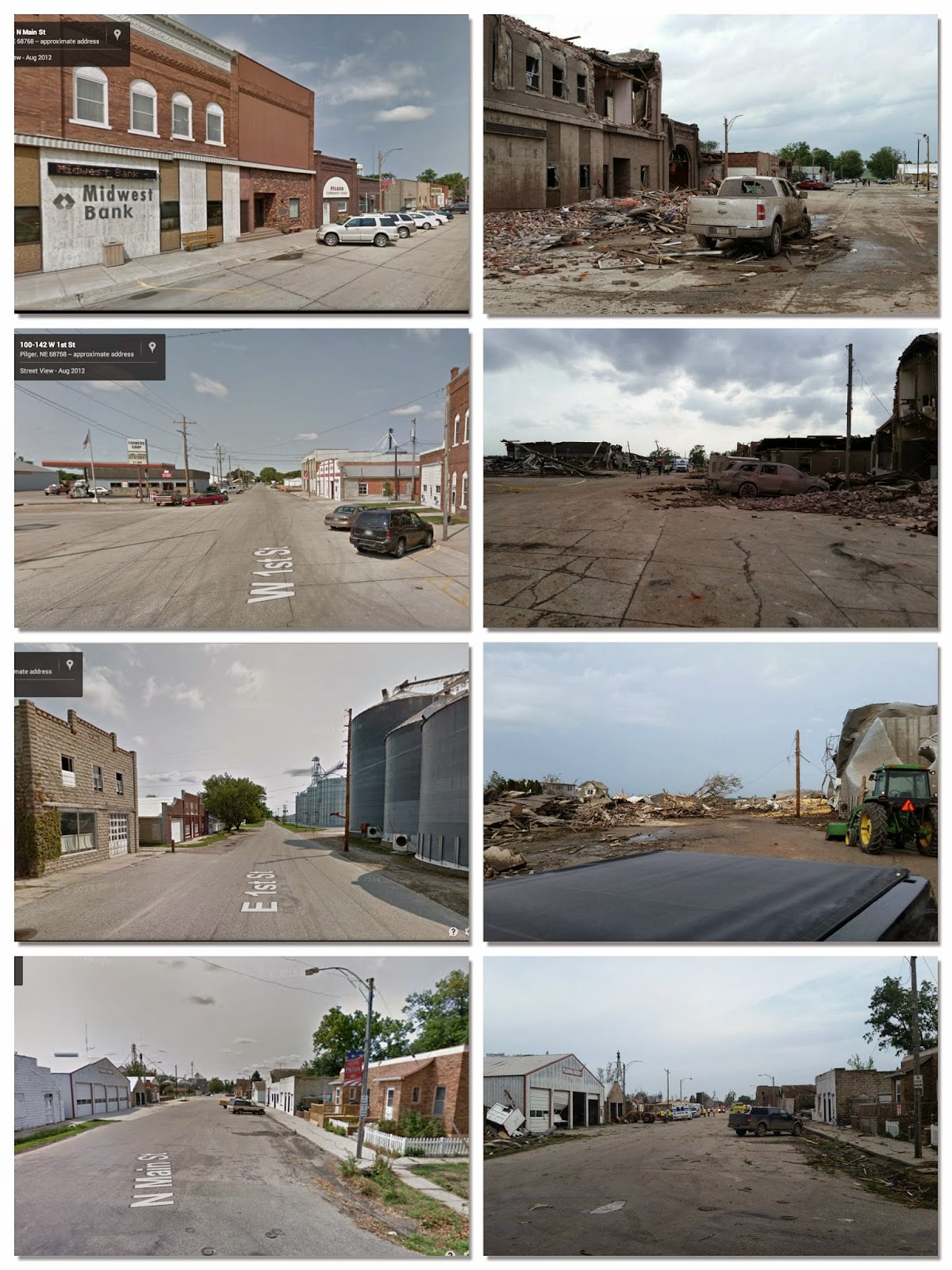 You can also click HERE for more pictures that my cousin posted.

So far, I believe all my family members are ok, but I am certain that search and rescue efforts are not yet over.  I know that several family members houses have been completely destroyed and was told that an uncle and cousin clung to a chimney in the basement for protection.  There is at least one fatality, and while it may not be family, it will likely have a connection because of how small the community is.  I know the world will forget about this tomorrow, but I won't for a long time.  If you can take a moment to send some prayers their way I would greatly appreciate it.
Posted by Lesa Herrmann at 10:42 PM