The last week was beautiful!  It was in the 60's most days and we even hit 70!  Of course, a cold front is moving in as I type and the words "wintery mix" are back in the forecast.  We just have to take what we can get in Minnesota!

The snow if finally gone, but I couldn't help making the last (and first) snowman of the year. 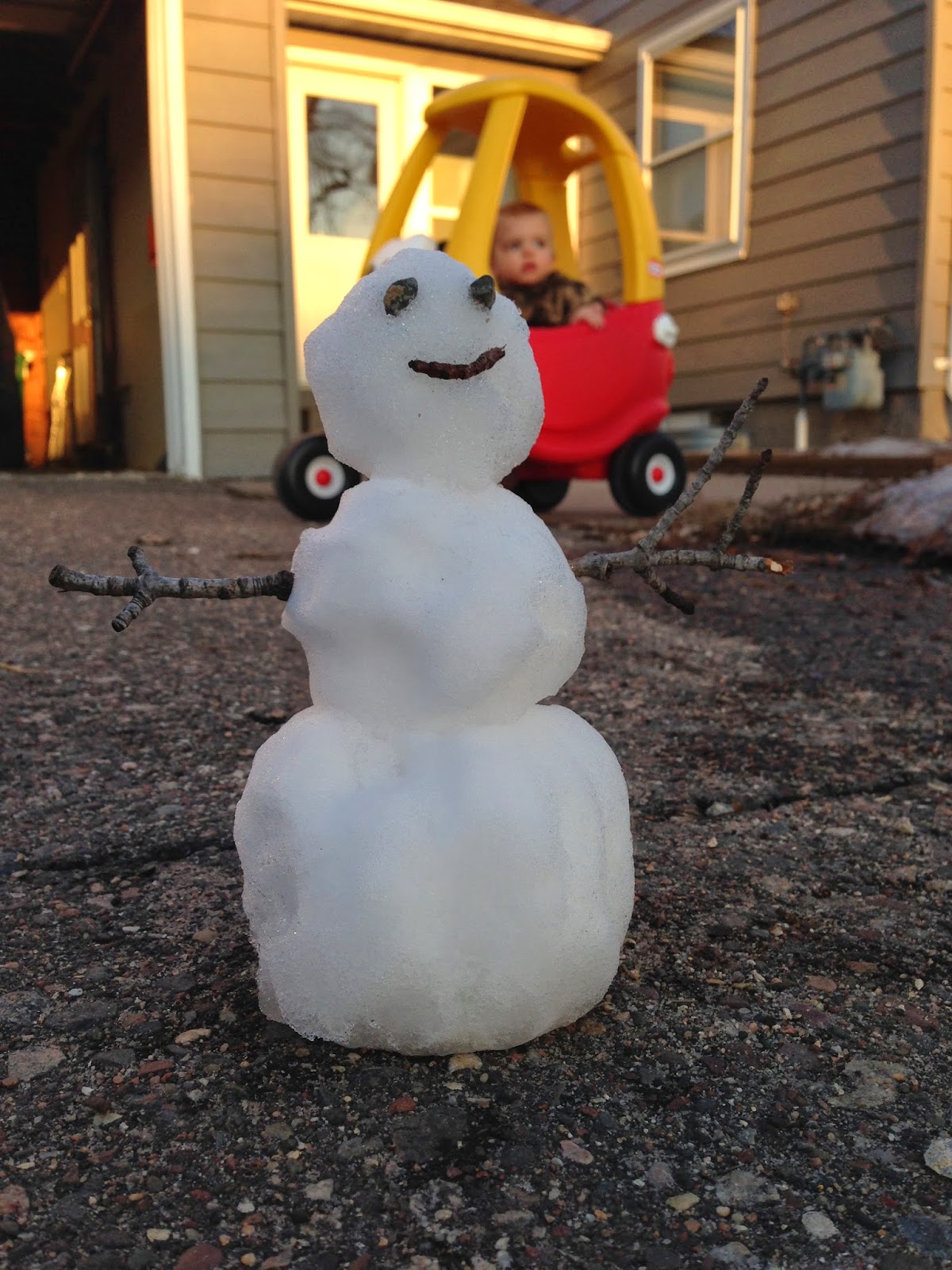 Parker thought it was kind of silly and almost ran him over! 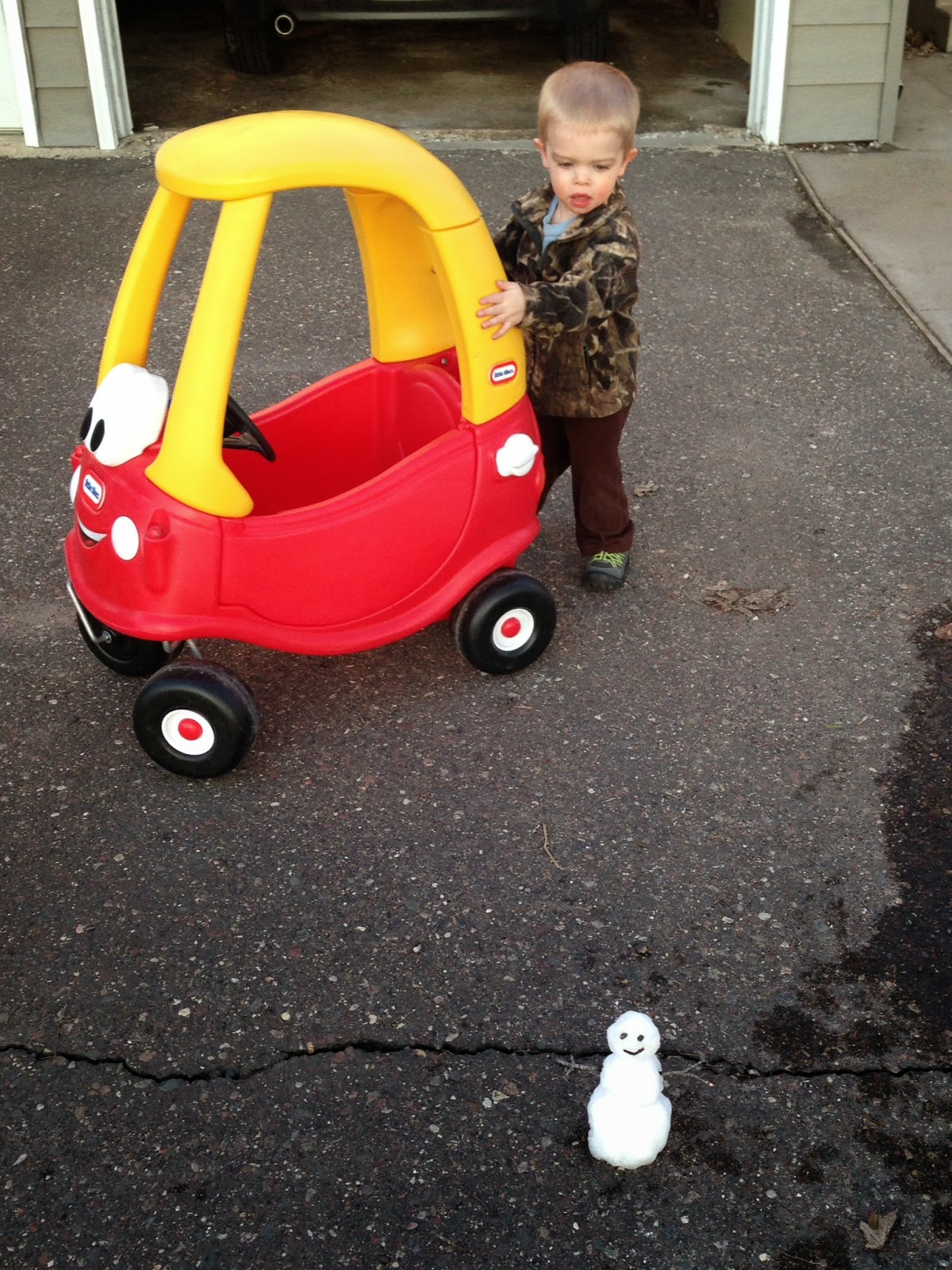 We had a brief genetics follow-up appointment on Monday with a medical specialist.  She does not have any concerns about Parker and we won't need to go back for a couple years.  They had me put him in a little gown.  It was adorable! 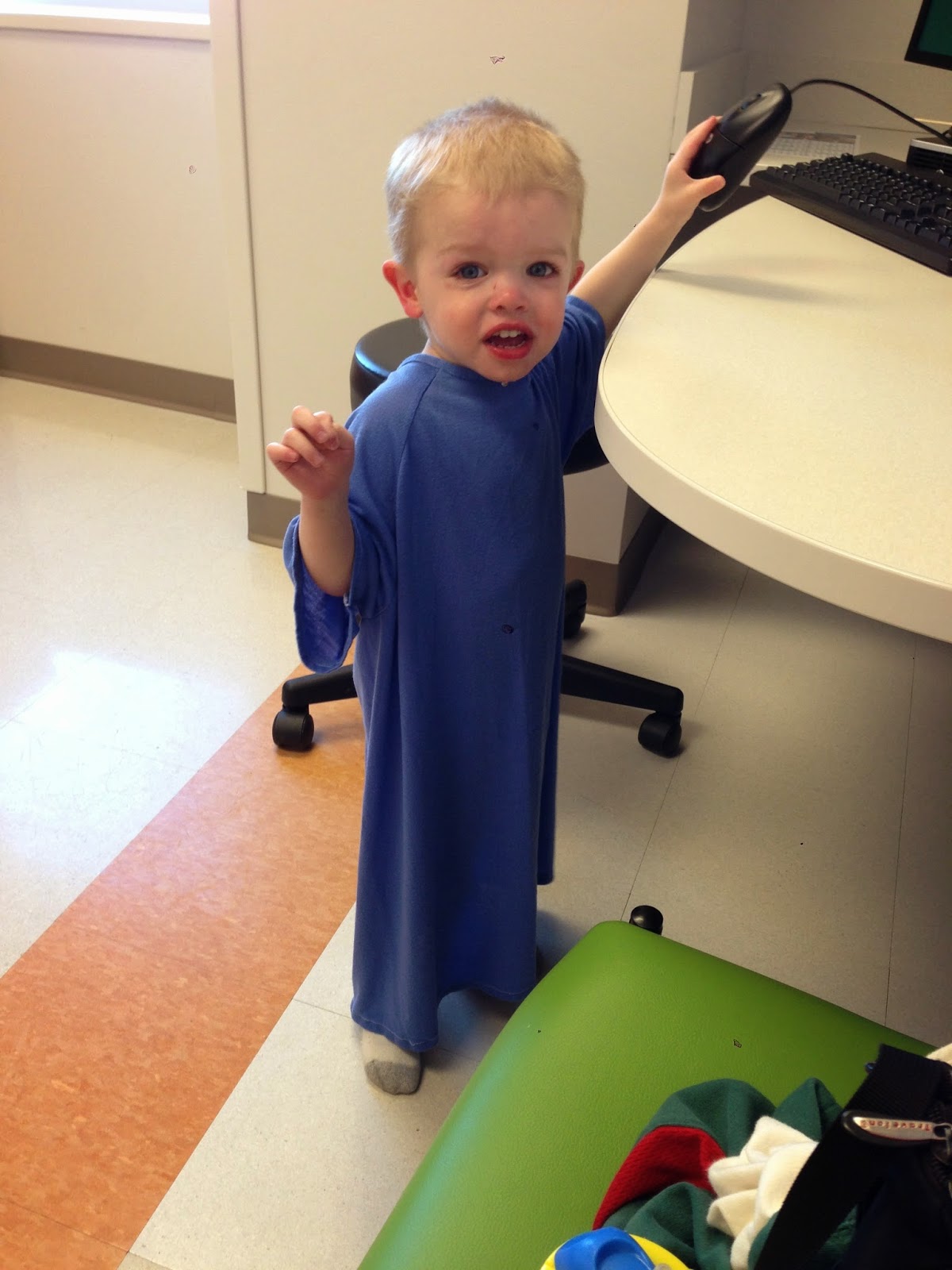 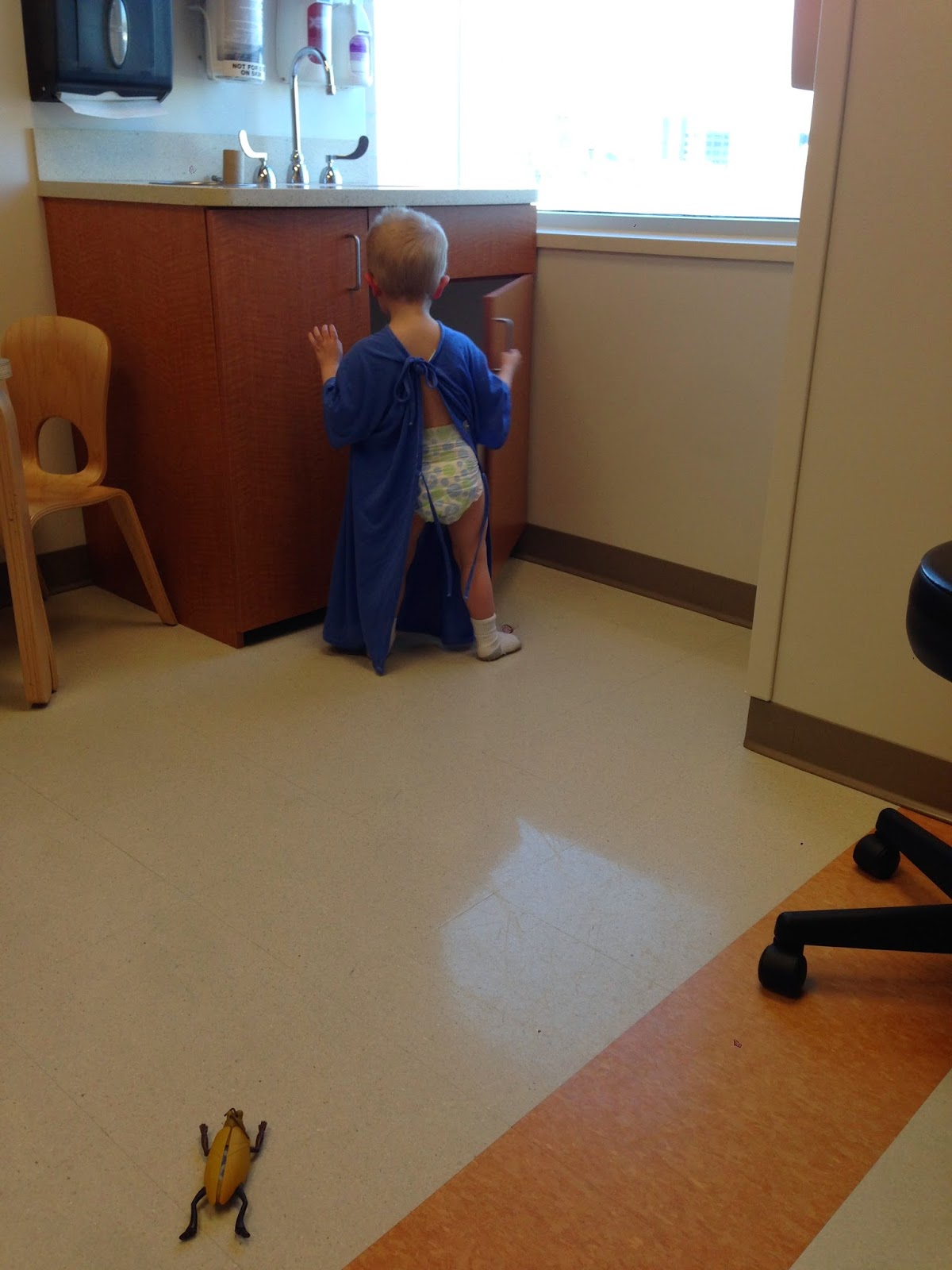 Wednesday was the highlight of the week, it was sunny and 70!  Parker and I also had a playdate with a blogger friend from Oklahoma, Courtney, and her adorable kiddos!  Courtney and I first found each other on pregnancy message board in 2011 and have been in contact ever since.  Her daughter Jillian is just a couple weeks younger than Parker.  They were in the area this week so we had to meet up! 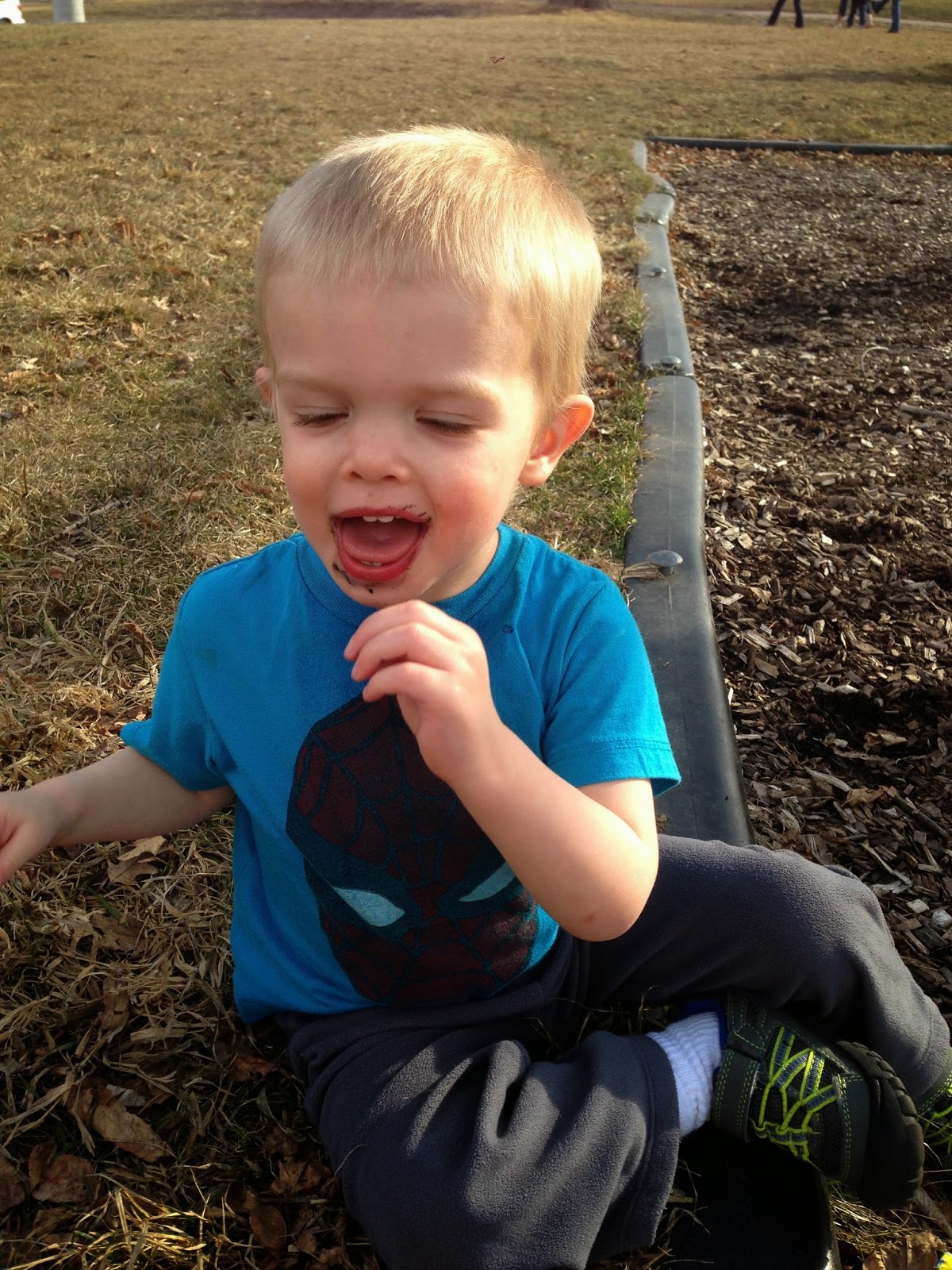 The park we went to has smaller equipment that is perfect for toddlers! 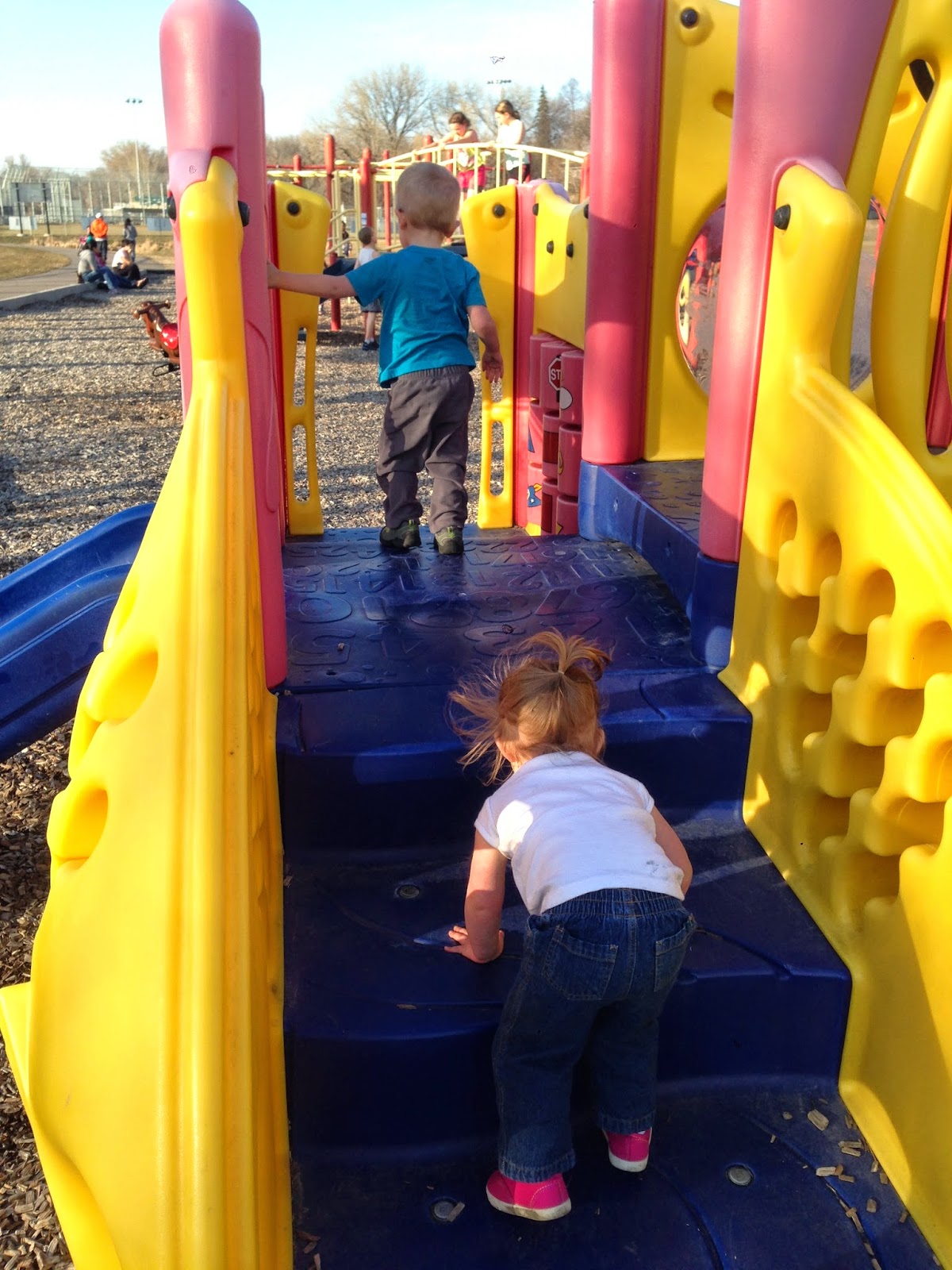 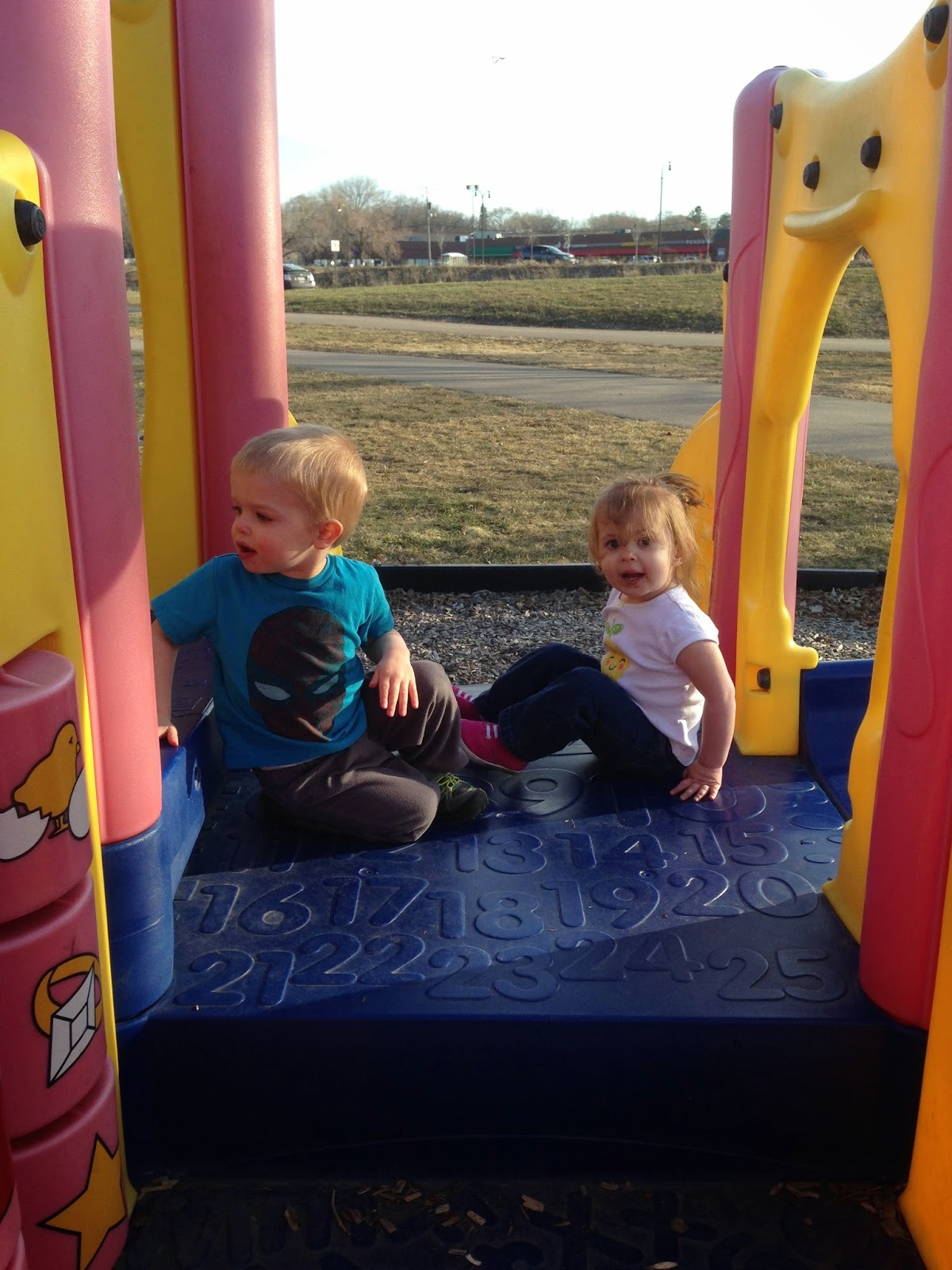 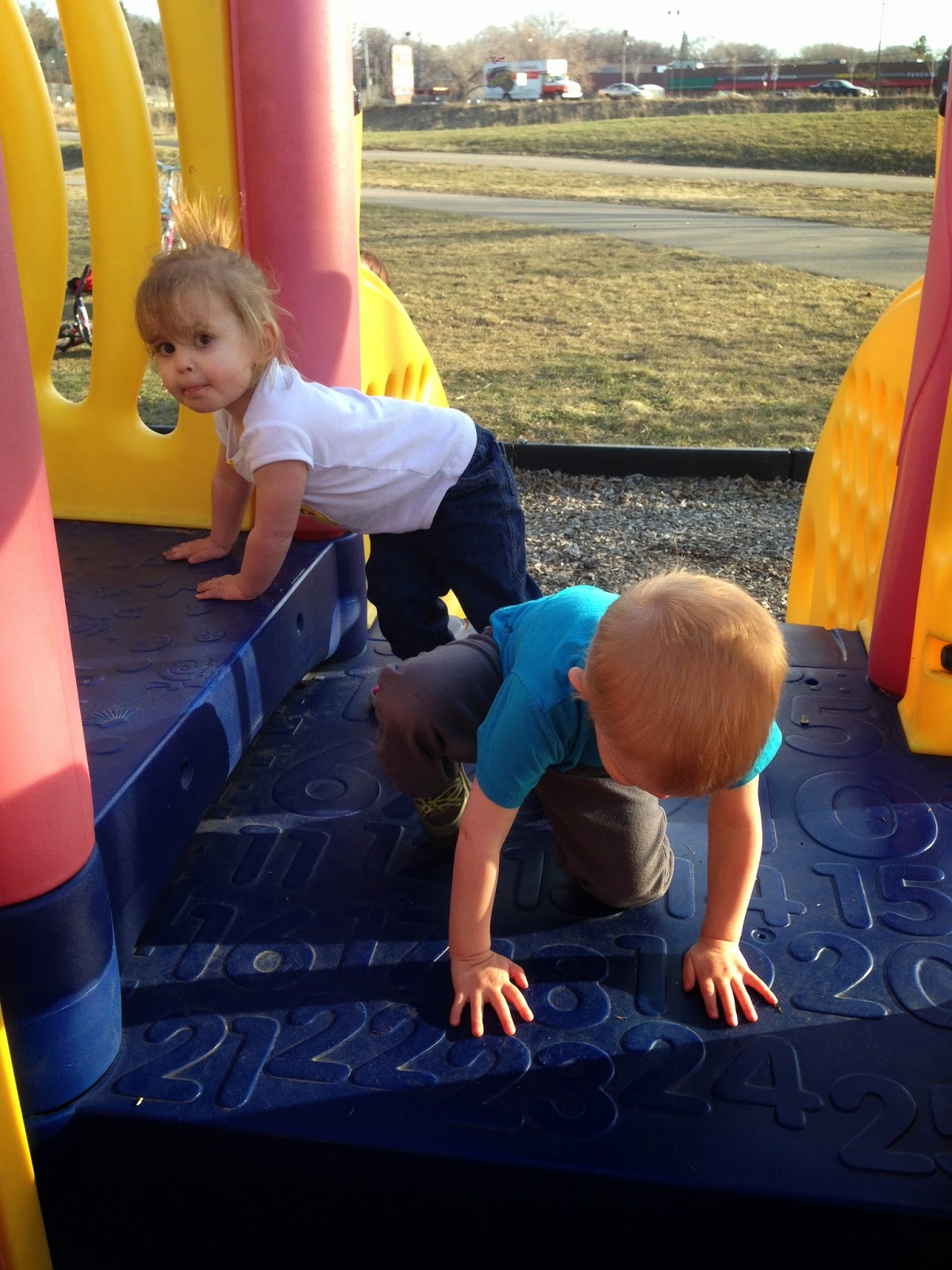 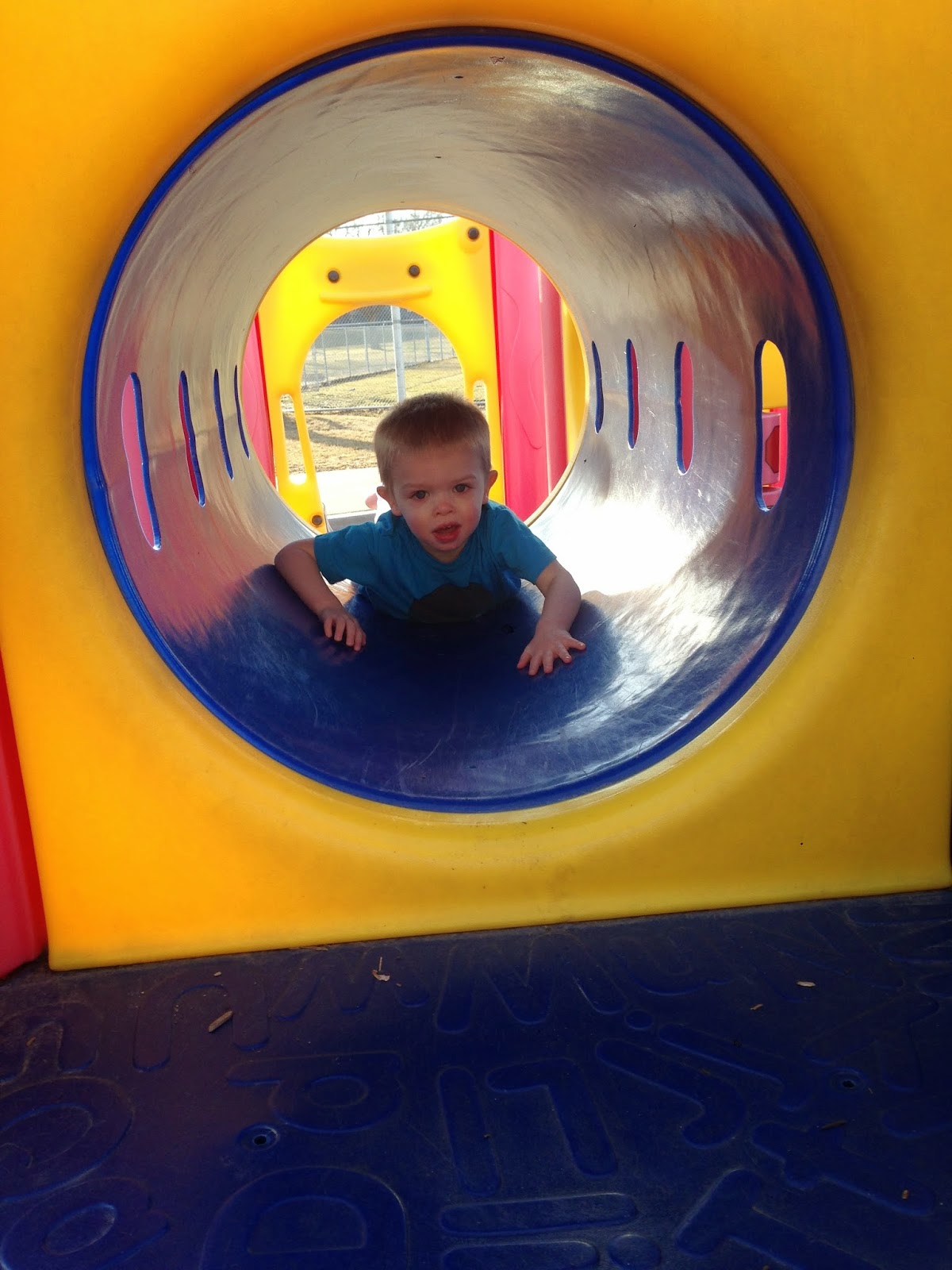 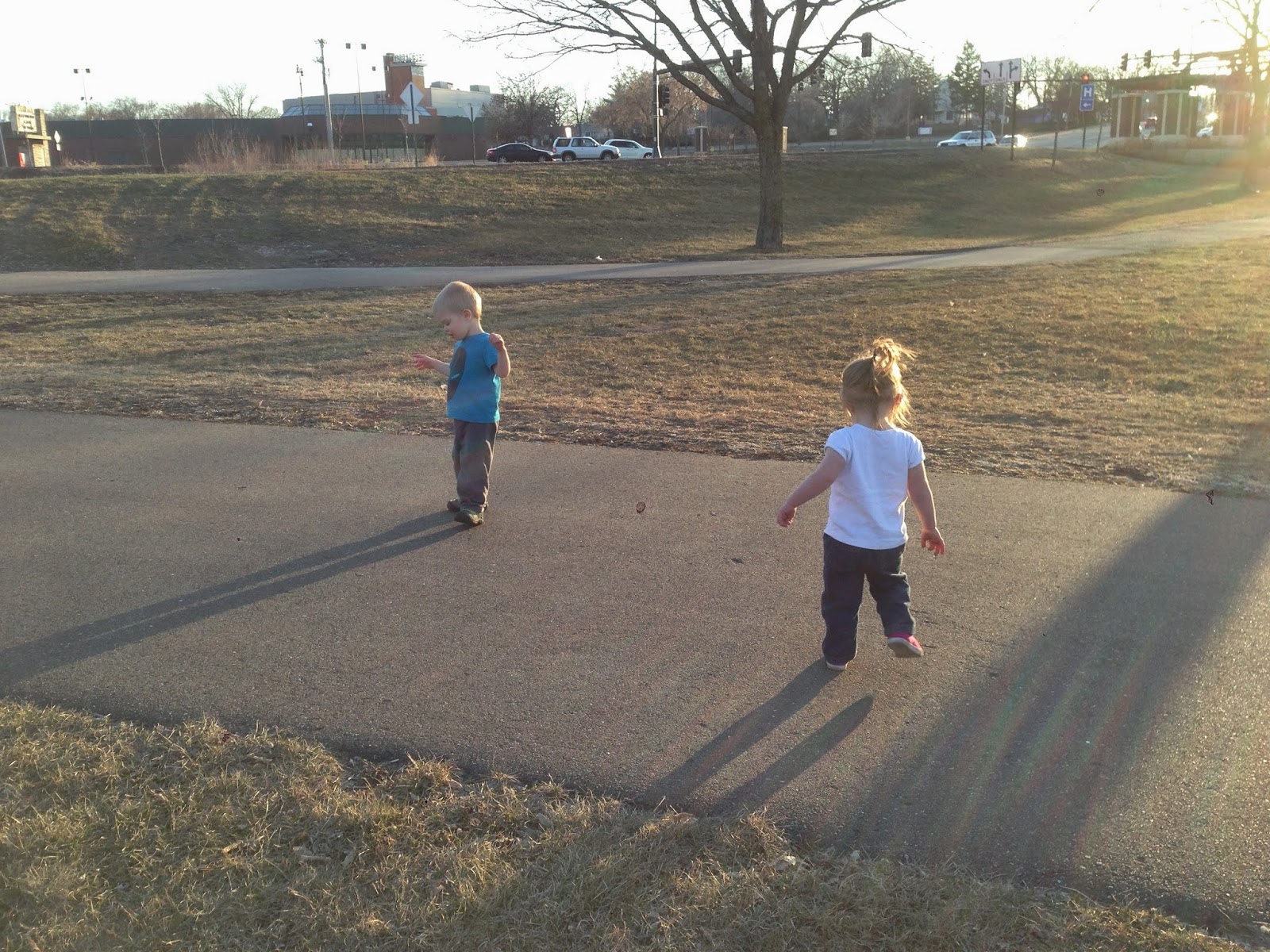 We wrangled the kids in the swings for a while.  It made chatting a lot easier!
Courtney has been an amazing friend over the last couple years.  Even though we had never met so is always thinking of my family and is so supportive of all the stuff we have been through.  I hope we get a chance to meet up again!  I didn't intend to get the kiddos in the picture below, but am so happy I did! 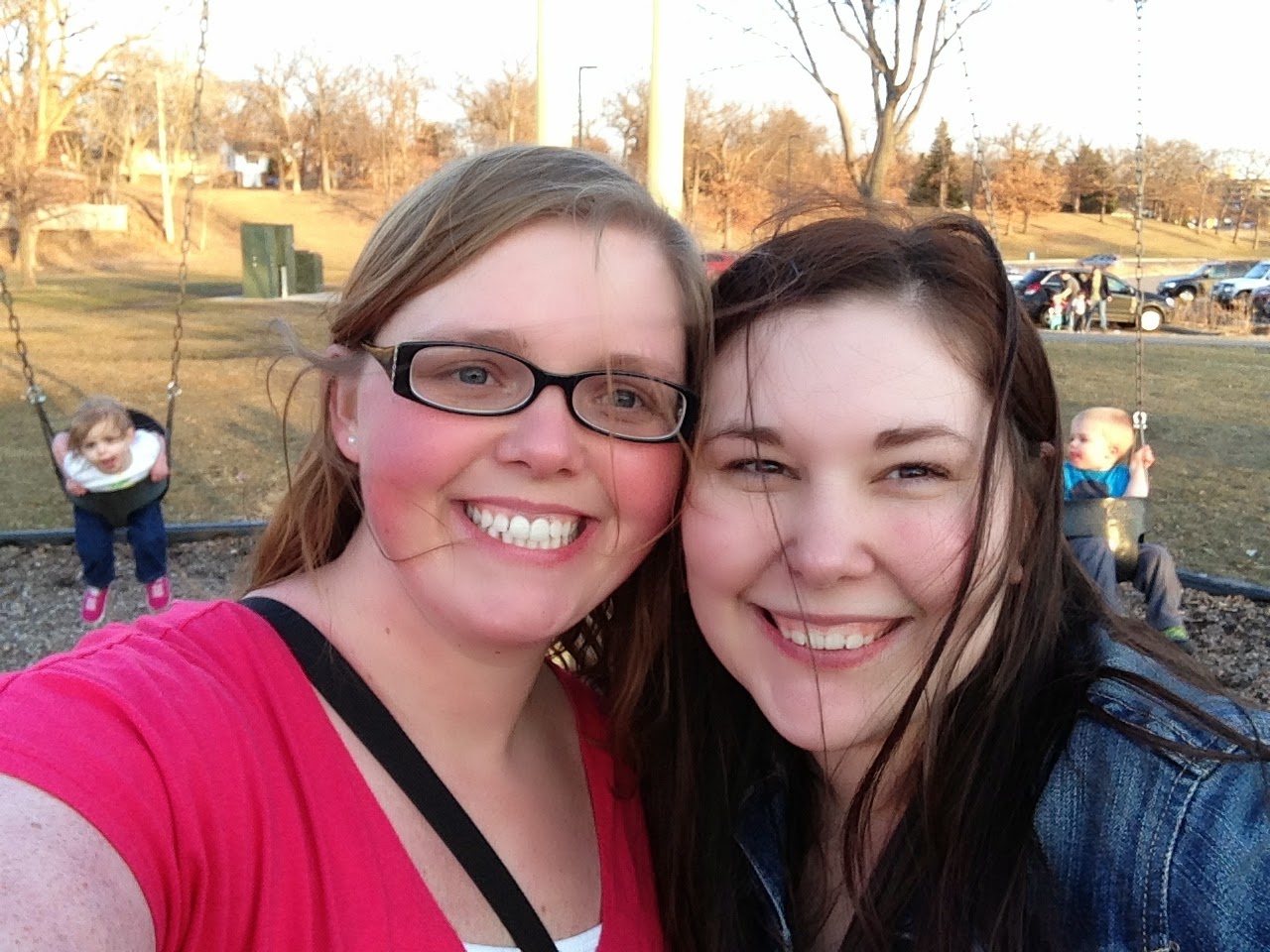 All the fun this week was starting to take it tole on Parker.  I found him snuggled up with his pillow and blanket on Friday morning.  He was so tired and didn't want to get going.  He is becoming such a big boy! 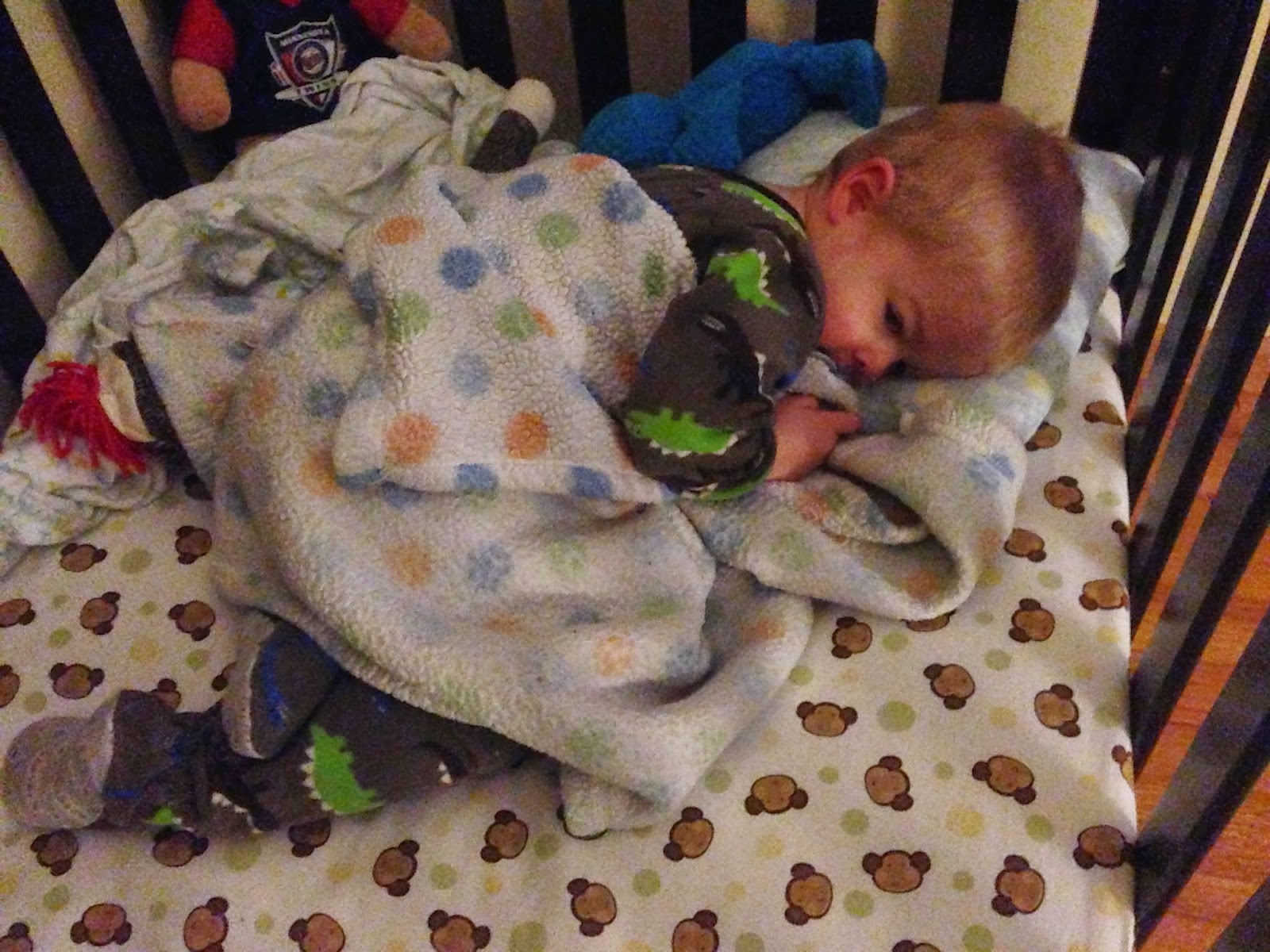 Posted by Lesa Herrmann at 3:25 PM