Saturday was Walk Now for Autism Speaks.  We had an early start to the day and Parker was not happy at first. 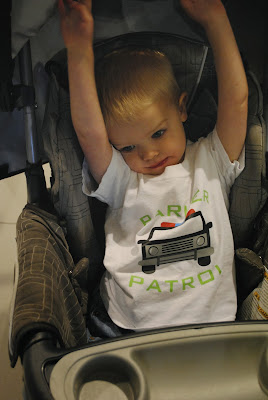 We were out the door by 7 and to the mall by 7:30.  We got checked in and headed to the rotunda for the opening ceremonies.  TC Bear was walking around and I was so excited to have Parker meet him!  I thought he might be frightened, but he LOVED him! 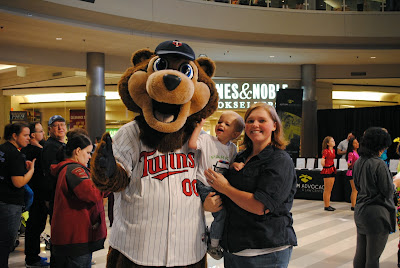 TC was tickling him and Parker thought it was hilarious. 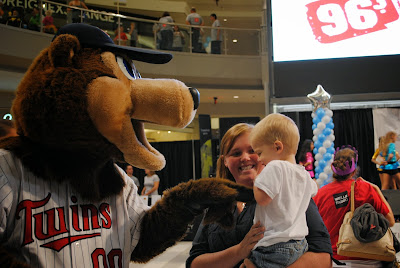 There was a lot of people around, but Parker just played with his stroller and looked around before the walk started. 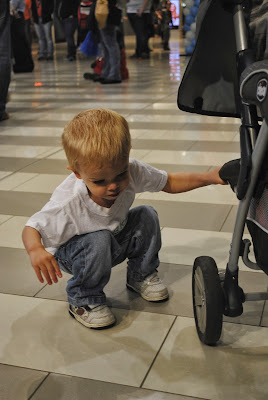 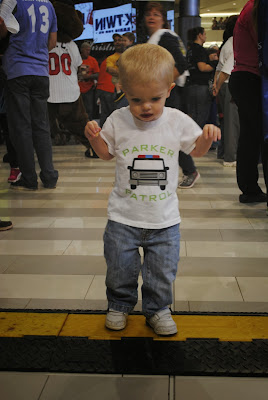 The young man below was amazing.  Gage Cook is 16 years old, blind and autistic.  As with many autistic people, Gage has an ear for music.  He sang the National Anthem to open the walk.  He also sang a few songs during the closing ceremony. 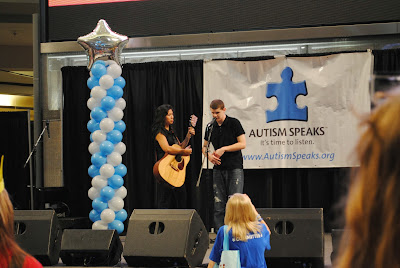 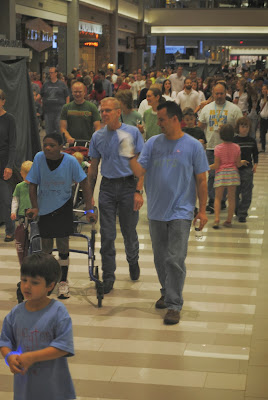 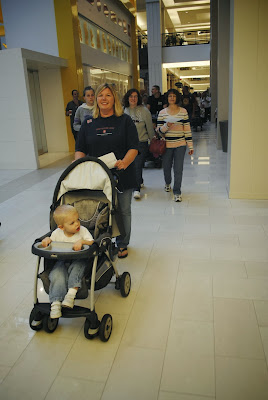 We found SpongeBob after the walk was over and thought it would be fun to get a picture with him too.  Parker like his big eyes and didn't fuss when he got a hug...Then he bit his finger.  You can see him going for it in the bottom picture! 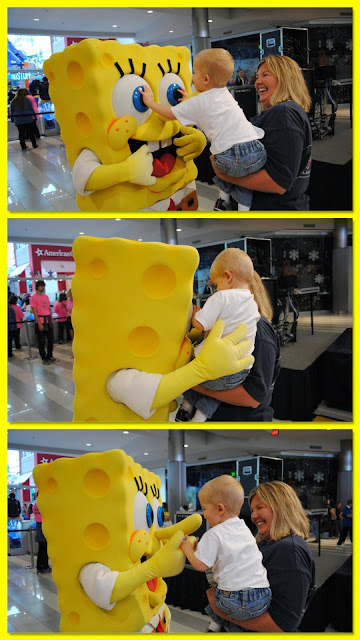 We had a pretty small team this year but I was so blessed for those that were able to make it.  Left to right: Michelle, Michelle's daughter (I feel bad I can't remember her name!), Cherry (Jimmy's mom), Janet (my mom), and of course Parker!  Jimmy had to work and couldn't get the day off on short notice. 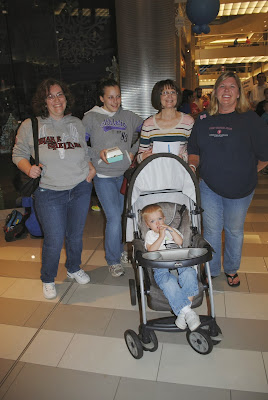 It was a wonderful experience.  I got a lot of great info and was able to raise money for a great cause.  The Parker Patrol raised $550 and a total of almost $200,000 was raised for the whole walk.  Thank you so much to those who came and walked and to all those that donated.  I can't wait to do it again next year.

Posted by Lesa Herrmann at 6:42 PM