Parker was growing out of his Power Wheels Mustang last year and we've been talking all winter about getting him something bigger to ride.  Jimmy did some research and settled on an electric 4-wheeler.  Easy to operate and maintain and quiet for our neighbors.  We planned to order it after vacation, but that didn't happen, so we ordered it last week.  They called to arrange for delivery and it came on Tuesday.  Due to road restrictions, the driver had to use an electric pallet jack to get it to our house. 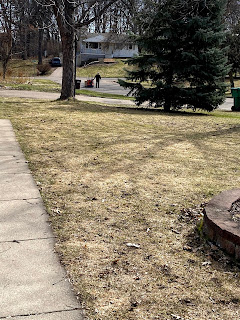 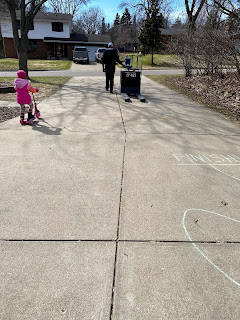 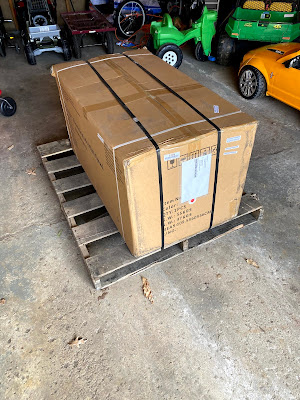 We waited to unbox and assemble until Jimmy got home in the afternoon. 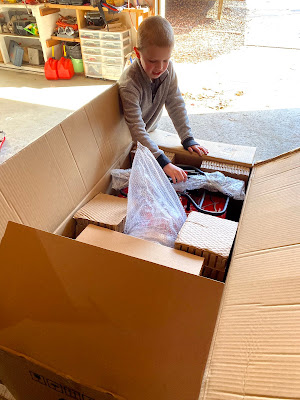 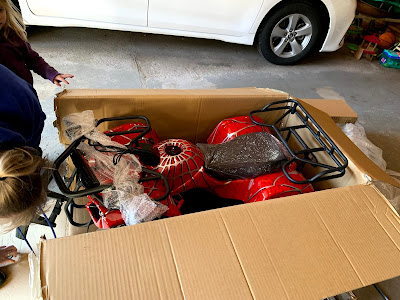 The directions were pretty much useless, but all I had to do was install the fuse, gear knob, and handlebars.  We had it up and running in no time@ 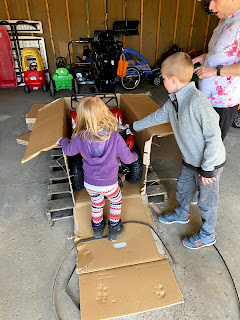 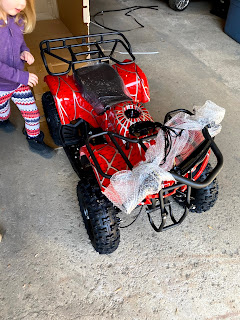 Parker was very reluctant at first, but Esme hopped right on. 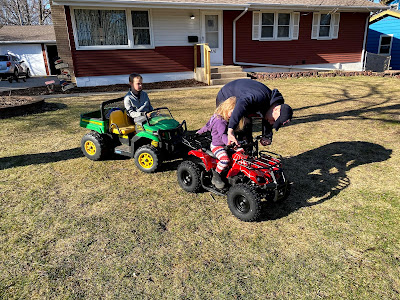 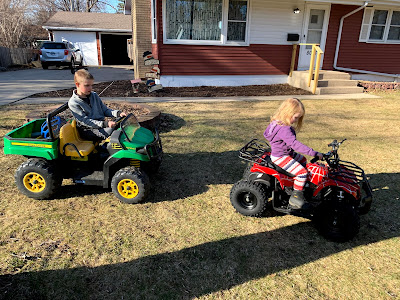 Jimmy took it for a test drive as well. 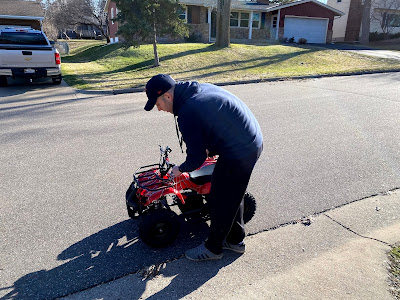 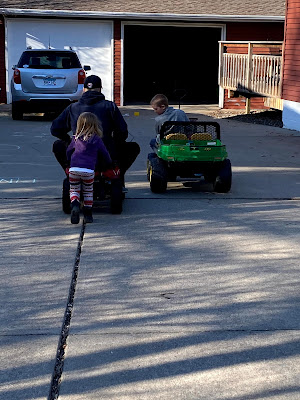 I think Parker's biggest fear was the potential noise it would make.  Once he saw how quiet it was, he decided it was time to hop on.  He picked up the two part method immediately and was off.  We started it on the lowest speed, but were already full speed the next day. 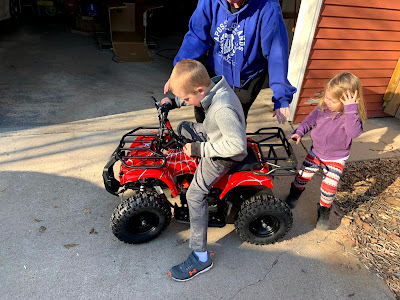 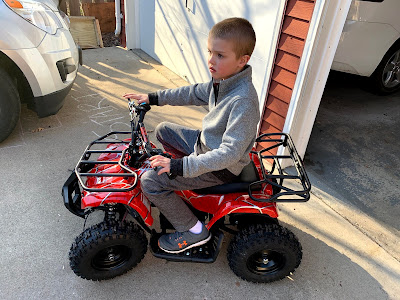 It maxes out at 11 mph, so bike helmets should be fine for now.  Esme has really enjoyed riding on the back with Parker.  I will have to make a cushion to go on the rear rack so she's more comfortable.  It is going to be a fun summer even if we have to stay home! 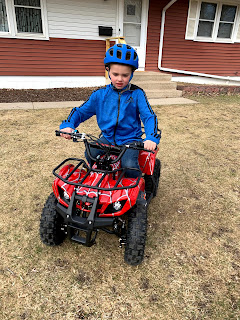 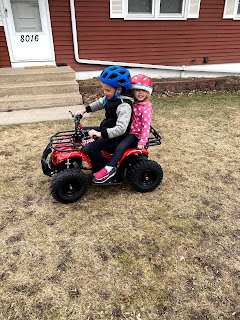