We try to get out to the Mall of America at least once during the holiday season.  It is always decked out with lights and decorations and puts you in the spirit of Christmas.  We headed out early Saturday morning and had breakfast at Cinnabon. 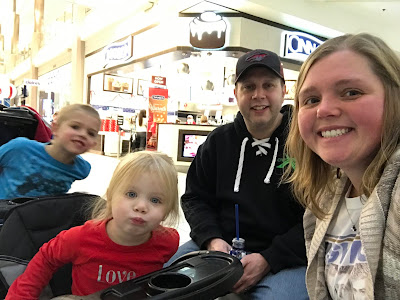 It's been ages since we stopped in the LEGO area, but it was almost empty, so we gave it a try.  Esme really enjoyed building things and even found a "slide" for the blocks to go down.  I later figured out it was part of the Duplo Airport set.  Parker played a little, but mostly jumped around on the cushioned benches.  At least there weren't too many folks to bother. 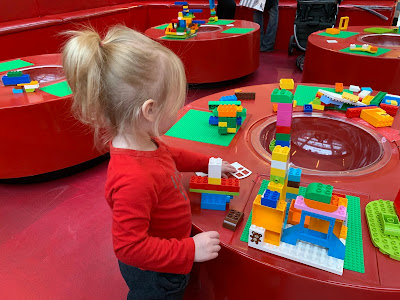 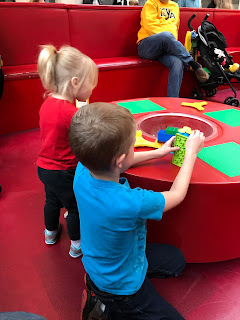 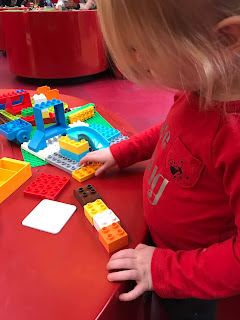 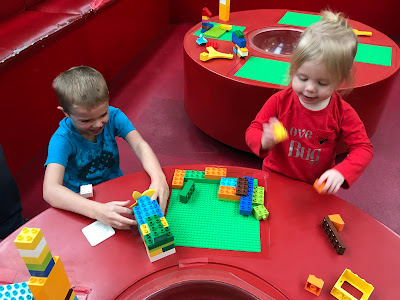 Parker also got his new bedding this weekend.  He's has his truck comforter for a while and it was time to get something a bit more grown up.  He's had a moon on his wall for a while, and I recently added one stars with clips to hang his artwork.  We continued with theme with an out space comforter set.  Parker was so excited for it to come out of the dryer! 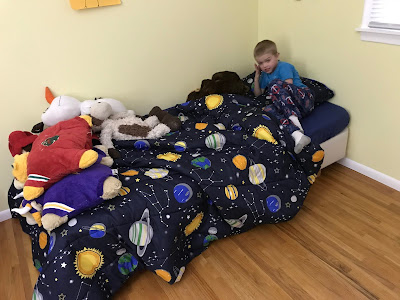 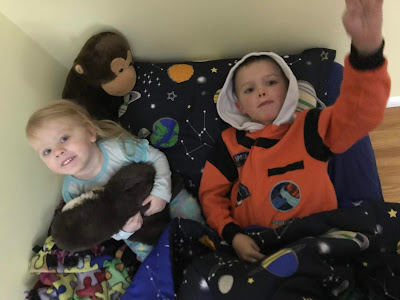