A few weeks ago my sister-in-law suggested get get together to carve pumpkins.  Jimmy isn't a huge fan of it, so I was excited to have someone to do it with!  We headed to my parents house straight from the birthday party.  Lindsay, Jayden, and Cody were already working on a skeleton craft and I joined right in! 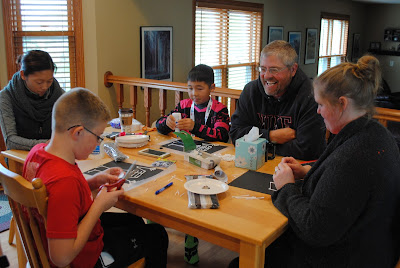 My skeleton was having a grand ole time! 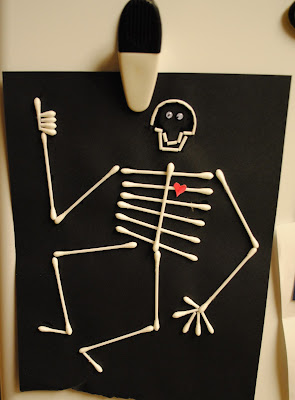 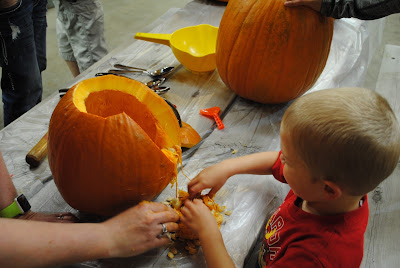 The rest of us had a hay day while he ran around! 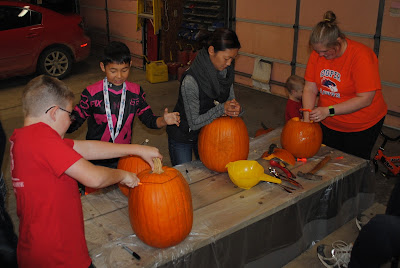 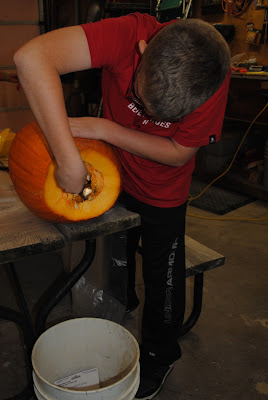 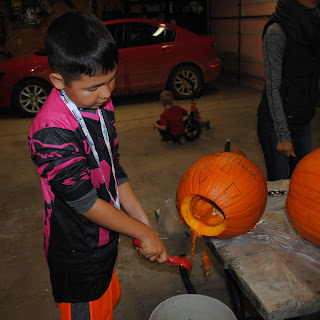 We even broke out the power tools to make it go faster.  I have been a traditionalist in the past, but I may have to adopt the jigsaw approach. 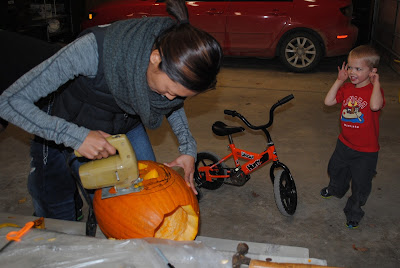 My pumpkins are on the right.  A Rebel Alliance symbol from Star Wars and a goofy cyclopes!  I think all of them turned out great and I hope to make this an annual event! 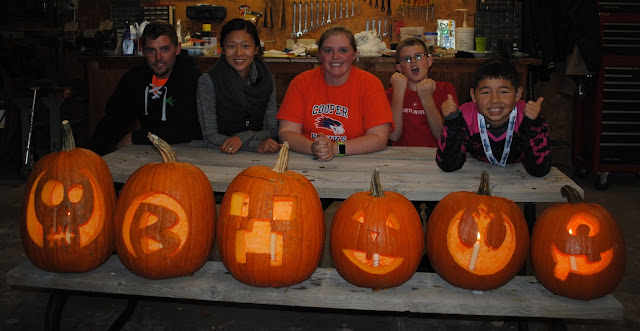 Have you been having any Halloween fun?
Posted by Lesa Herrmann at 10:16 PM