We had a Halloween even this weekend at a local shopping center.  I have wanted to go in years past, but never had Parker's costume finished in time.  I remembered it in advance this year and made sure to get it finished.  We had a play date with our friends the Johnson's before hand, then caravanned over.  I try to get pictures of them playing, but it doesn't always happen.  The only picture I got was of Parker and the new addition, Felix Wonder!  We have been taking advantage of opportunities to expose him to babies since we will have one of our own soon.  He did a great job and was very interested in him.  He kept walking up to me saying "baby." 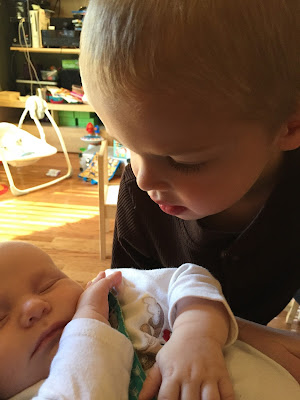 I have alluded to the fact that I was making Parker a Star Wars costume and here is the final product, an Ewok.  It was a pretty easy costume to make.  I purchased a long sleeve brown thermal shirt and brown sweatpants from Walmart, then used them to make a basic pattern for the fur.  They also add a barrier between skin and the scratchy back of the fur. Both the top and bottom close with velcro in the back  I also got a small piece of orange flannel to create the hood/cape.  The ears are made the same fur and are attached to another strip of fur on the inside to help them stand up.  I used the ink from a marker brown marker to create smear marks that look like dirt.  The final step was taking some suede cording and stitching the sides.  I think it turned out pretty good and people seemed to recognize what he was. 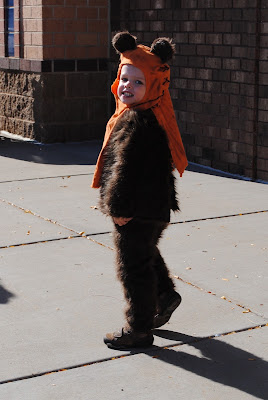 He was done with trick or treating after a few stores.  I was pretty crowded so he was getting a bit anxious. 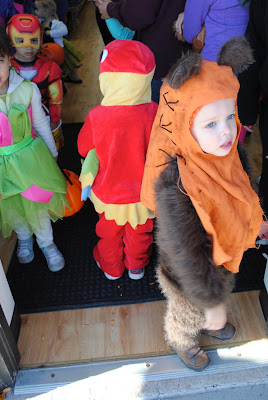 He was much more at ease running around outside. 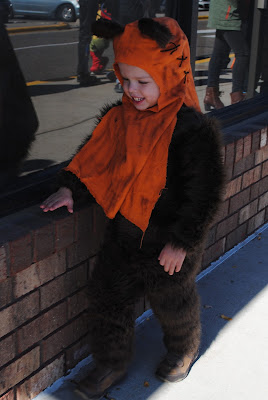 And dancing to the music! 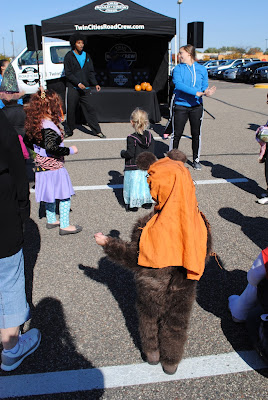 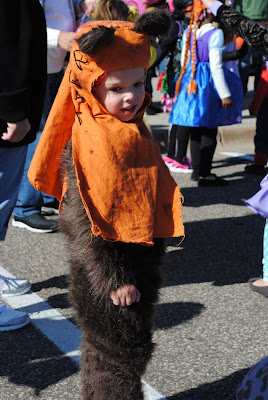 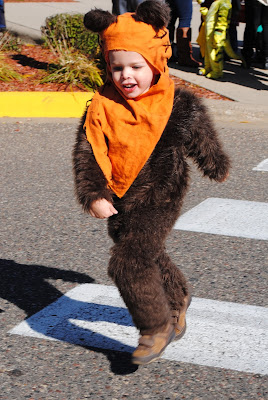 It turned out to be a great day to be outside!  We have at least one more event before Halloween so it should be a fun season!  What are you guys doing to celebrate?
Posted by Lesa Herrmann at 6:47 PM