I have been itching to go to the Mill City Museum for a while.  It is built in the ruins of what was the largest flour mill in the world.  It showcases the long (and explosive) history of the flour industry in Minneapolis.  My parents have a Historical Society membership so we got to go for free! 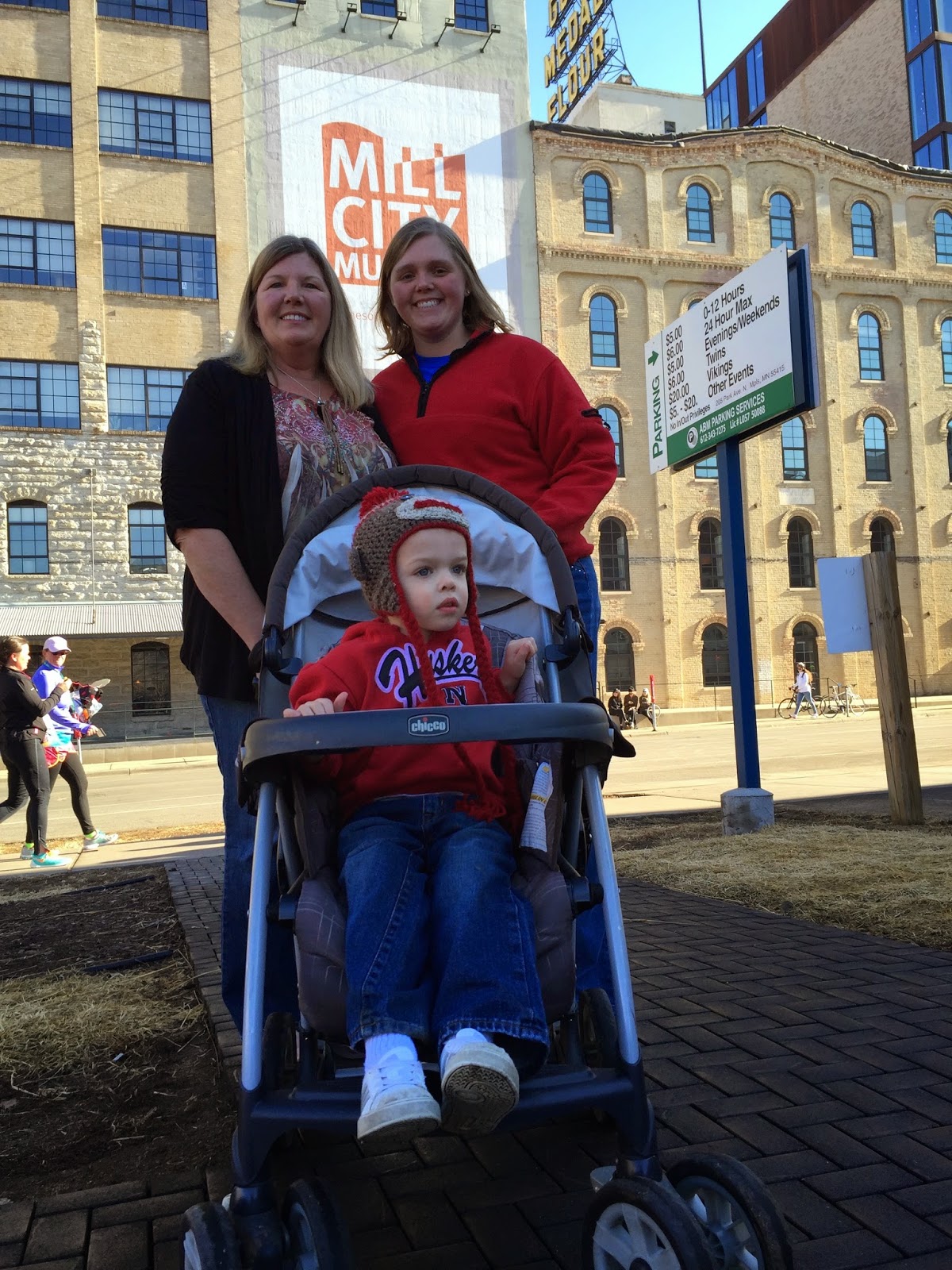 We stopped at the baking lab briefly before our trip up the Flour Tower.  They had playdoh, rolling pins, and cookie cutters for the kids to play with.  They were also baking brownies and bread as samples! 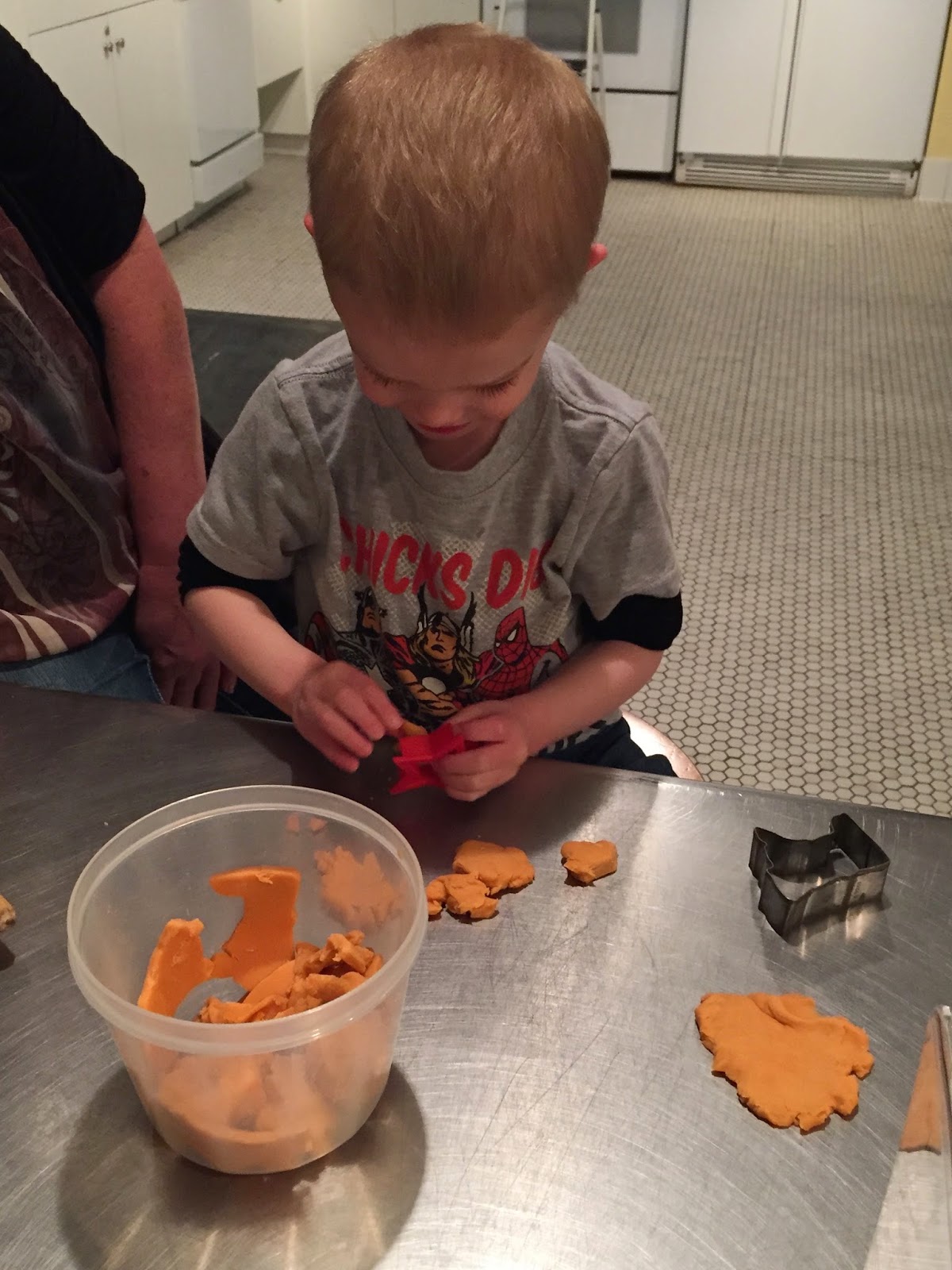 The Flower Tower is a pretty awesome exhibit!  You get on a big freight elevator and it takes you on an 8 story ride to learn about the history of the mill.  It started out well, will lots of smiles but none of us knew what to expect...  Unfortunately, it was very traumatic for Parker.  There was a lot of lights and noise and it was just too much more him.  Every time the doors opened he just wanted to run out.  It was a really tough 8 minutes... 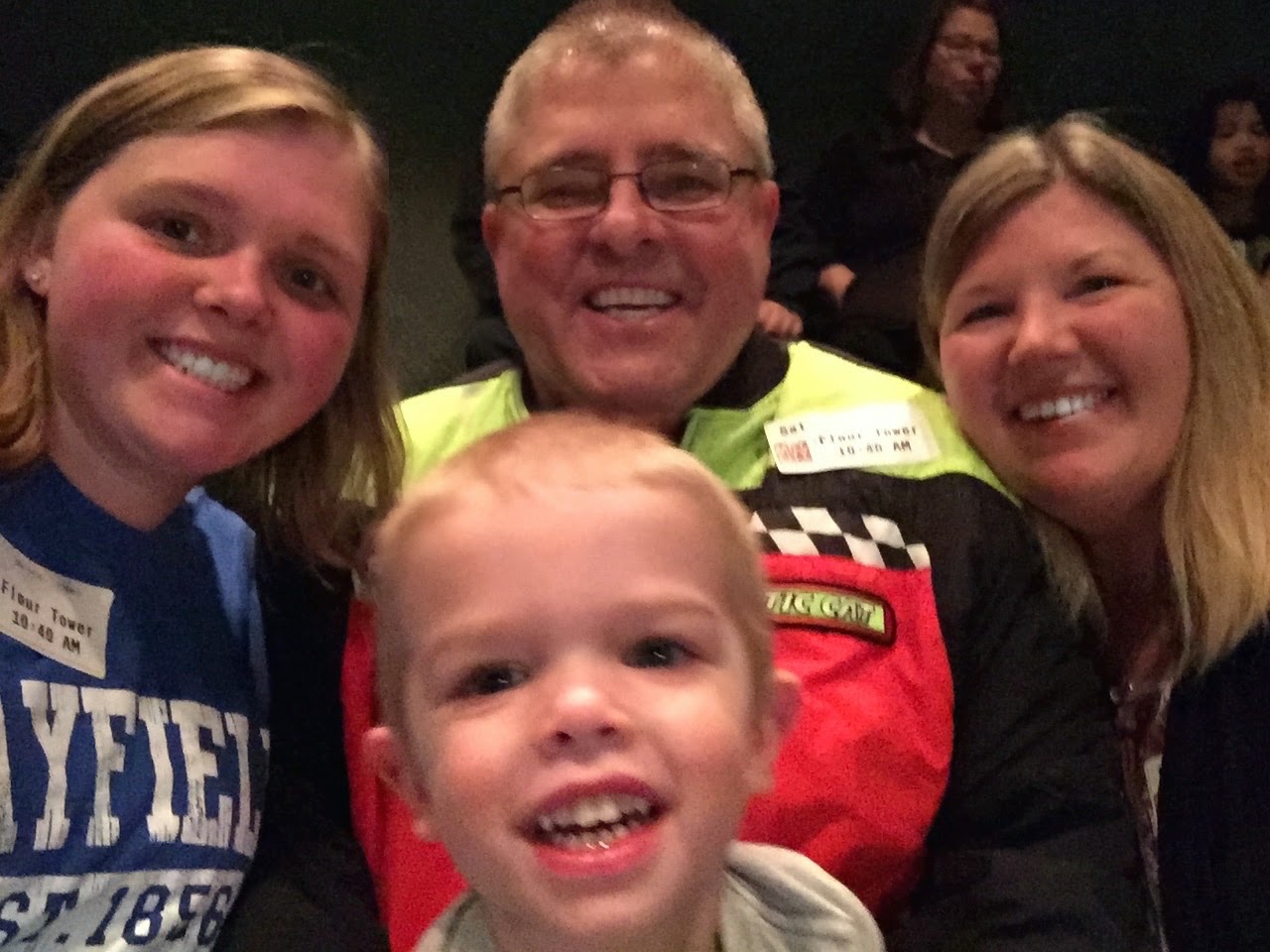 It took him a bit to calm down once we were off the elevator.  We stopped on the eight floor and our guide gave us some fun facts about the mill.  We learned that flour dust in it's purest form is many times more combustible than gun powder.  It was the ignition of this dust that caused the mill to explode in 1878.  It was so strong that the roof was shot 400 feet into the air!  We also learned that all the waste was originally dumped into the river.  This caused giant dough balls to form, eventually blocking the river entirely.  It was events like these that led to workplace safety and environmental protection legislation. 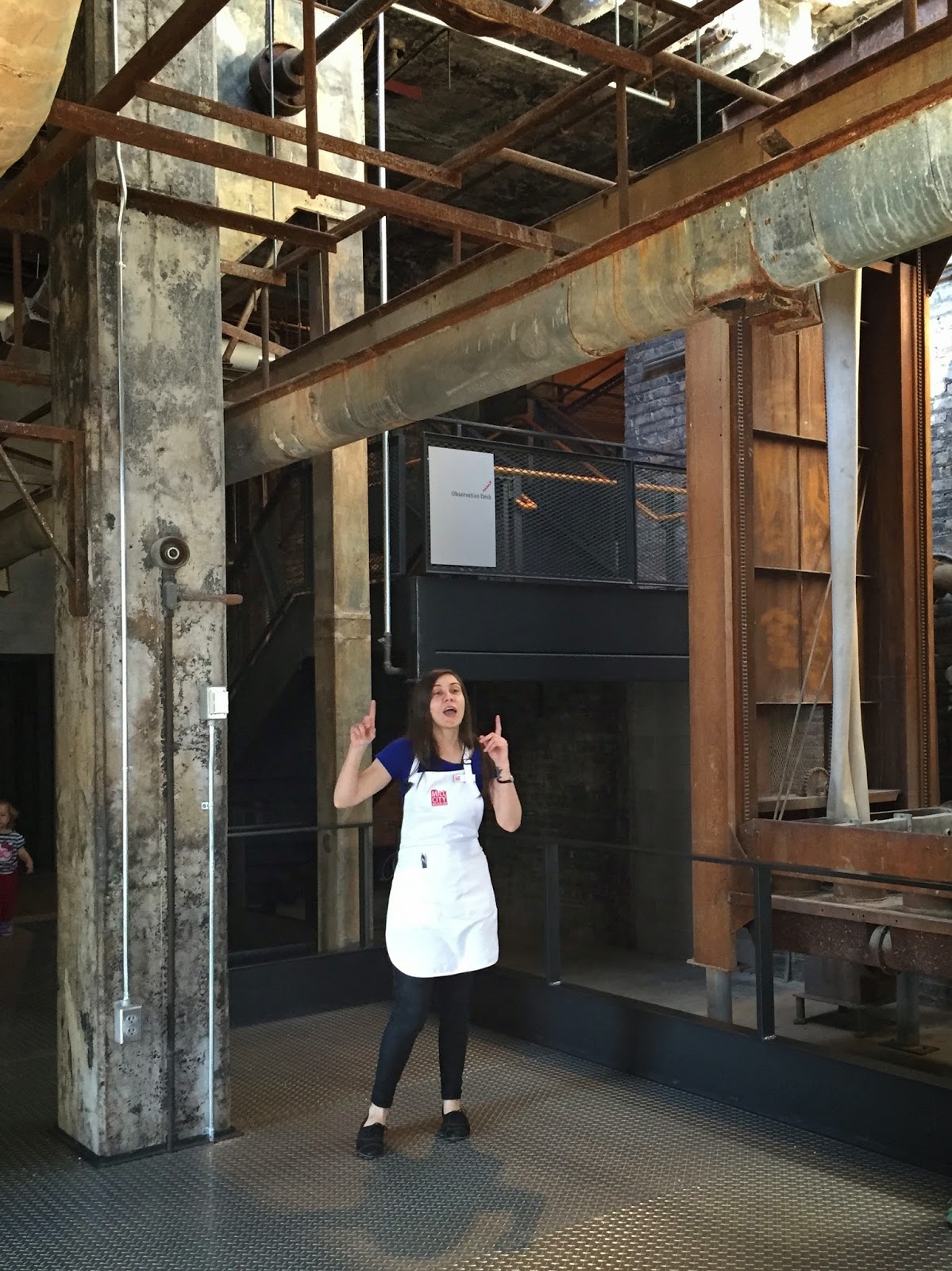 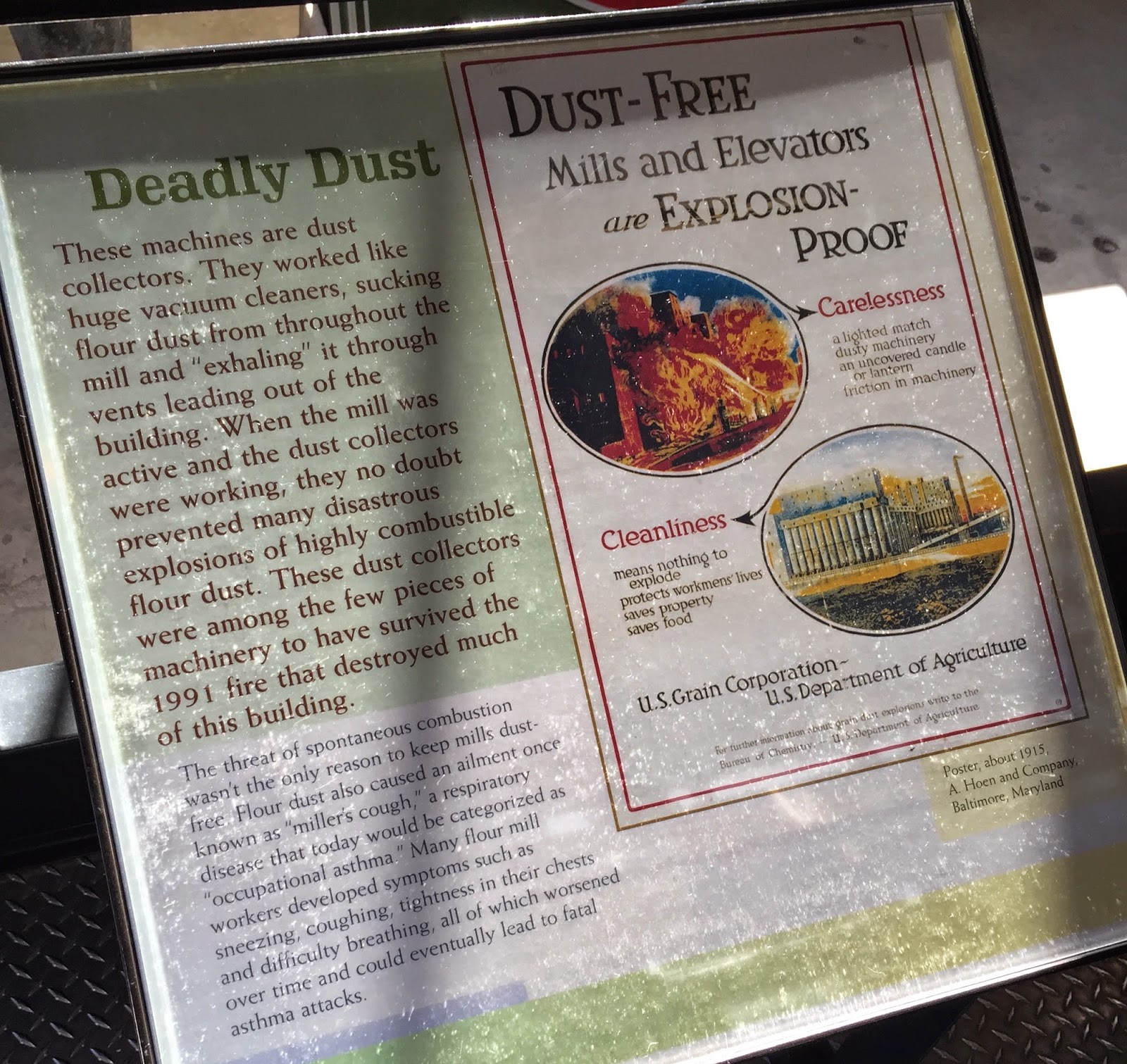 We walked up one final story to the observation deck.  It was a gorgeous day in Minnesota! 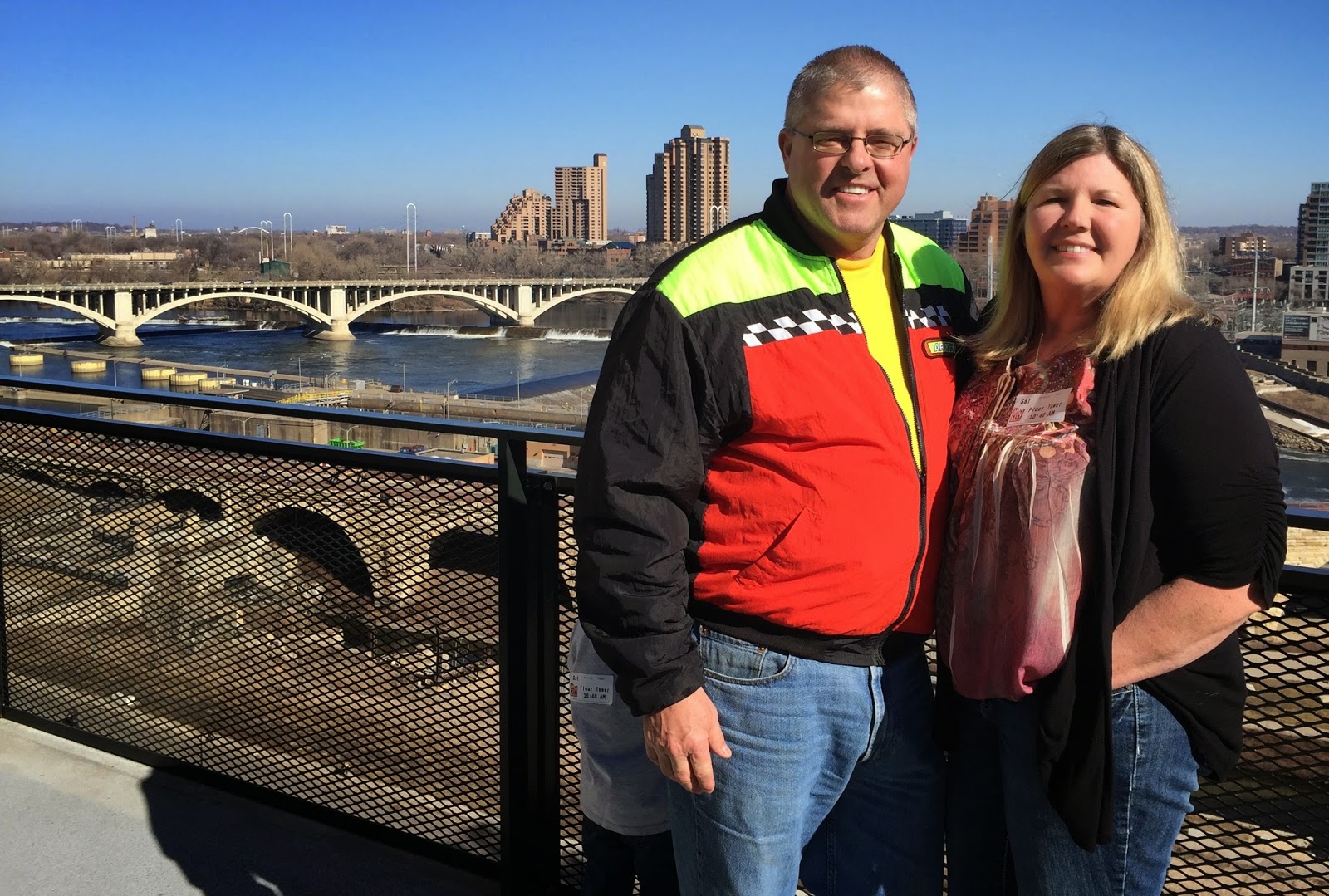 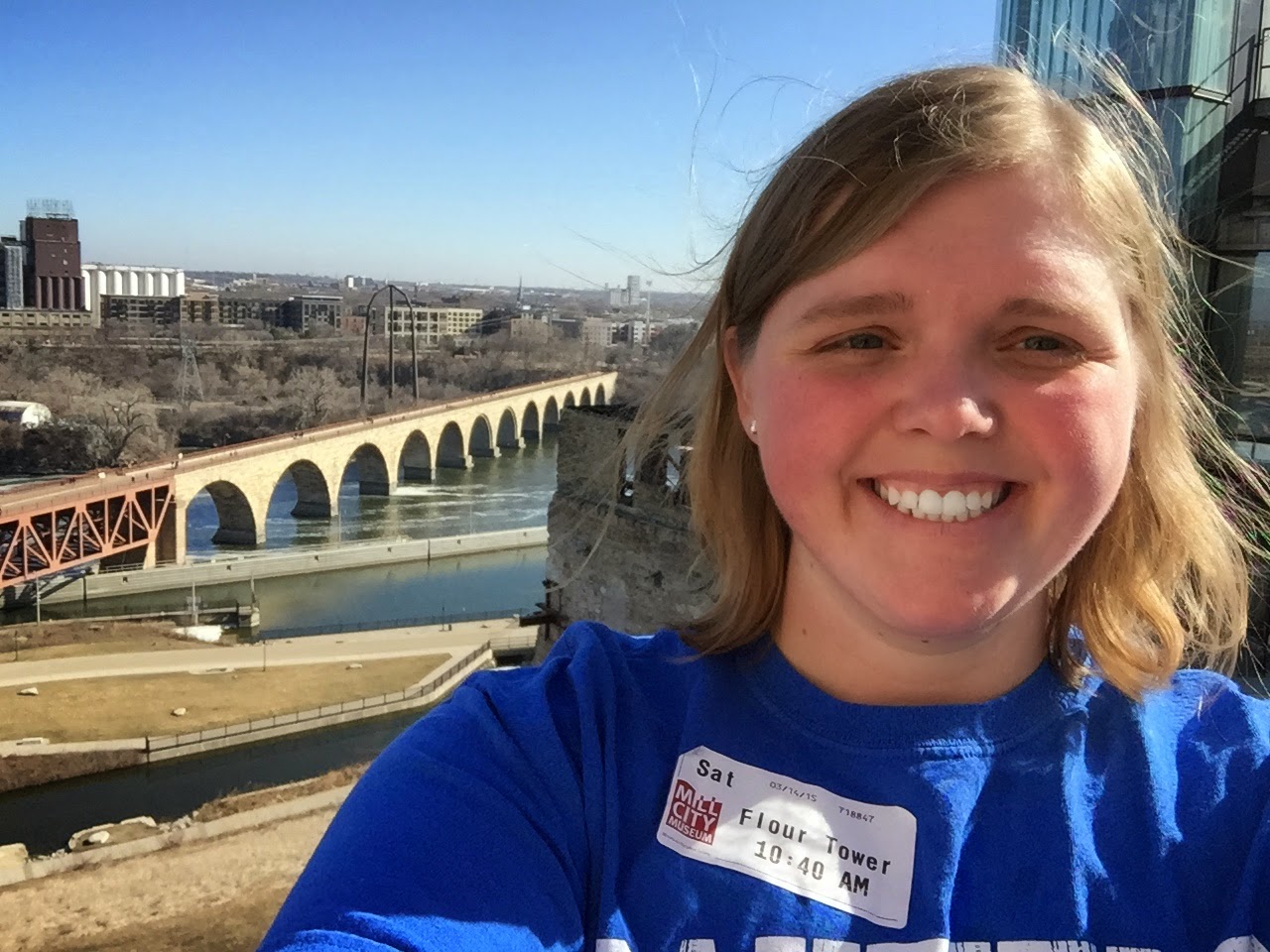 Parker was pretty excited to be out of that elevator too! 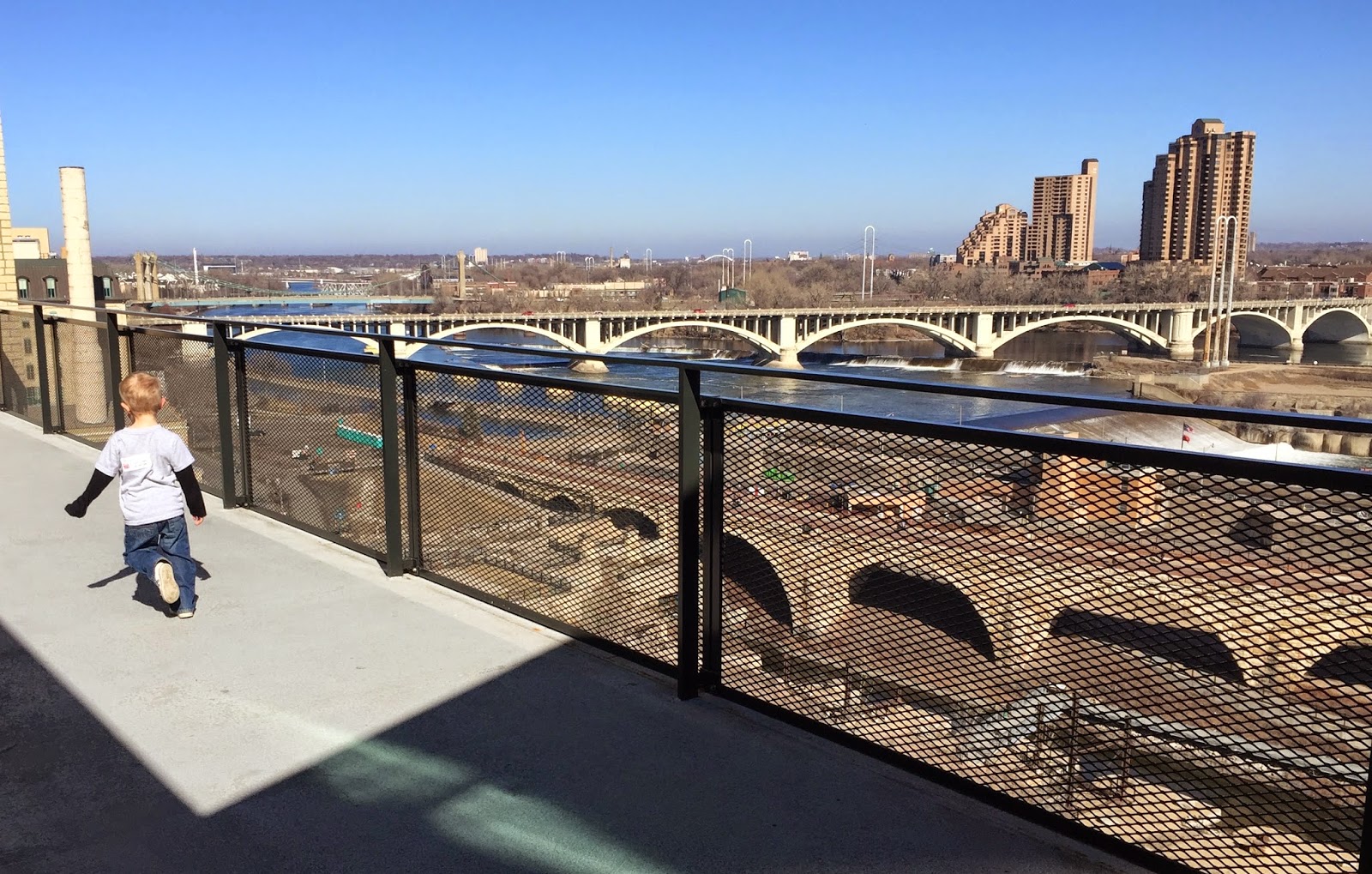 Once we were closer to the ground we got to learn more about the hydropower that the mill ran on.  Parker loved turning the turbine and watching the gears move. 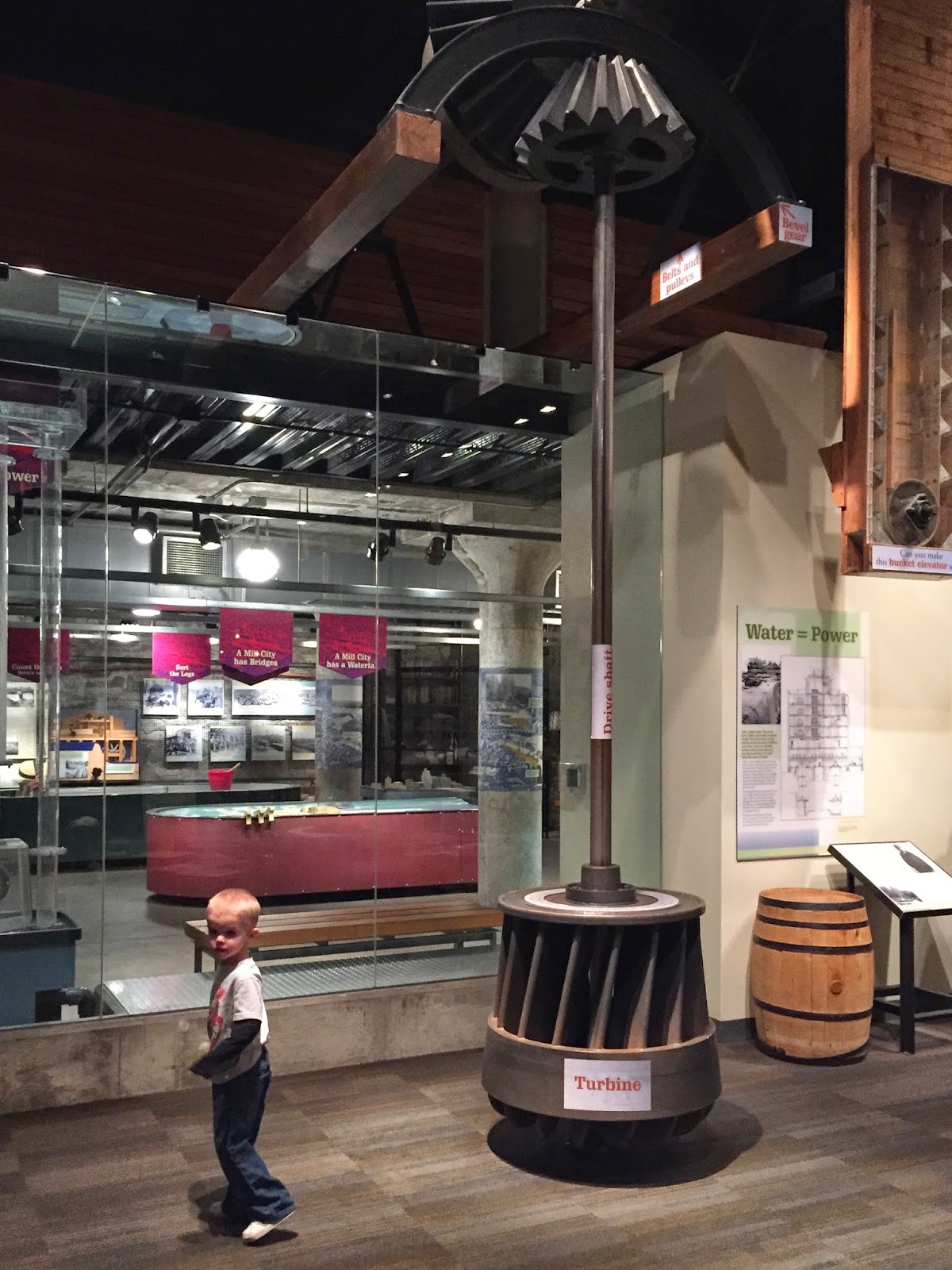 We also got to build dams and set up the riverfront like it was a hundred years ago. 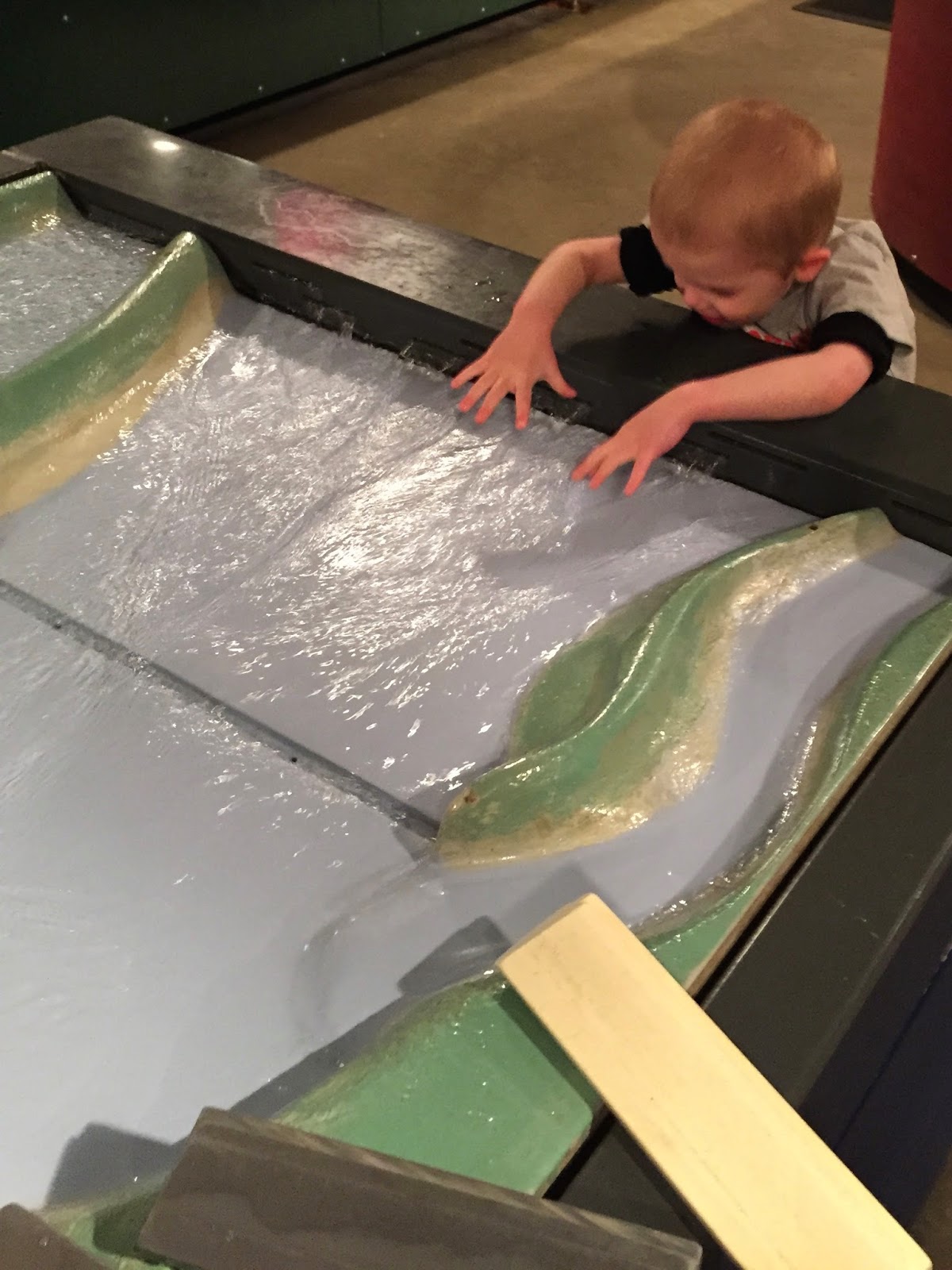 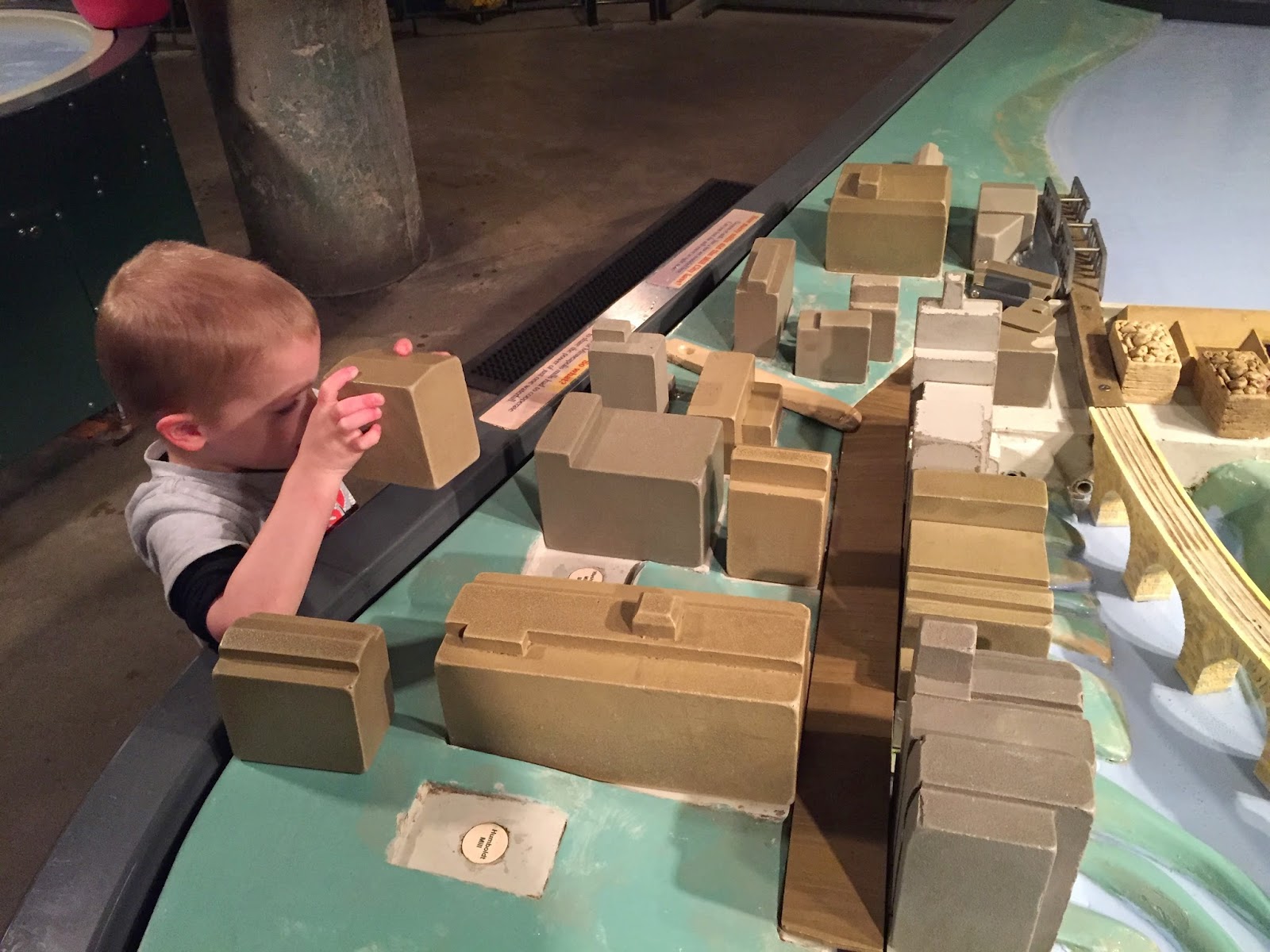 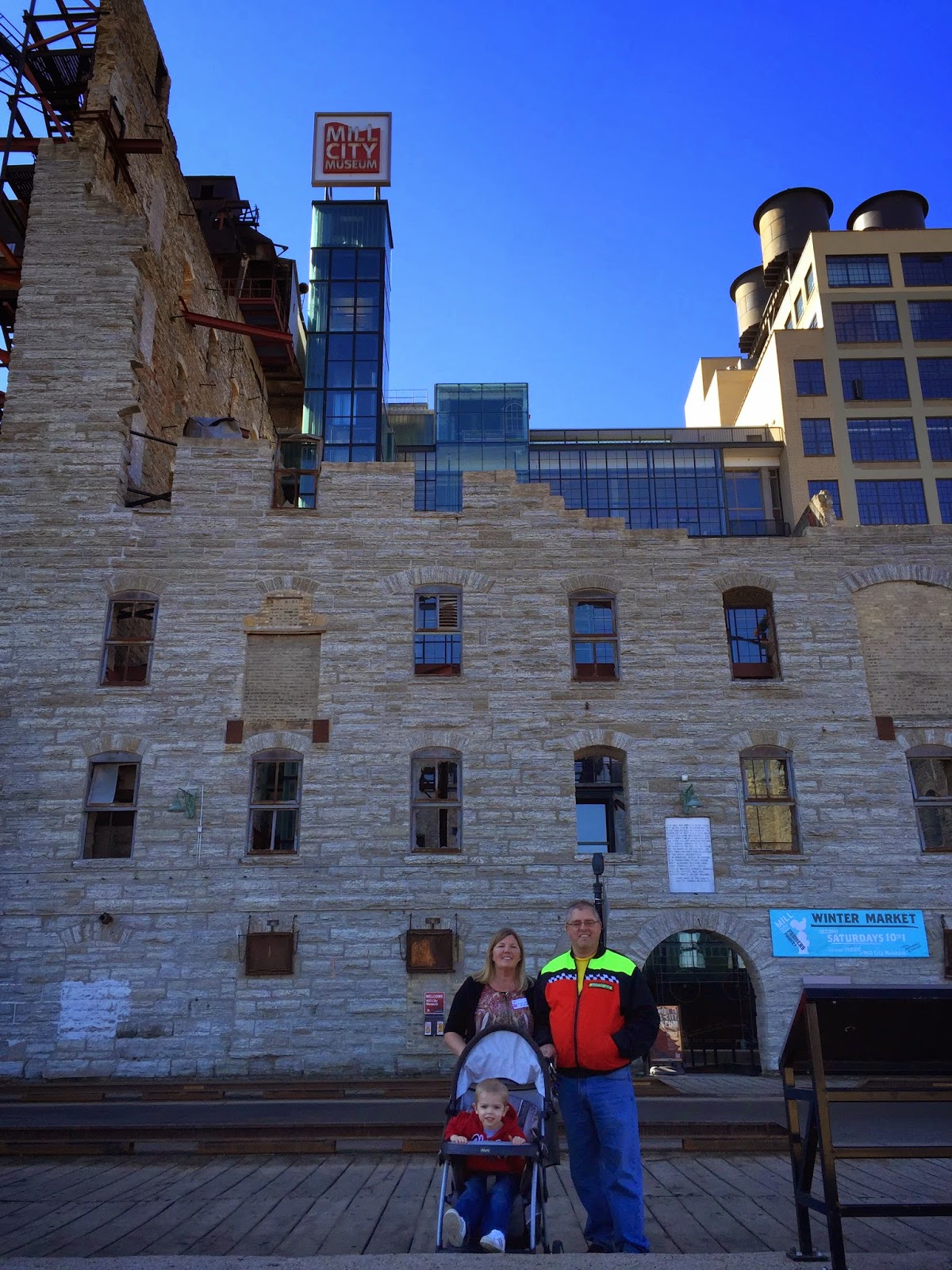 We had lunch at the Nicollet Diner.  It was a bit of a clumsy meal.  First, I put a hole in Parker's milk cup.  While trying to clean that up Parker knocked over and broke a malt glass.  Finally as we were leaving my dad tipped his water glass over... I am sure they were glad to be rid of us!  It was a great day with Grandpa and Nana, we can't wait to do it again soon! 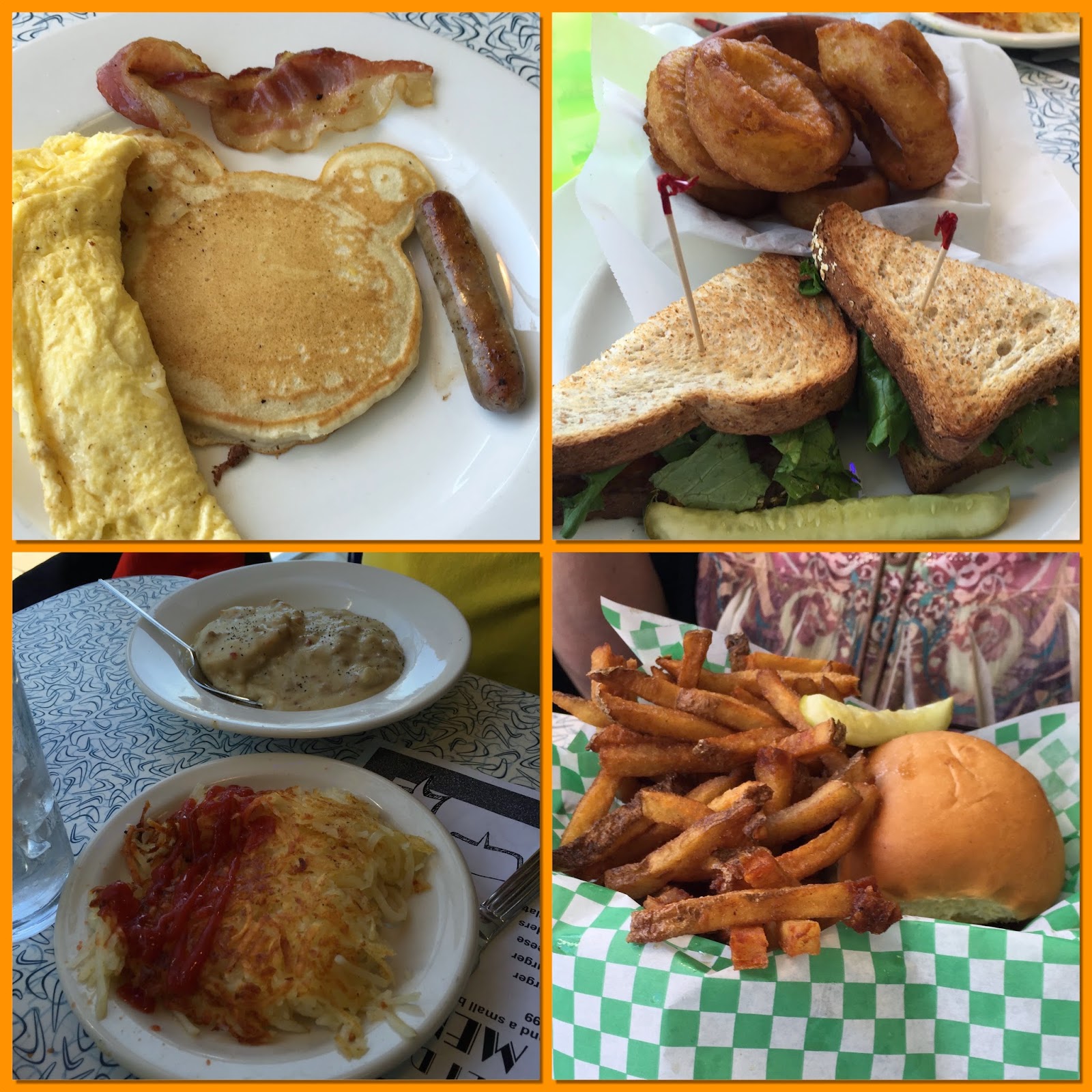 Posted by Lesa Herrmann at 9:31 PM