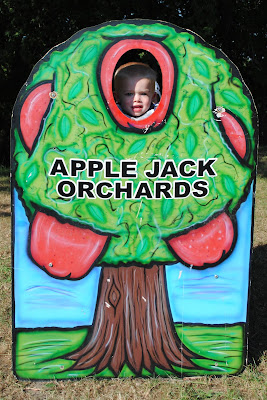 A great friend of mine, Sarah, invited us and a bunch of others to join them at a local Apple Orchard today.  It was hot and steamy from the get-go, but we still had fun.  We arrived before everyone so we let Parker play for a bit.  He has really started to like the slide. 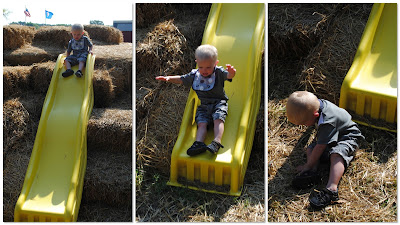 Once everyone arrived, we walked through the cafe and got some delicious apple doughnuts for a snack.  Then we headed back outside and stopped to visit the goats.  Parker thought they were pretty funny, especially when they licked his hand! 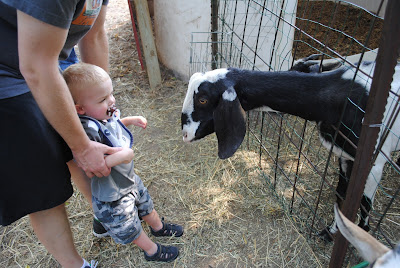 Next was the cow train!  We weren't sure how Parker would like it, but he did really well.  I hopped in the barrel in front of him just in case he had a melt down. 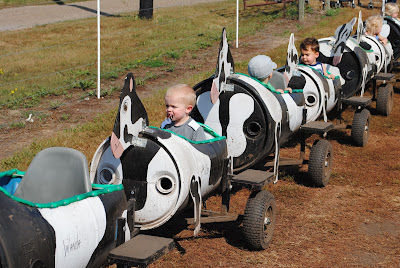 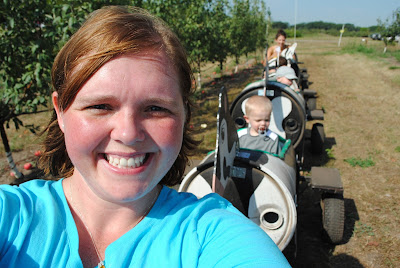 The corn pit was a blast last year.  But, Parker was more interested in eating the corn and not playing in it.  We did sit in it for a while, but he didn't have any desire to play. 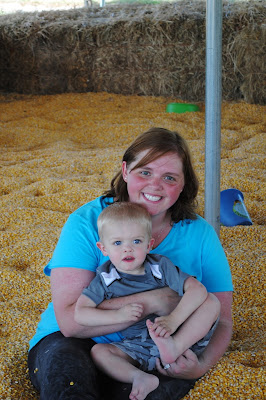 Then it was off to the apples!  I know (almost) nothing about apples so I didn't know which ones are good now and which aren't.  We tried a few varieties and found one I really liked, Zestar.  It tasted just like apple cider!  We also got a great family picture in the orchard. 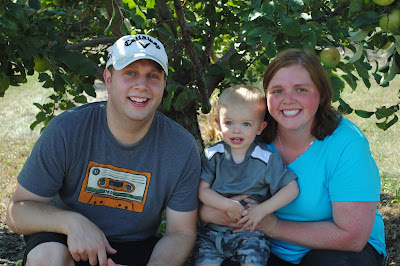 Parker even tried one of them.  That is a pretty big deal because he has been very resistant to whole fruits, only eating purees. 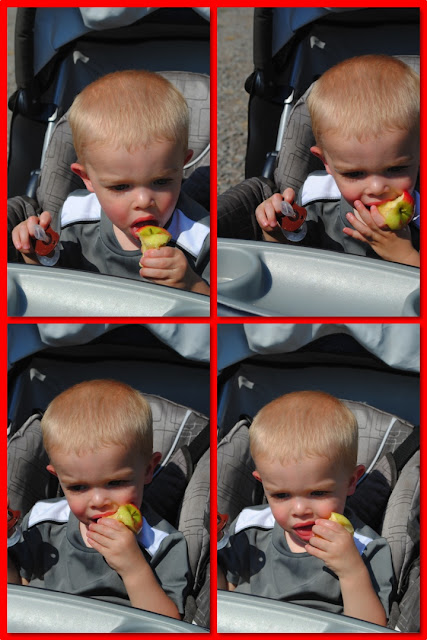 It was a great morning with friends!
Posted by Lesa Herrmann at 4:14 PM