Last weekend we went to visit some good family friends.  I have known the Weber's since I was a little girl and it is always fun to hang out with them.  They have 2 dogs and it was so fun to see Parker playing with them.  He has been around dogs a little, but this is the first time I have seen him with them.  I was having a blast!
Another fun thing P has discovered lately is spinning around on his butt.  I took this video about a week ago.  He spun around a few times before I got the camera out!  He kept turning in full circles with his legs and then stopping in the same place.  Jimmy had never seen him do this before either so it was a bit amusing.  Now he has been doing it all week when he is on hard surfaces.  Such a silly guy!

We have also been able to spend more time outside since the temps have been dropping.  As I shared a couple weeks ago, he doesn't stay on the blanket anymore.  It was rocks then, now it's grass that he prefers to eat.  Usually gets a couple handfuls worth, then figures out it isn't a good idea... 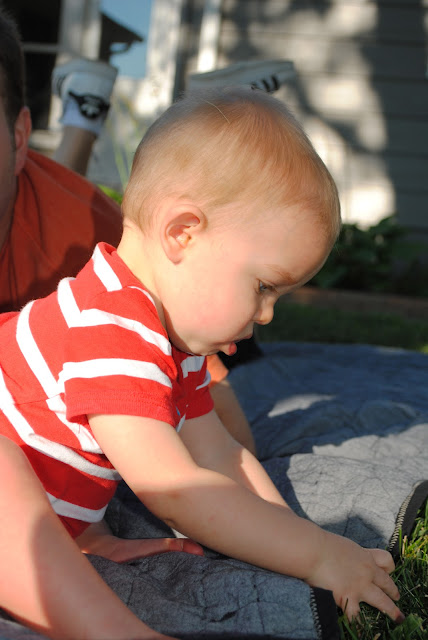 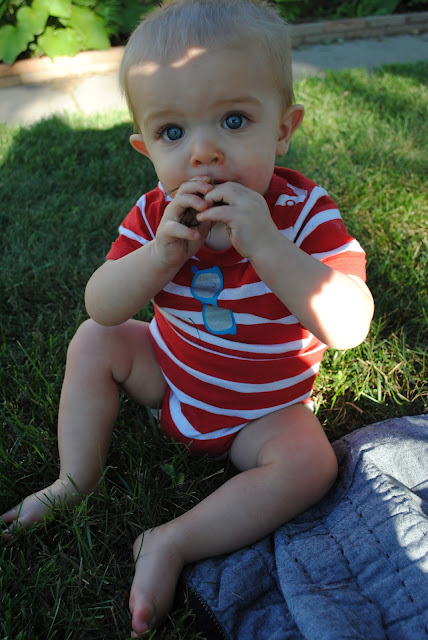 Just a couple more pics to share before I hit the hay!  We have started trying drinking with straws!  Another skill that Parker has a lot to work on, but fun none the less. 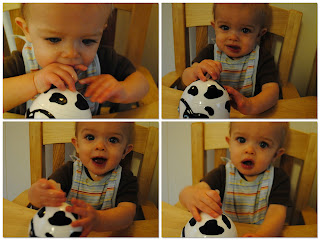 Lastly, we have been closely watching Parker's other lower tooth, but it was being very stubborn.  So, we were quite surprised when he popped a top tooth last weekend!  Now he has matching upper and lower incisors! 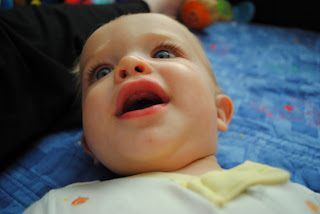