Jimmy and I took a quick weekend trip to Boston recently.  Our main purpose was to see the Twins play the Red Sox at Fenway Park, but we took advantage of a lot of other sites.  We flew out Thursday afternoon. 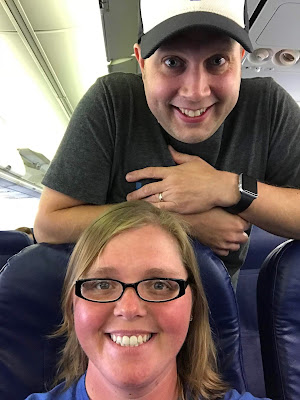 We stayed at Yotel Boston.  It was a nichey little hotel with small, compact rooms and a lot of cool technology.  There was a robot in the lobby to assist you, an adjustable bed and lighting that changed to any color you wish.  It was cozy, but did the trick for a place to sleep.

We grabbed breakfast at Mike's Café and breakfast dessert at Kane's Donuts.  They came up at the best donuts in town and they did not disappoint! 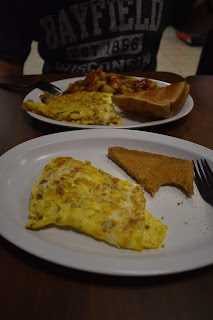 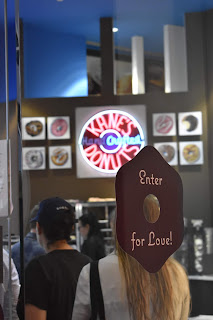 We ate the creme brulee donut first and it was incredible!  We've had one from the Doughnut Plant in NY, but this was better (and bigger!) 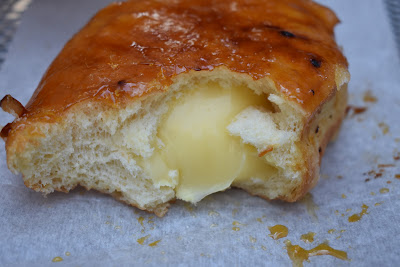 After filling our bellies, we walked the freedom trail.  It is a 2.5 mile walk with 16 historical stops important to the history of the US.  It starts in Boston Common, the oldest public park in the country.  It was a place of gathering, celebration, and puritanical punishment.

1 - Massachusetts State House.  Completed in 1798, it was built on land that was once John Hancock's pasture.  It is the current capital and seat of government in Massachusetts. 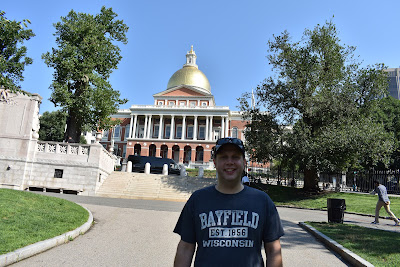 3 - Granary Burying Ground. Established in 1660, some of the most famous Bostonians are buried here.  There are only 2300 headstones, but likely more than 5000 people resting here. 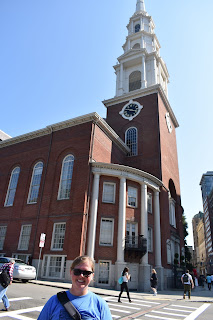 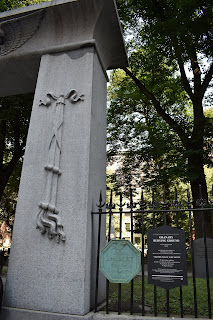 4 - King's Chapel and 5 - King's Chapel Burying Ground. The chapel was originally commissioned in 1688, the current structure was built in the mid 1700s.  This is the first cemetery in Boston proper.  The first mayor of Boston and the first woman to step off the Mayflower are buried here. 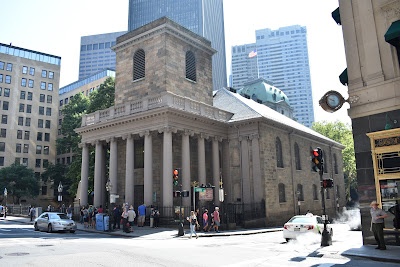 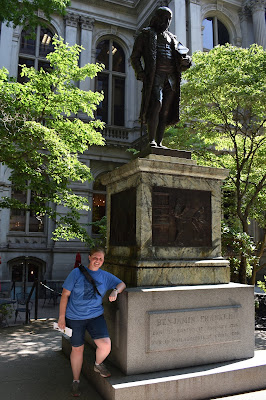 7 - Old Corner Bookstore (presently Chipotle.)  The oldest commercial building in Boston, it opened in 1718 as an apothecary.  It became a center of publishing in the 1800's when the works of the most famous poets and writers rolled out of their doors. 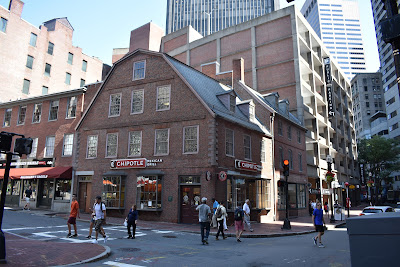 8 - Old South Meeting House. Built in 1729, it was the largest building in colonial Boston and the stage some pivotal events of the American Revolution.

9 - Old State House.  Built in 1713 for the colonial government.  It stands today as a museum. 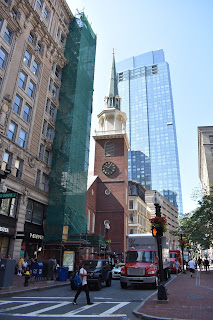 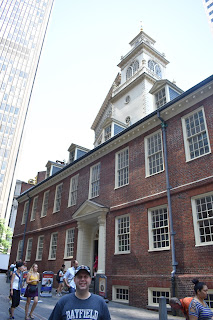 10 - Boston Massacre Site.  The redcoats were sent to Boston in 1768 to protect customs officials, but friction remained strong.  Tensions burst on March 5, 1770 when 5 men were killed. 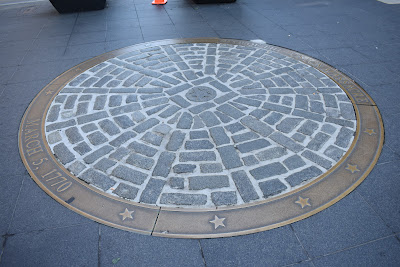 11 - Faneuil Hall.  "The Home of Free Speech" was a town meeting hall built in 1741.  It was donated to the city of Boston with the stipulation that it must remain a public forum and marketplace forever. 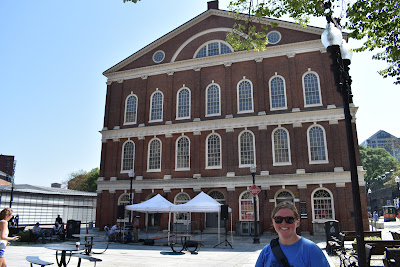 12 - Paul Revere House. Built in 1680, it is one of the oldest buildings in downtown Boston.  Paul Revere moved loved here when he made his famous ride to proclaim "the British are coming" (which he didn't actually proclaim.) 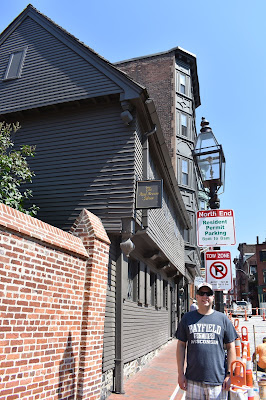 13 - Old North Church.  First opened in 1723, it's 191' steeple is the tallest in Boston.  This house of worship was immortalized in Longfellow's poem The Midnight Ride of Paul Revere. 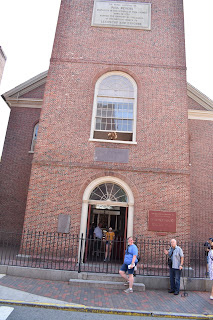 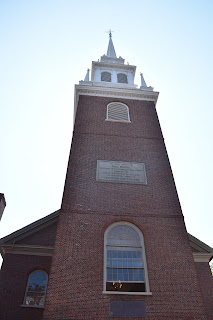 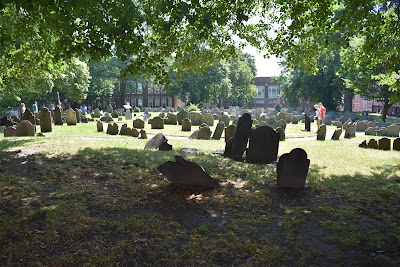 15 - USS Constitution.  Launched in 1797, this is the oldest commissioned warship aflaot in the world. 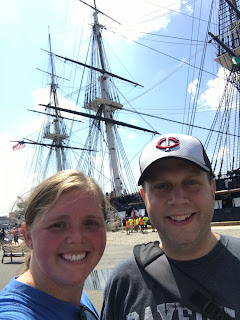 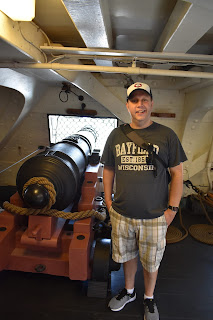 16 - Bunker Hill Monument.  The battle of Bunker Hill took place on June 17th ,1775 and was the firs major battle of the Revolutionary War.  The British technically won, but it proved the colonial forces could hold their own. 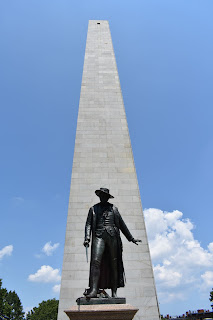 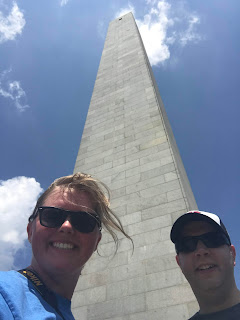 Up Next: Apple, lobster, ghosts, and more!

Posted by Lesa Herrmann at 9:38 PM