The Coldest Twins Game Ever

Many weeks backed Jimmy picked April 7th for our first Twins game.  Little did we know it would go down in history as the coldest Twins home game ever!  We bucked up, bundled up, and headed to the field.  We arrived a little early so we could walk around and check out the newer things. 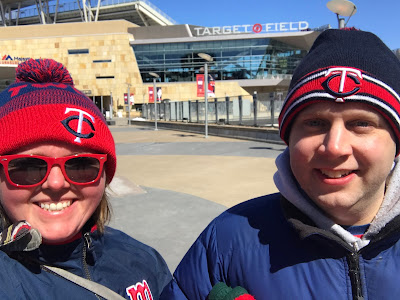 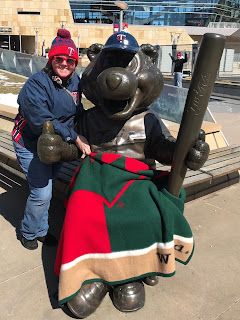 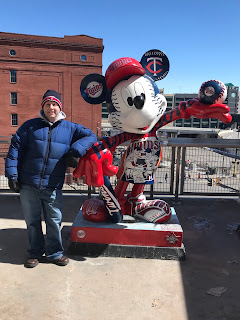 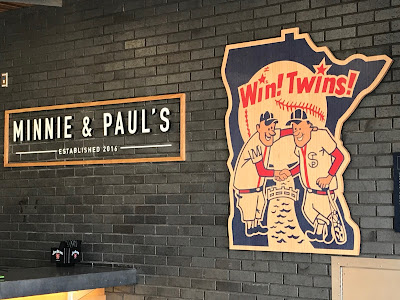 We grabbed a bite to eat and warmed up up for a bit in the Two Gingers bar before first pitch.  Jimmy was eyeing up another fan's dinger dog when we heard them ask another fan if they wanted it because they weren't going to eat it.  They declined, but we are smarter than that and pounced on the opportunity (which isn't weird at all.)  Jimmy was so proud of our victory.  Free hot dog! 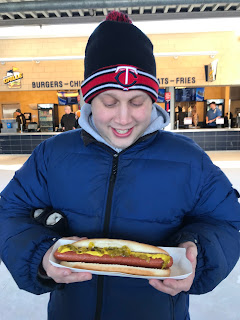 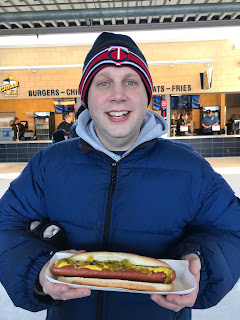 With our tummies full it was time for first pitch at a balmy 27 degrees with a 15 degree windchill. 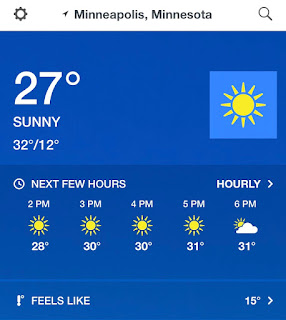 There was even some snow still hanging around the stadium, 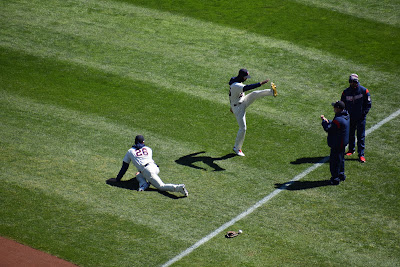 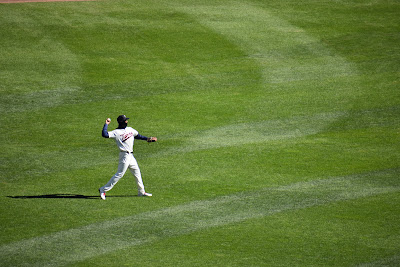 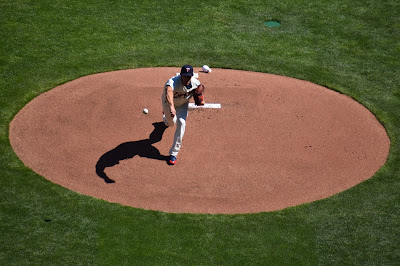 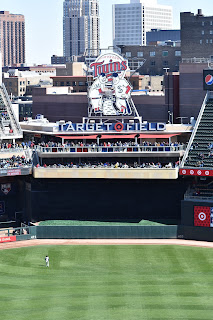 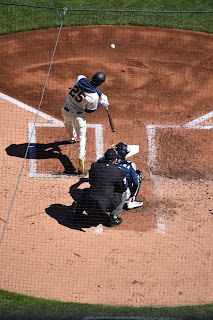 The official attendance numbers are based on tickets sold, which was 18,000, but there was nowhere near that many people there.  You can see just how empty it was in this panoramic picture.  Jimmy is in the center at the bottom.  There was about 15 people sitting in our section at the peak.  We headed down to the lower level at the end of the sixth and we were the last ones there.

My friend Rachel is an usher for the Twins, so we checked out her section and found some heat lamps.  Our faces were so cold and a little wind-burnt. 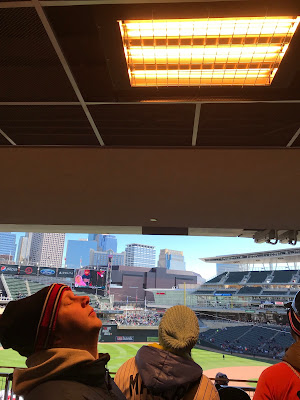 The Twins ended up losing 11-4, but we made it through the whole game, which is a pretty big accomplishment considering the conditions.  I don't think I fully thawed out until the next morning.  Hopefully our next one is warmer.