We made our fourth (and final) trip to Ames, IA on Saturday to watch my cousin, Kaylee, play basketball.  My dad decided to tag along this year, which was nice because I didn't have to drive.  If you want to relive our past trips click here -->  2015  2016  2017 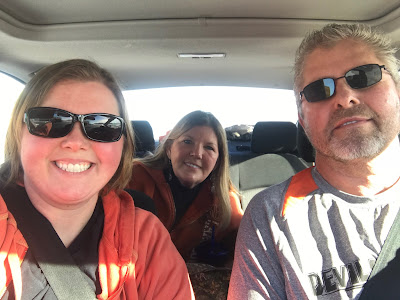 Our family friend, Emily was out of town, but we did get to eat at Hickory park in her honor. 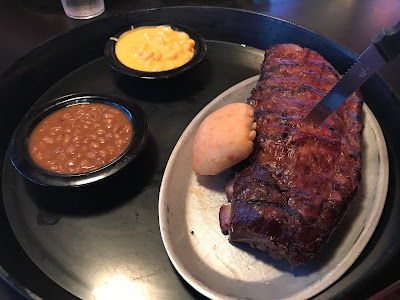 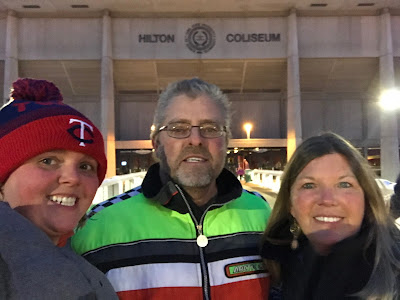 I brought my longer lens and was able to get some really good pictures of warm-ups and the game. 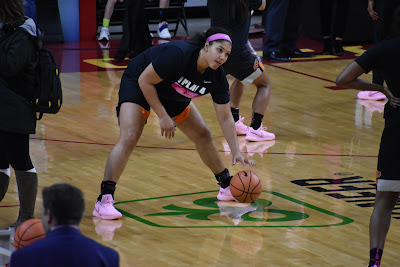 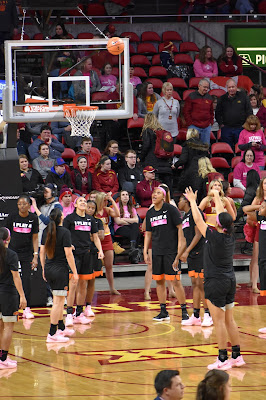 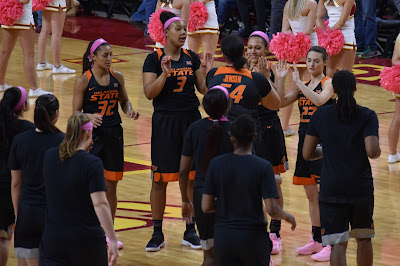 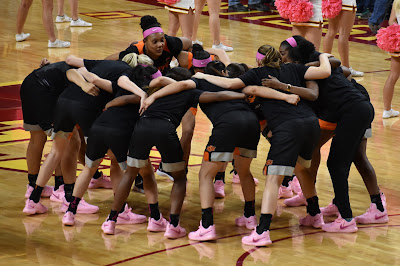 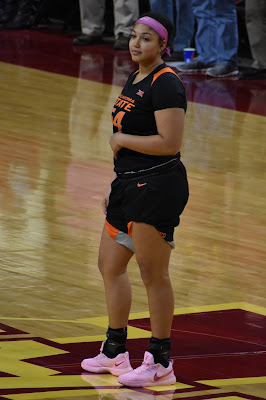 It was a tale of two halves.  The Cowgirls were up 45-25 at halftime, then were outscored 30-12 in the third quarter.  With their lead virtually eliminated it came down to a tight fourth quarter. 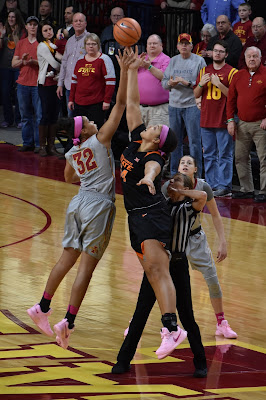 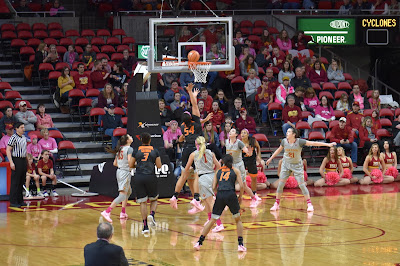 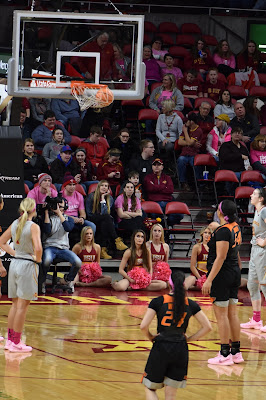 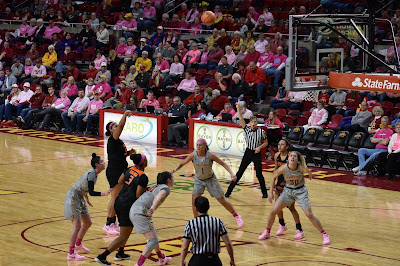 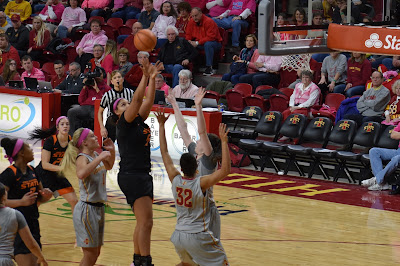 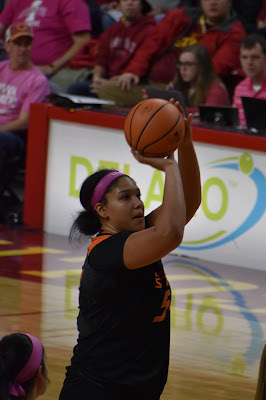 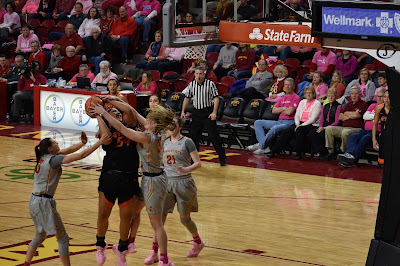 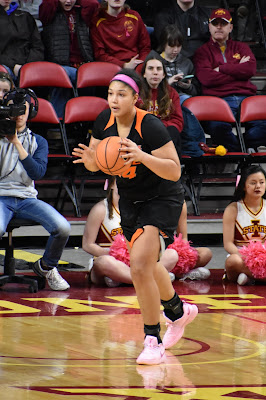 They led by just 3 when a ball went out of bounds leaving just 1 second on the shot clock.  An inbound lob was grabbed by Braxtin Miller who threw it up for a 3 and it went it!  After a brief review the shot was confirmed.  Kaylee's mom was visibly concerned during the review. 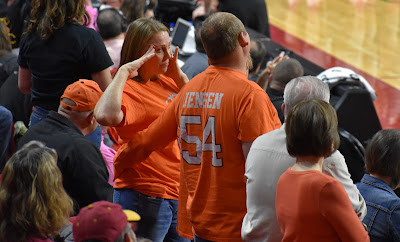 Kaylee had a career high, 35 point, game and put on a great show for the nearly 50 friends and family that made the trip to watch. 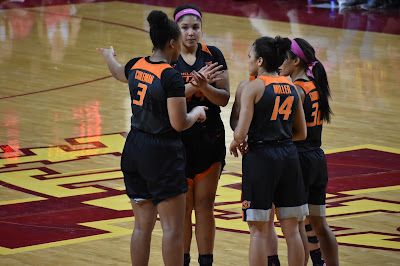 A trip with my parents isn't complete without some ice cream.  This is a Clone Cone, and it was enough for all fo us! 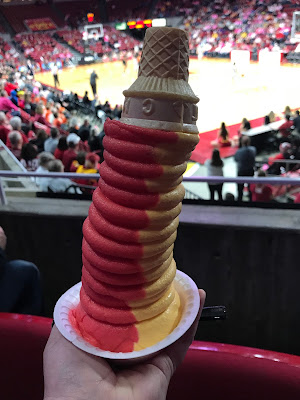 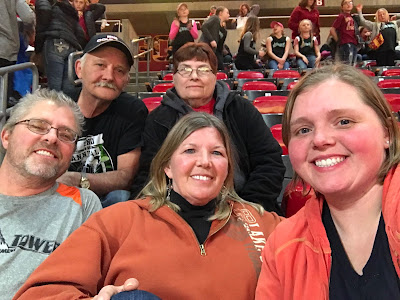 The whole clan that made the trip.  Only a few more games before she finishes up her senior year.  We will be making a girls trip in a couple weeks to attend senior night in Stillwater, OK.  Can't wait to see her play one more time. 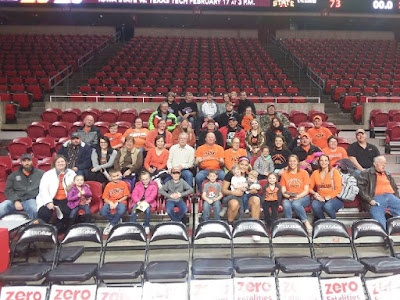 Posted by Lesa Herrmann at 9:22 PM