We started Parker's first week of school with our traditional Labor Day breakfast at Panera.  The two old ladies behind Esme were loving all the attention she was giving them. 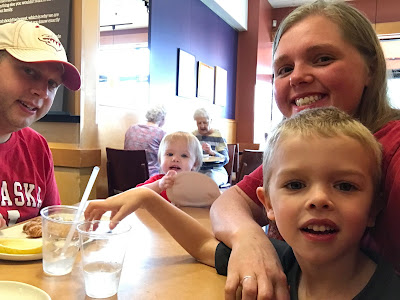 We also ended up all wearing red unintentionally.  #GoBigRed 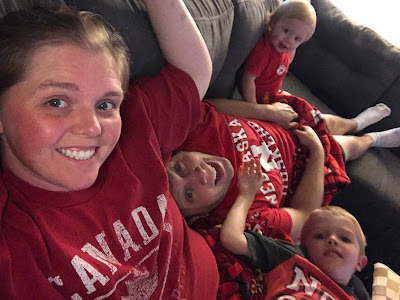 My friend Shannon requested my assistance and technology to make shirts for her son Simon and another friend, Mitchell.  I had thought about making something for Parker, but was feeling very unmotivated.  This was the push I needed!  The back will have hand prints for each year. 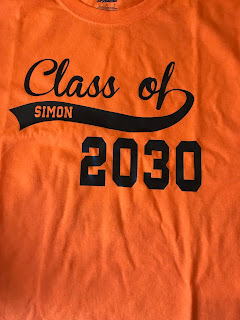 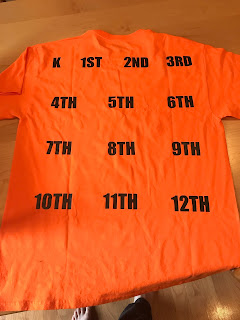 It is (hopefully) big enough that he will be able to wear it all the way to graduation.  One year down and he actually posed for me!  Only 12 more to go. 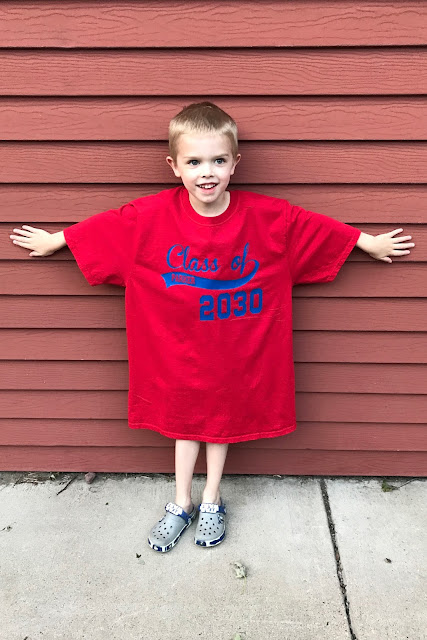 He is going to adventure club in the morning and I decided to just drop him off there the first day to start a good routine.  I was much more emotional that I thought I would be.  We've had 3 other first days of school, so this should be easy, but it wasn't.  He is doing great before school, but is having some struggles during the day.  I hope it just take a bit for him to get back in a good routine. 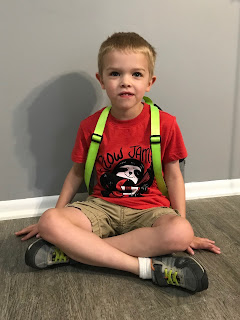 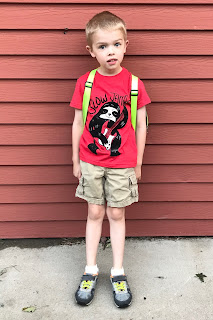 The only hiccup so far was the second day.  He came home with two huge bandaids on his wrist and neither Jimmy or I had been called.  It turned out he had a couple of cuts from the motor room and there was a misunderstanding about who was going to call.  They weren't that bad, but long enough to warrant the giant bandages.  He didn't seem too bothered by it, which made me happy.  Hopefully it's the only incident this year. 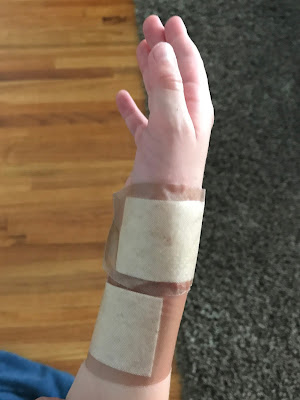