We woke up early Sunday morning to head home from Nebraska.  We don't usually stay for breakfast, but did this year.  Bacon, eggs, toast, and orange juice later, we were on the road.  It may have been a bit early for Parker still! 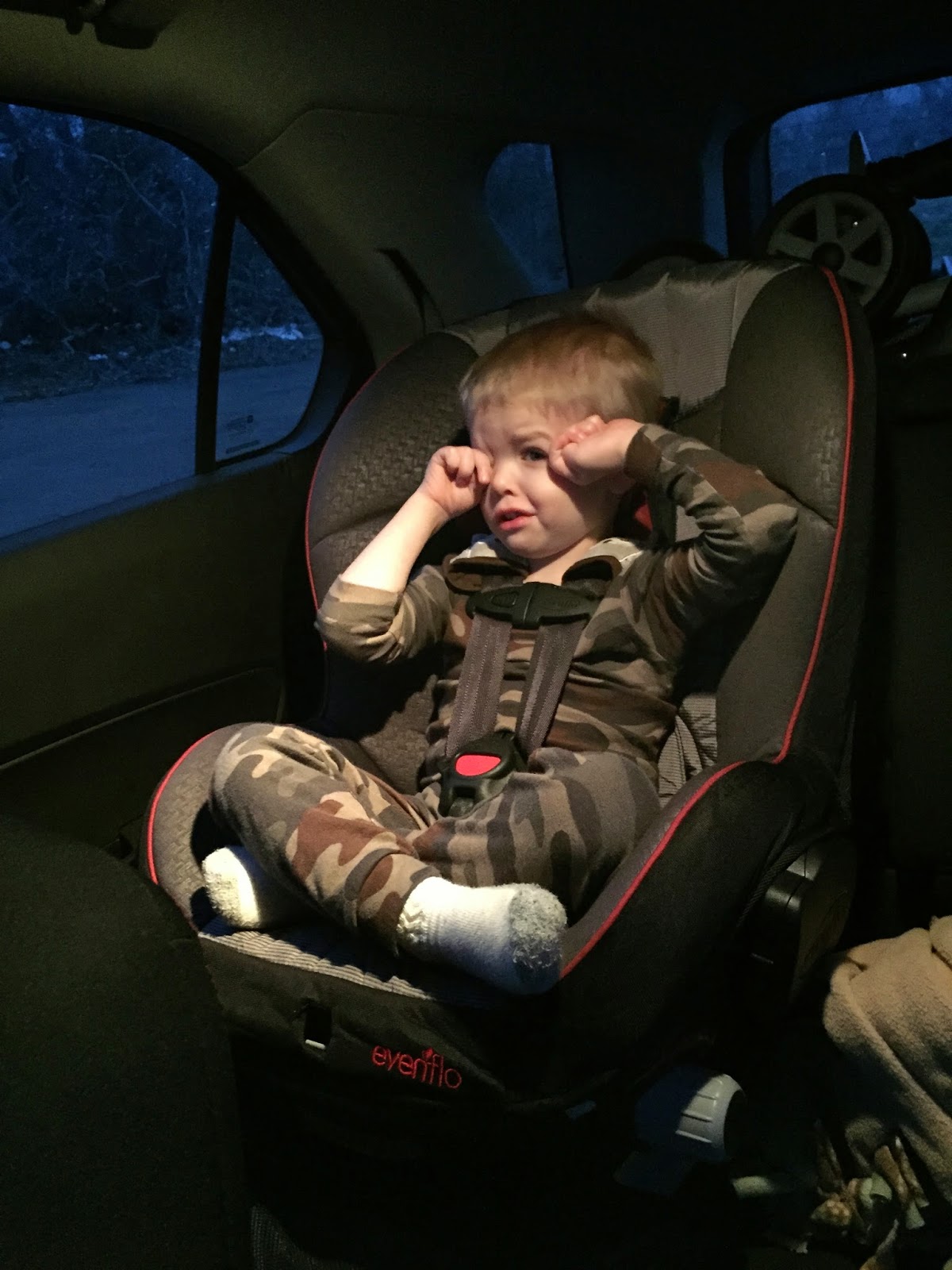 Our first stop was a visit to the house my great-grandpa Emory lived in for many years.  Parker got his middle name from him.  The house hasn't been occupied in a while so it was starting to look pretty beat up.  It bums me out, but it happen a lot in small rural towns. 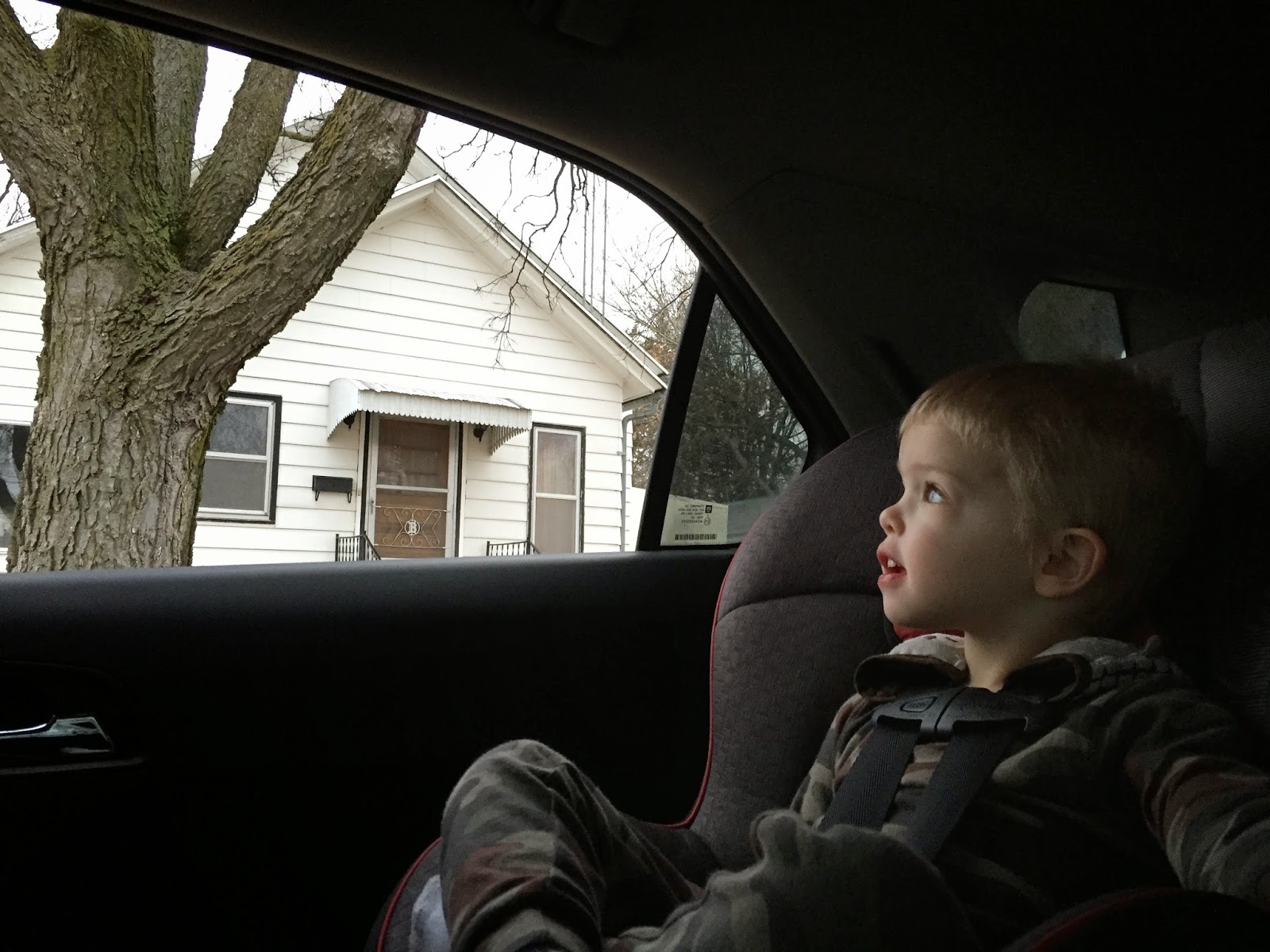 Our next stop was just to get a picture with the town sign!  We passed a little town with the same name as the street we live on, so I couldn't resist getting a picture!  I even had to scrape off some snow! (There is a name on the sign, but then the internet would know where I live.  You can probably google that stuff, but it doesn't need a picture!) 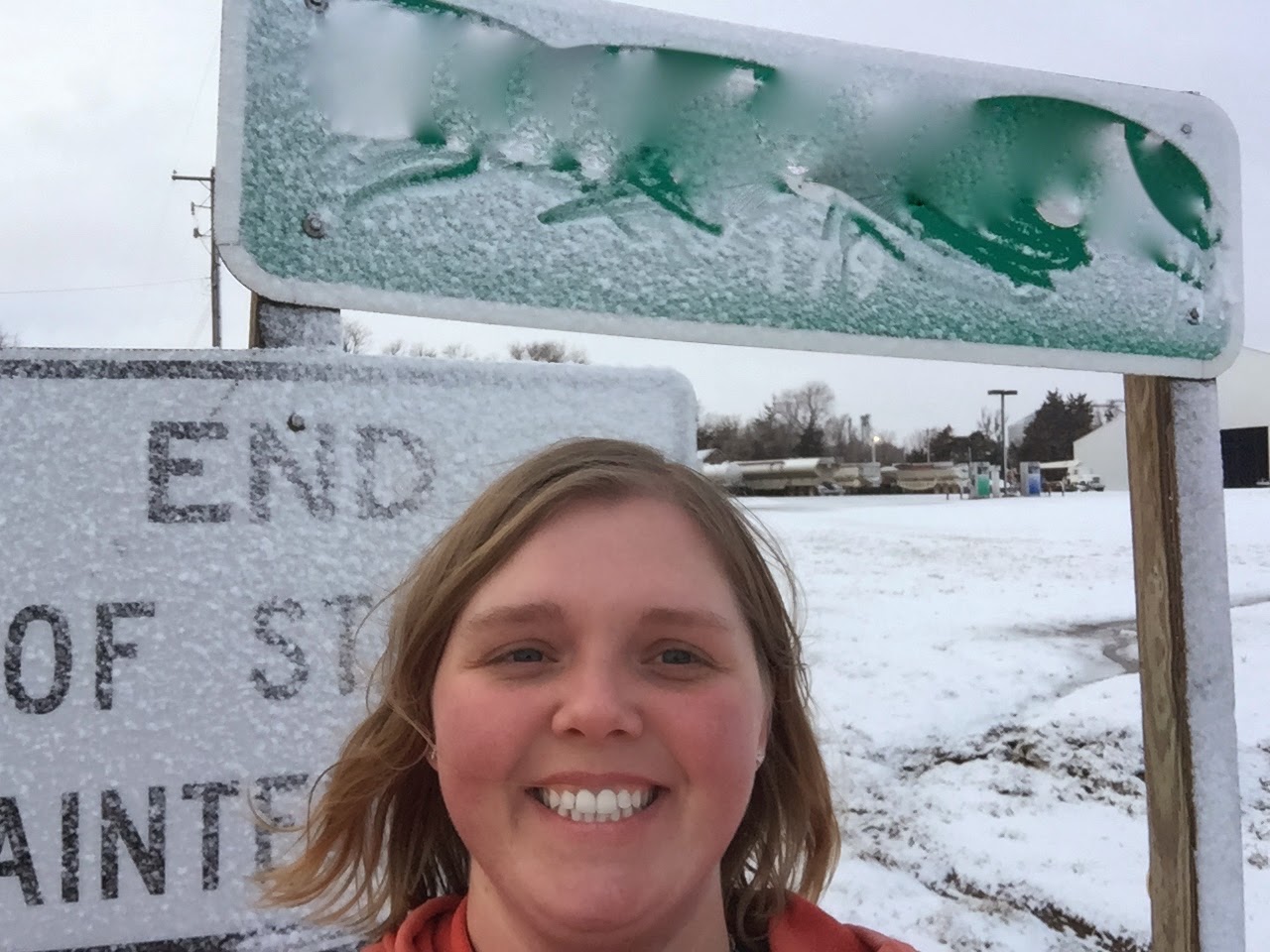 A little further on our drive we detoured through Plainview, NE.  This town was the setting for fictional Hawthorne in the movie Nebraska.  It was fun to see the streets from the movie.  The town sign was on display in the window of a local cafe. 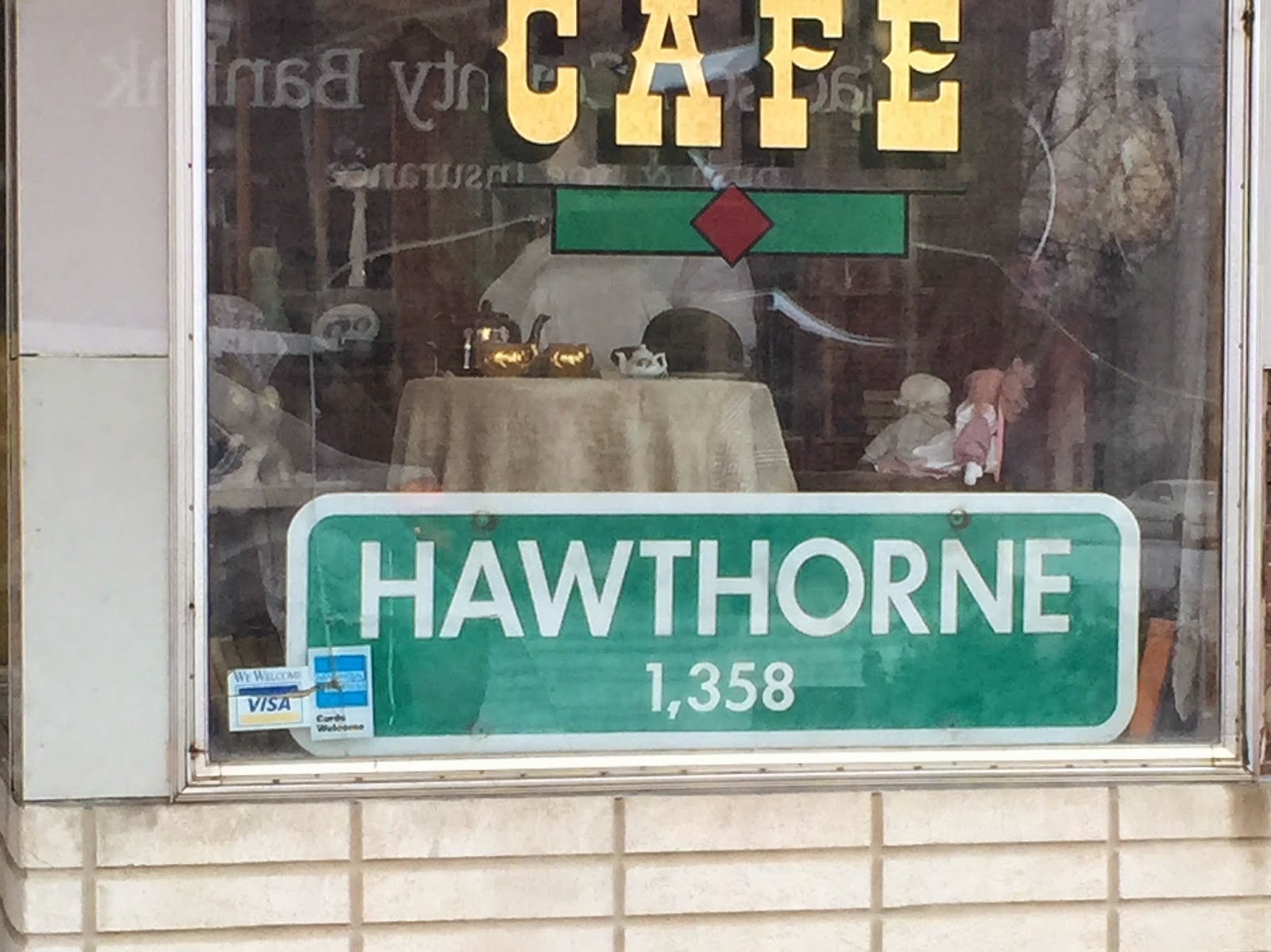 That was our last stop for a while.  Parker entertained us by singing "Head, Shoulders, Knees, and Toes" over and over again.  This is a pretty big milestone for him.
The final stop on our adventure home was Hawkeye Point.  Looks riveting, right?  It just happens to be the highest point in Iowa!  My parents have been driving by it for 30 years, so it was time to stop! 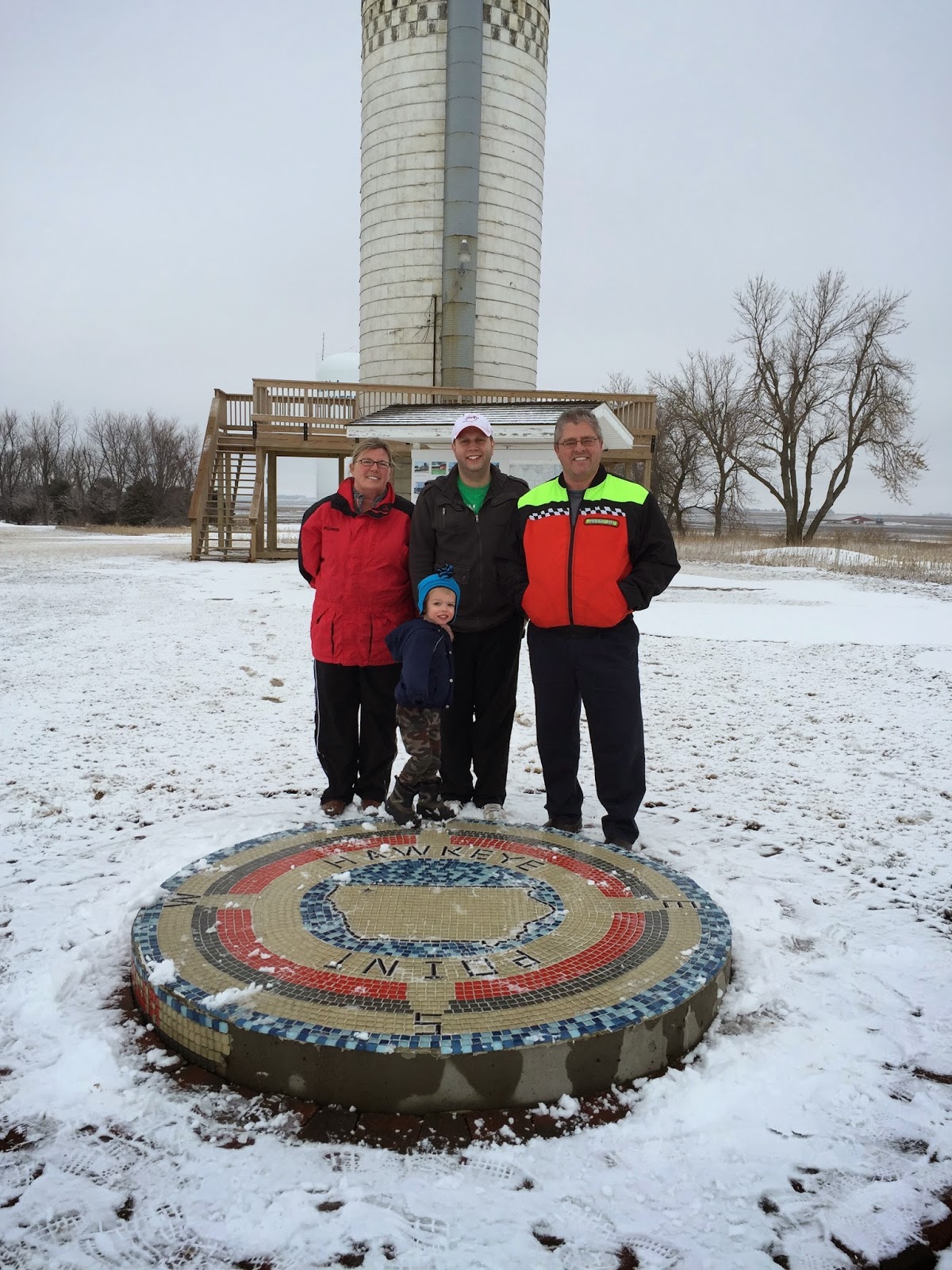 Parker was more than happy for the chance to stretch his legs. 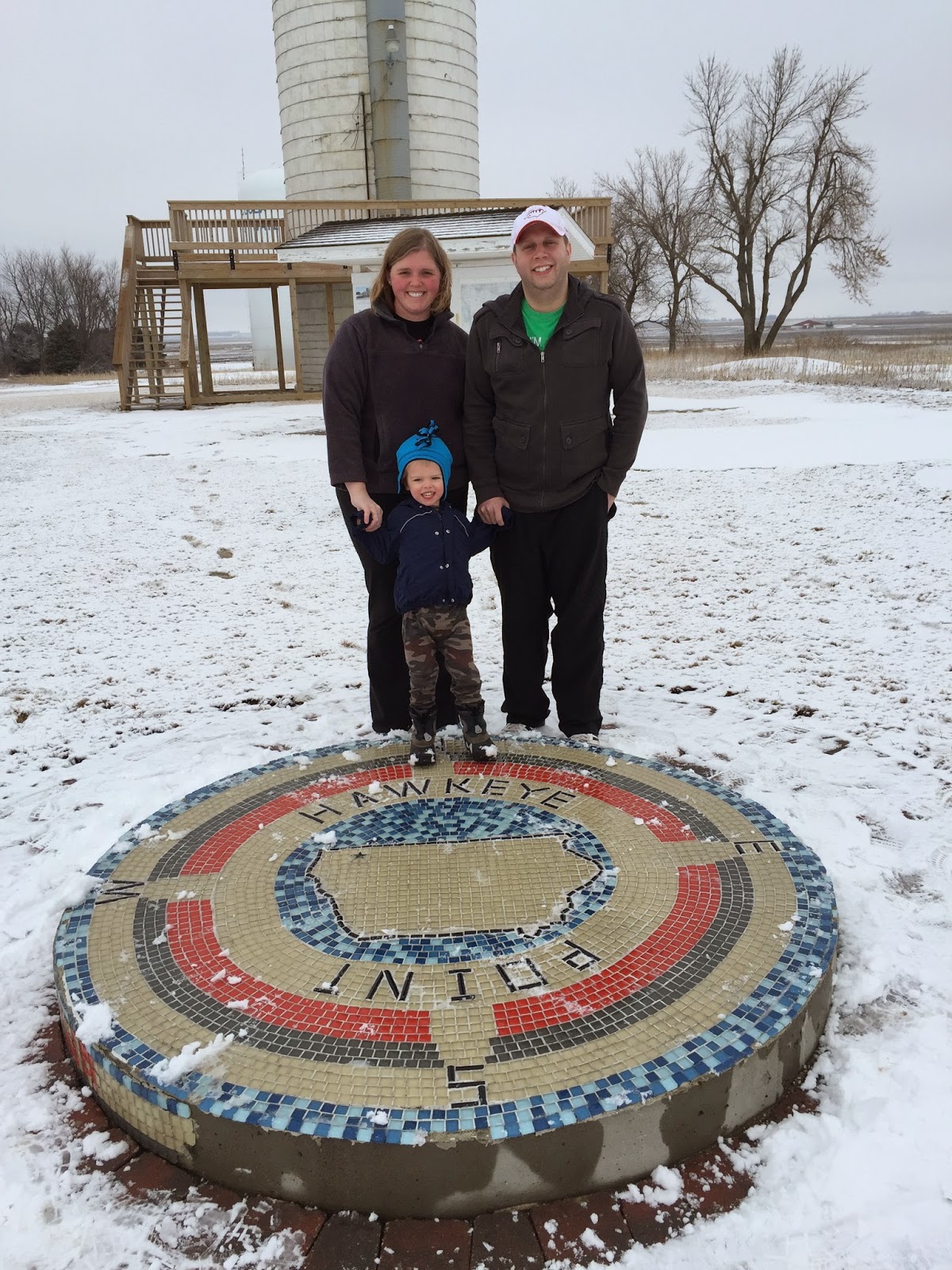 They have signs pointing to the other state high points and their elevations, but at least a few of them aren't correct.  Not sure if that was intentional or not, but its the thought that counts, right? 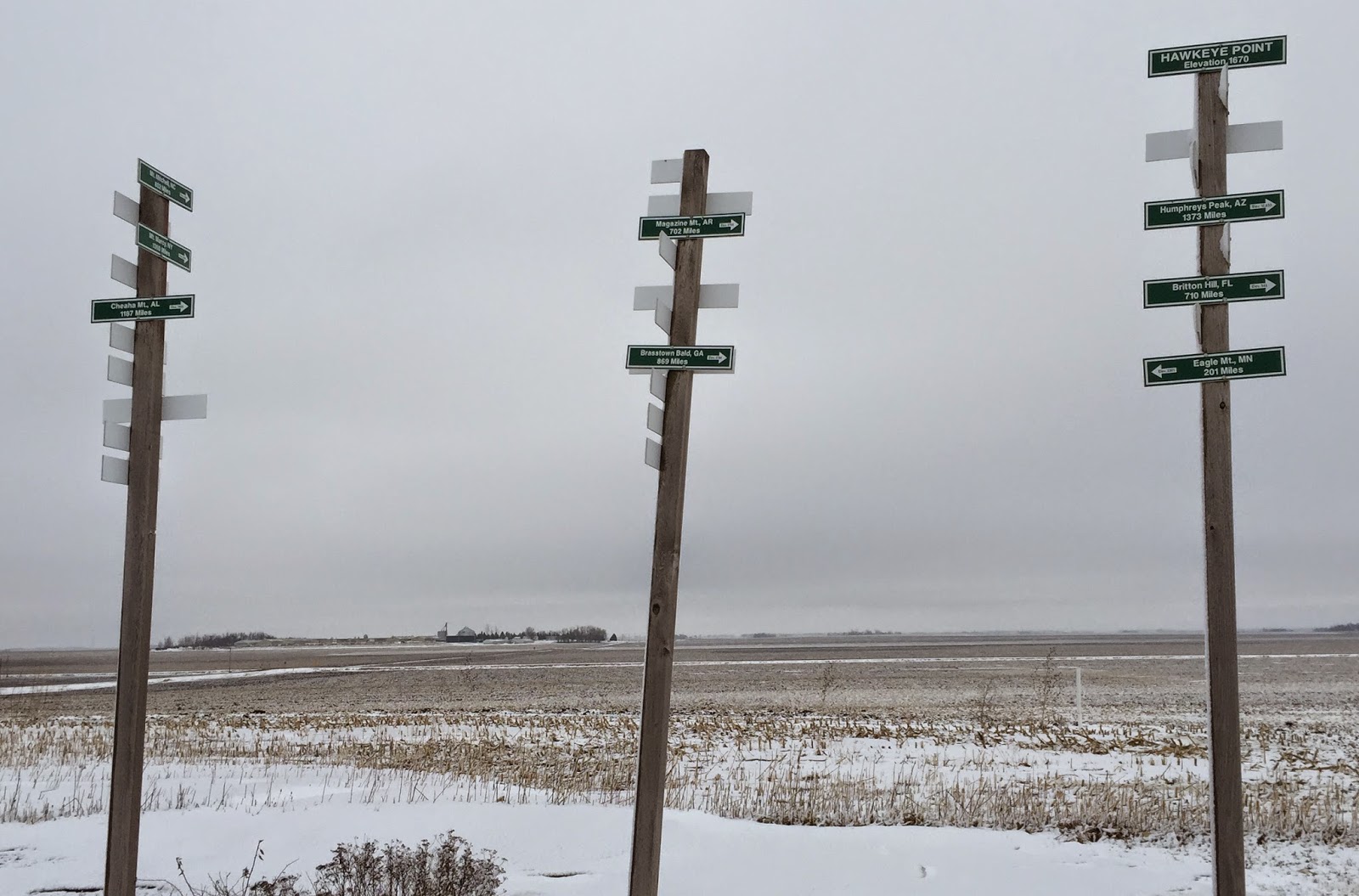 They also have a display of license plates sent to the original land owners over the years.  There isn't much else... 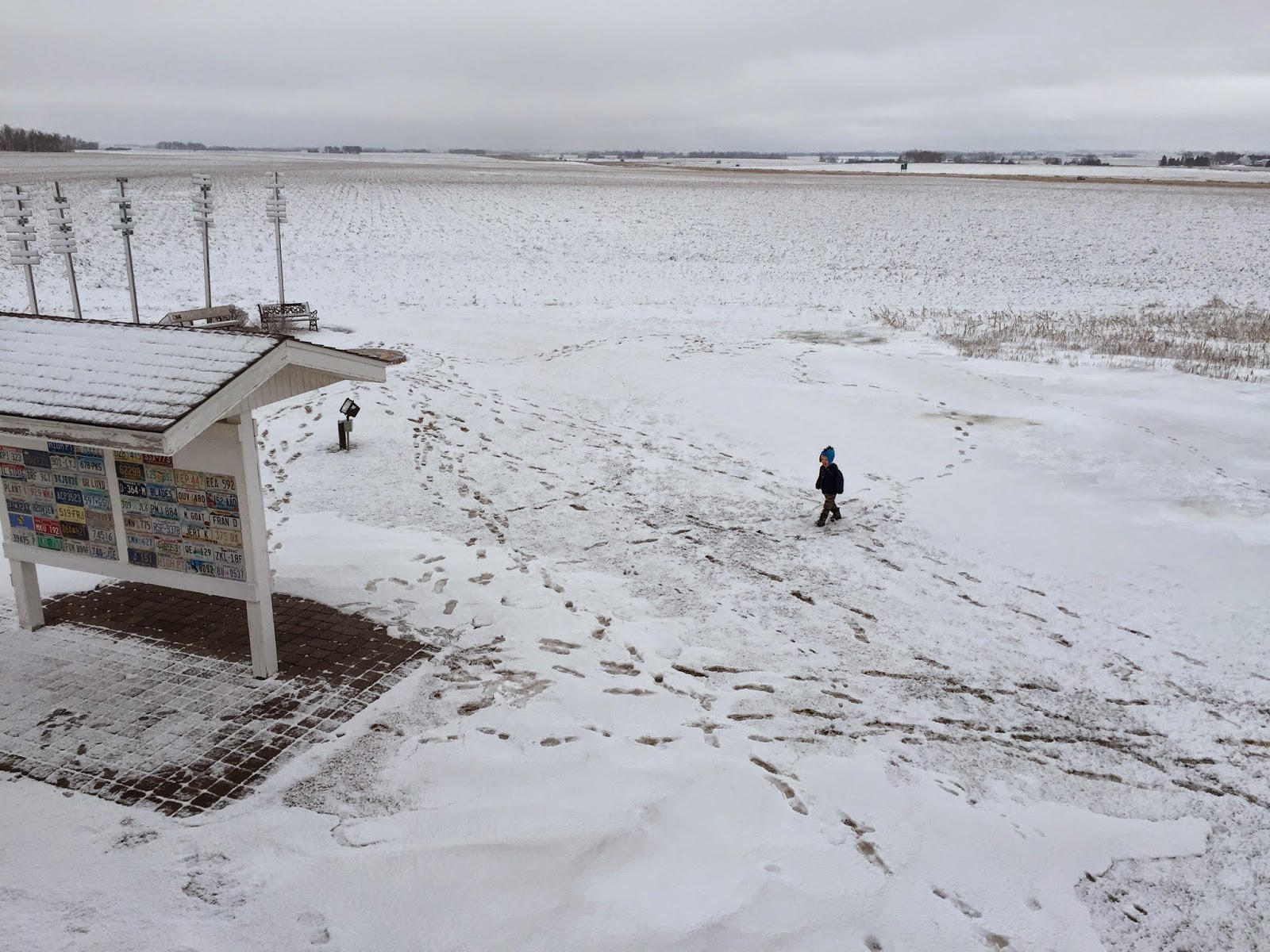 Other than the amazing view of Iowa!

After a quick lunch we were on to the final stretch.  Both of boys were snoozing by Mankato, a sign of a great adventure! 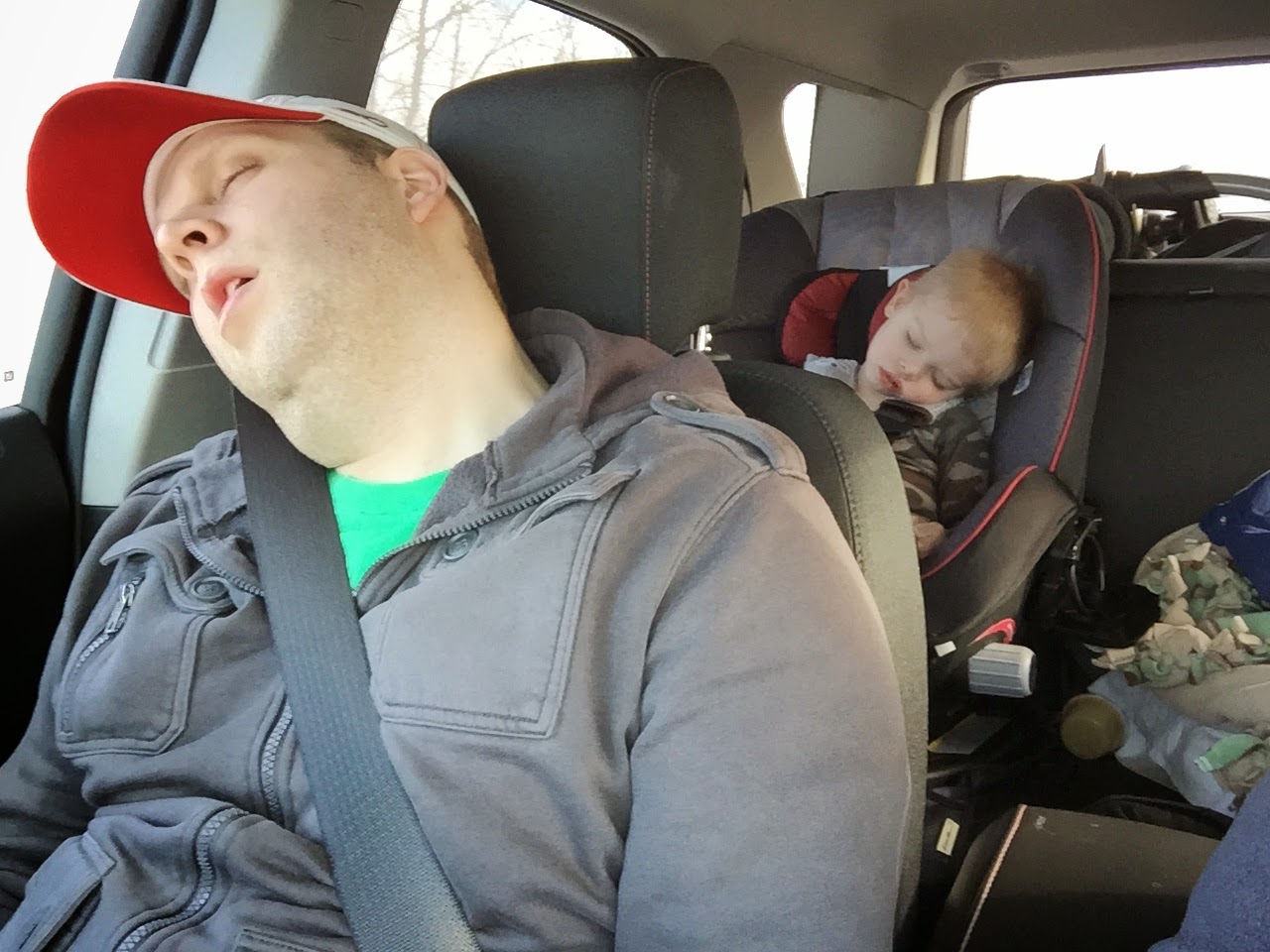 Posted by Lesa Herrmann at 8:24 PM