We had a pretty tame New Year's Eve.  I made a fun meme of the kids with the Vikings cheerleaders the day before they lost to the Bears. I hope not to get a lot of use of it, but only time will tell. 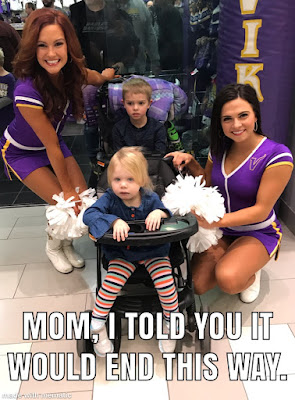 We headed over to my parent's for pizza and cards.  My brother bought some one piece jammies for my nephew, but he was too cool for them, so I win!  We just happened to bring Parker's Chewbacca jammies, so we matched! 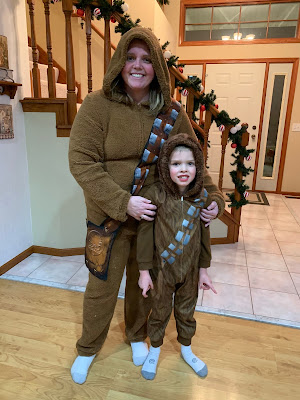 We played a game called Seven and the winner of each round got to choose a cupcake for everyone to try.  We went to Nadia Cakes and got a 6 pack of boozy cupcakes. 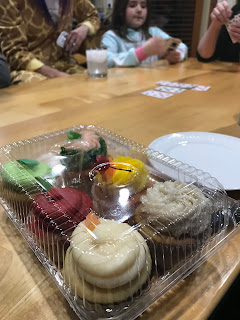 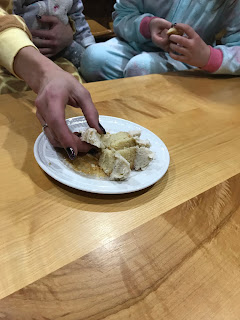 Posted by Lesa Herrmann at 9:05 PM