A couple months ago I was chatting with a supplier at work about my Nebraska connections.  They are very close to where my parents grew up and we got on the topic of football.  After telling them I had never been to a game they offered me tickets to the Minnesota-Nebraska game at Memorial Stadium in Lincoln!  My dad went hunting down there earlier in the week, so my mom and nephew headed down on Saturday morning.  We stopped for lunch at Runza and couldn't leave without cones!  You can read about our love of twist cones and see Parker's visit to Memorial Stadium HERE. 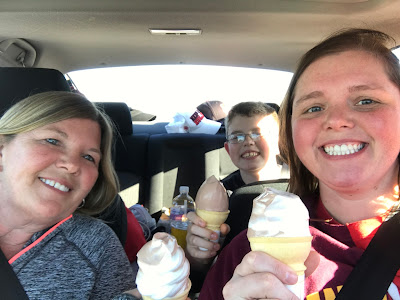 We checked in to our hotel and met up with my aunt and uncle who also had tickets.  We headed down to the stadium and found the tailgate party where we picked up our tickets. 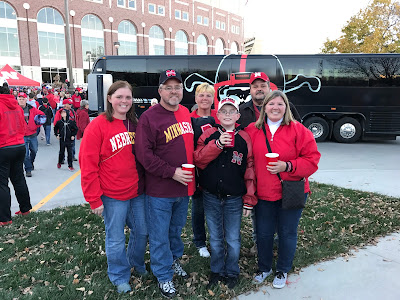 They had an incredible set-up right in front of the east gate with TVs, chairs, food and drinks for all. 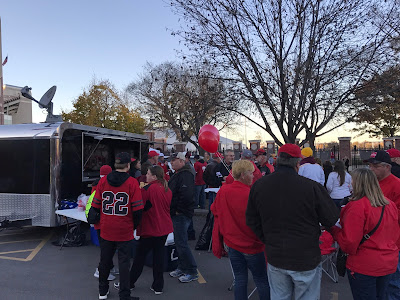 Nebresota and Minnaska had to make their appearance again as well and they got a great reception!  They were a conversation starter with lots of strangers. 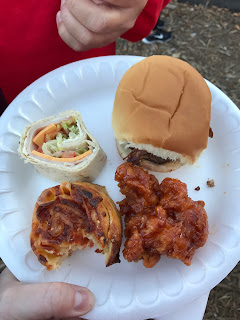 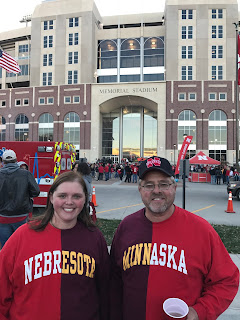 I loved walking around and seeing the different parts of the stadium.  It was first built in the 20s and has been expanding many times since the 60s to it current capacity of 90,000.  It has had 353 consecutive sellouts as of Saturday. 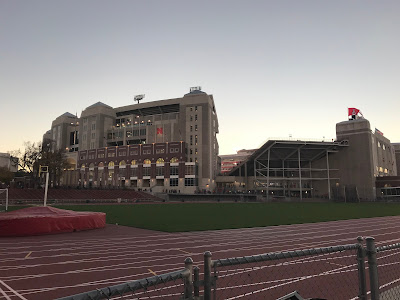 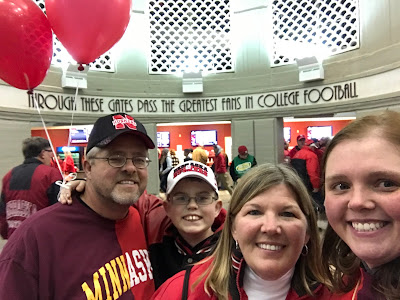 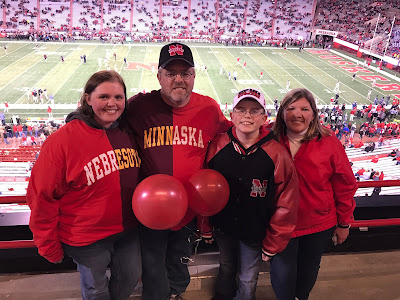 Our seats were right about the 45 yard line and we couldn't have asked for a better view! 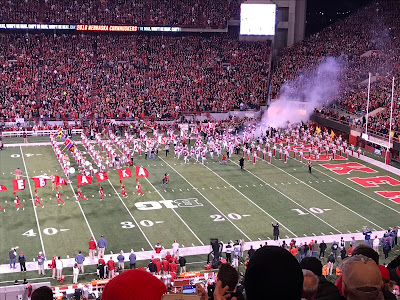 Releasing balloons after the first score is a tradition going back over 50 years and we were excited to participate! 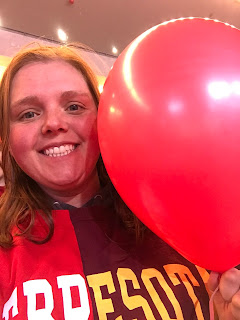 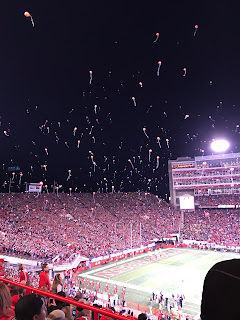 A lot of quirks come with an old stadium.  We had quite the maze of ramps and stairs to get to our seats.  You can see the original lower concourse and outside wall on the left below and the "concourse" at the top of the lower level, where you can access the second level.  There was a lot of craziness trying to get out. 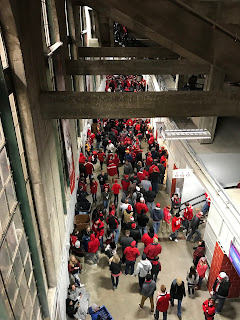 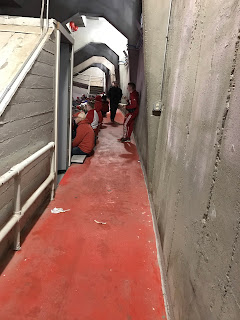 Both teams fough hard, but Nebraska came out victorious for the second year in a row!  Go Big Red! 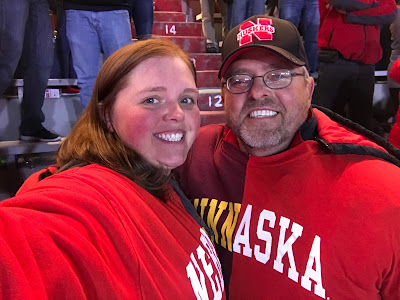