We made a quick trip (only 33 hours!) to Nebraska this weekend to celebrate Christmas with my dad's family.  Parker had a fever last year so we didn't get to go. We left Friday afternoon and had a pretty good drive. You can make it in 5 1/2 to 6 hours with minimal stopping so I was hoping to make it in 7. The last half was pretty foggy so we slowed down a bit. We were the only car for a long time, but finally got some help when from cars ahead of us. Then we met up with my parents and followed them the rest of the way to my aunt and uncle's house.  We got there in just under 6 1/2 hours, Parker stayed awake the whole trip until the last 15 minutes! 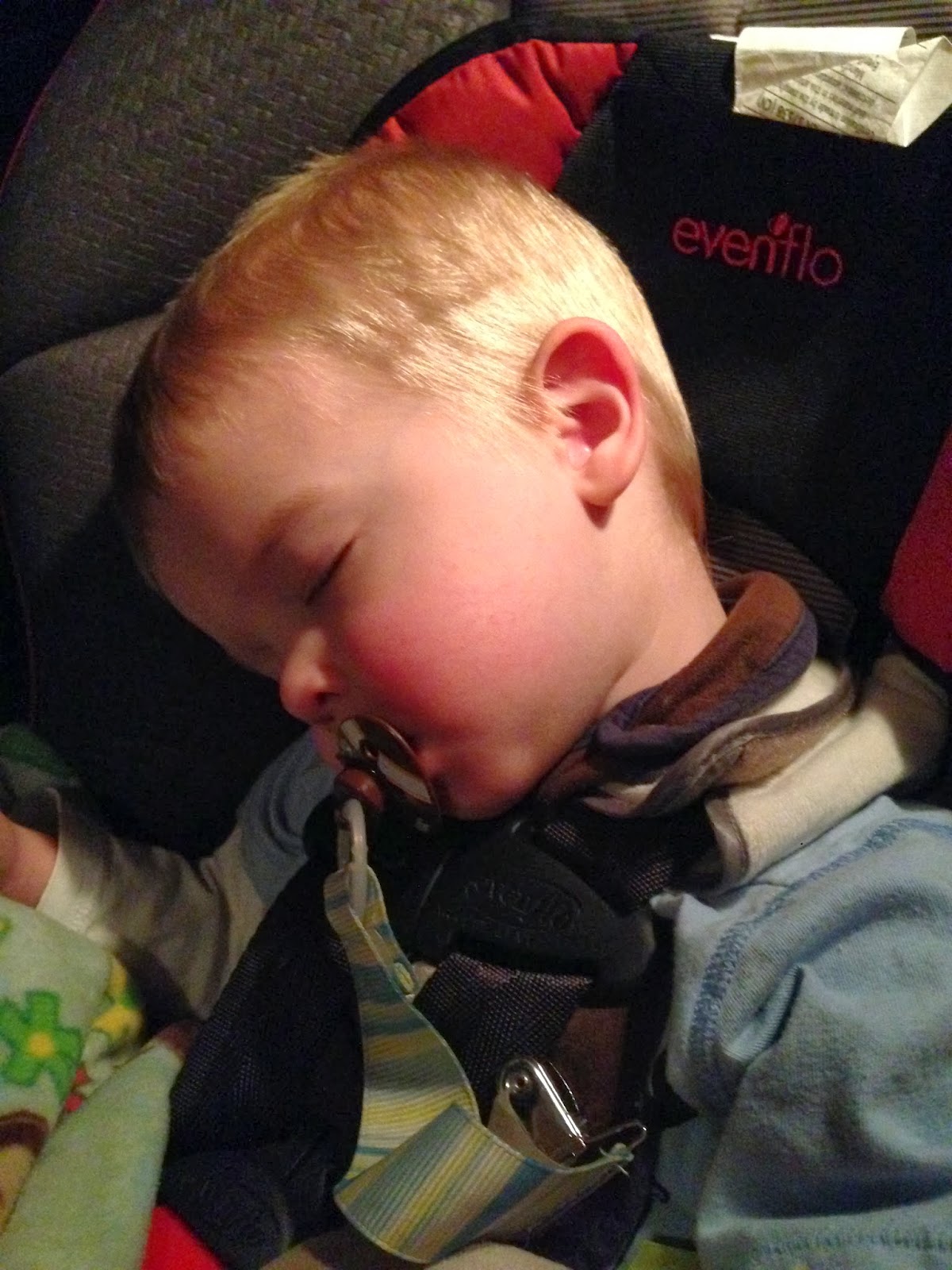 We had a small breakfast on Saturday because there was going to be so much good food for dinner (that's lunch for you city folk!)  People started arriving at 11 and we were eating by noon.  There were just about as many desserts as there was other food so that didn't help my waistline!  This weekend is the last of the holiday gatherings so hopefully I will be back on track soon.

Parker and I played catch with an exercise ball, he thought that was the best!  I was standing on the stairs and he would roll it down and I would throw it back up. 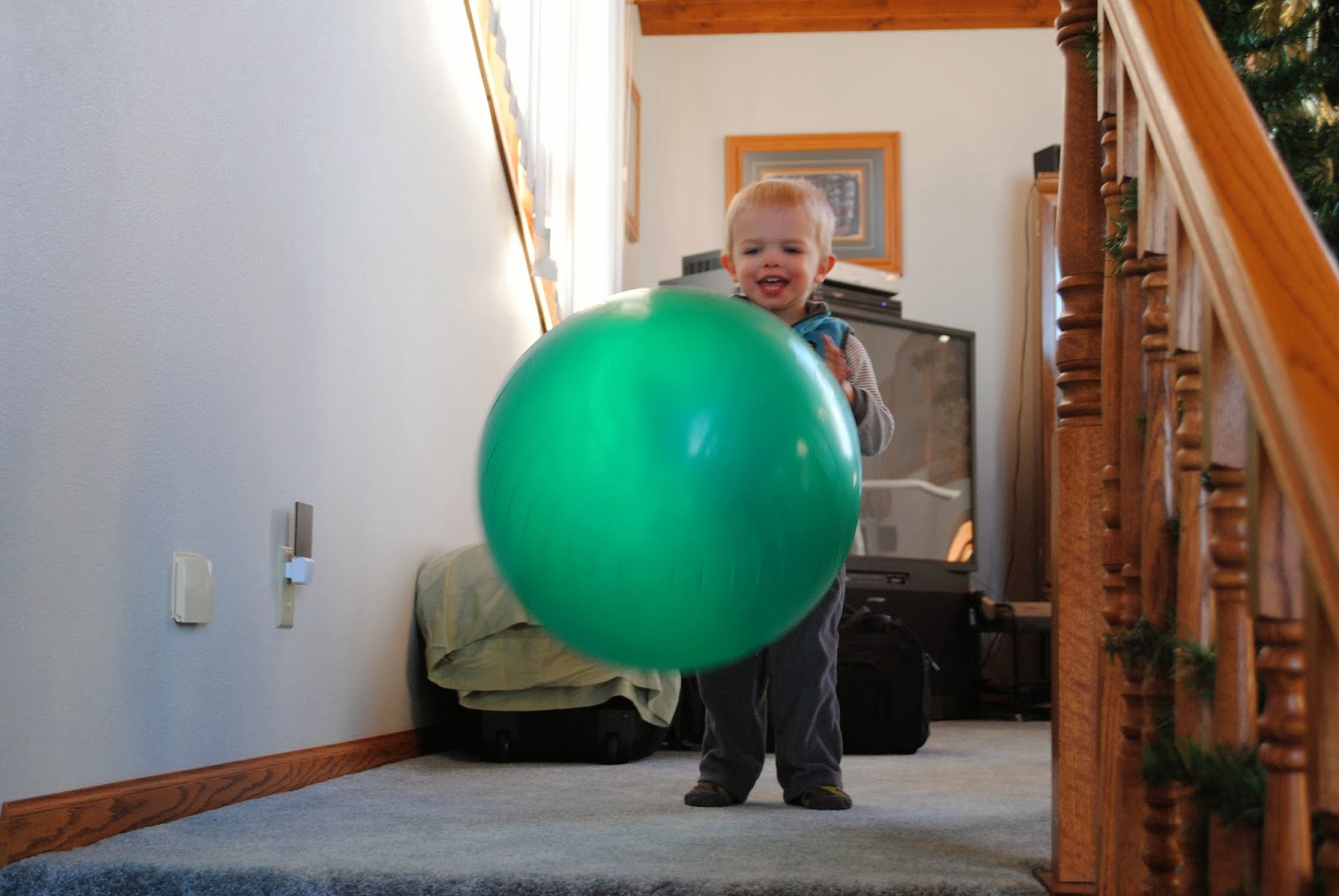 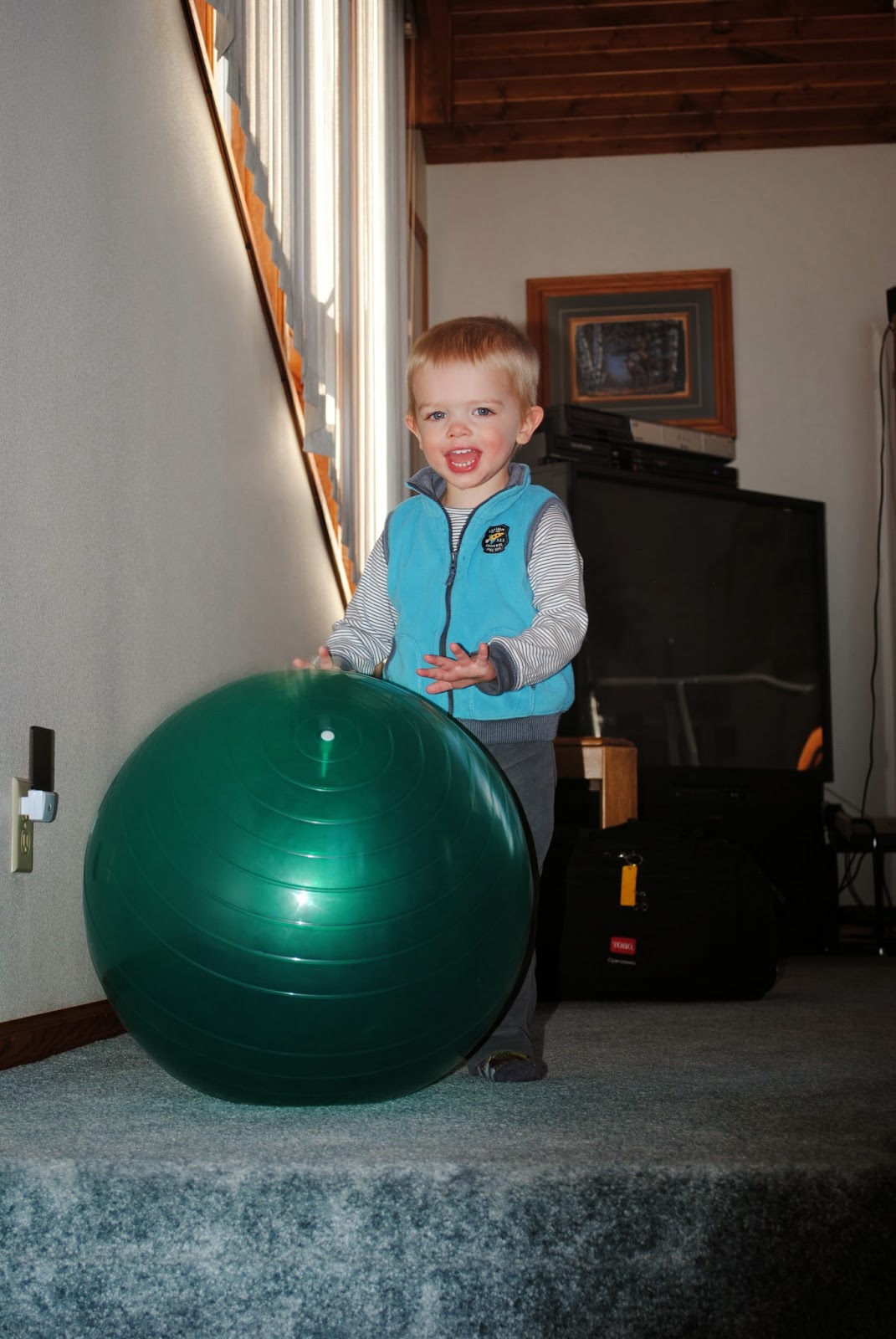 We also got to see my cousin's kids who are adorable! 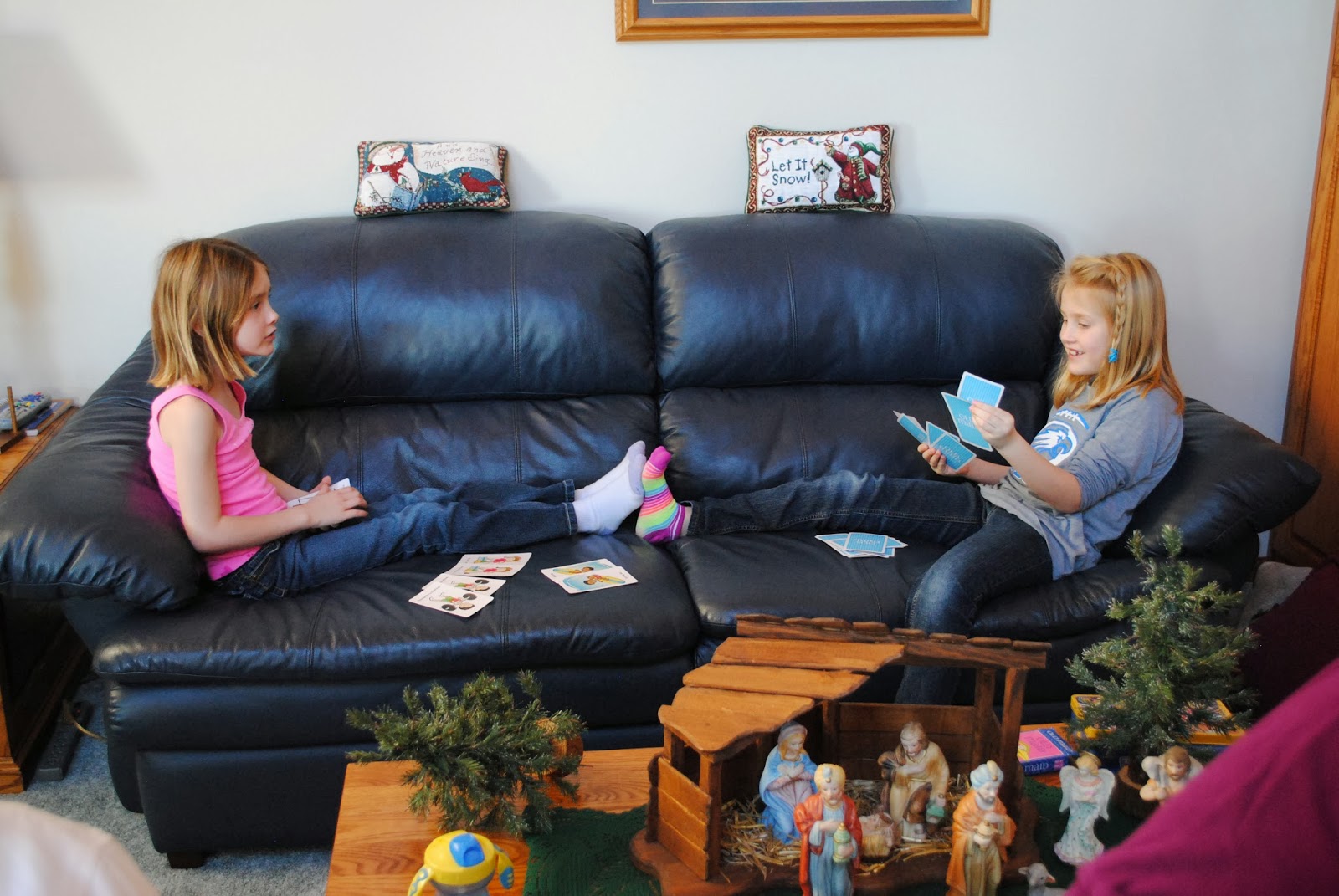 Rogan was born just before Jimmy and I were married!  That seems kind of crazy!  He is not the little guy from years past anymore! 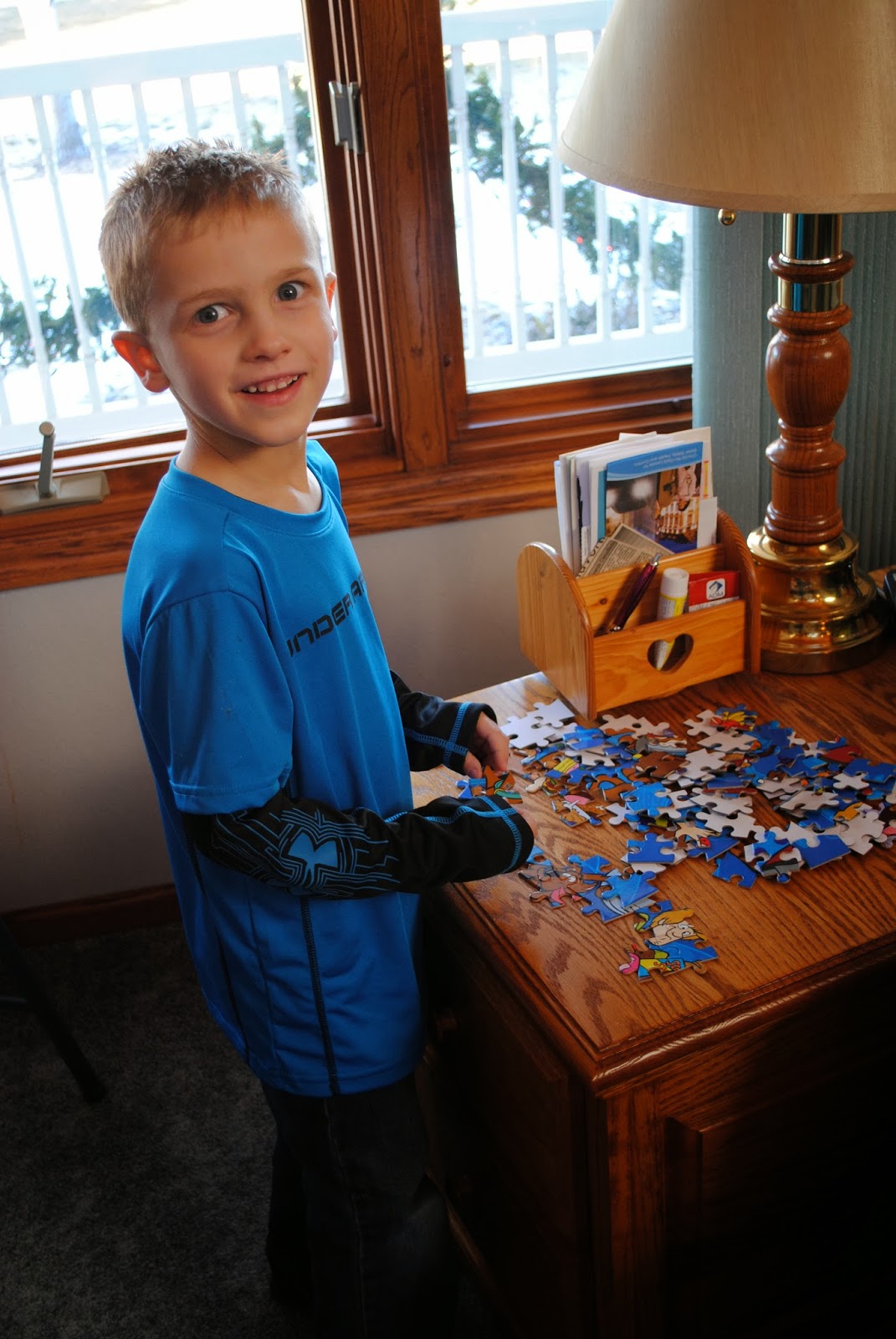 My favorite part of the Robertson Christmas is playing cards.  We play pitch (kind of like euchre) and sometimes poker.  I could play for HOURS (and we usually do!)  I don't get a chance to play much at home, especially with this many people.  We had 3 different tables and rotated so you got to play and socialize with everyone. 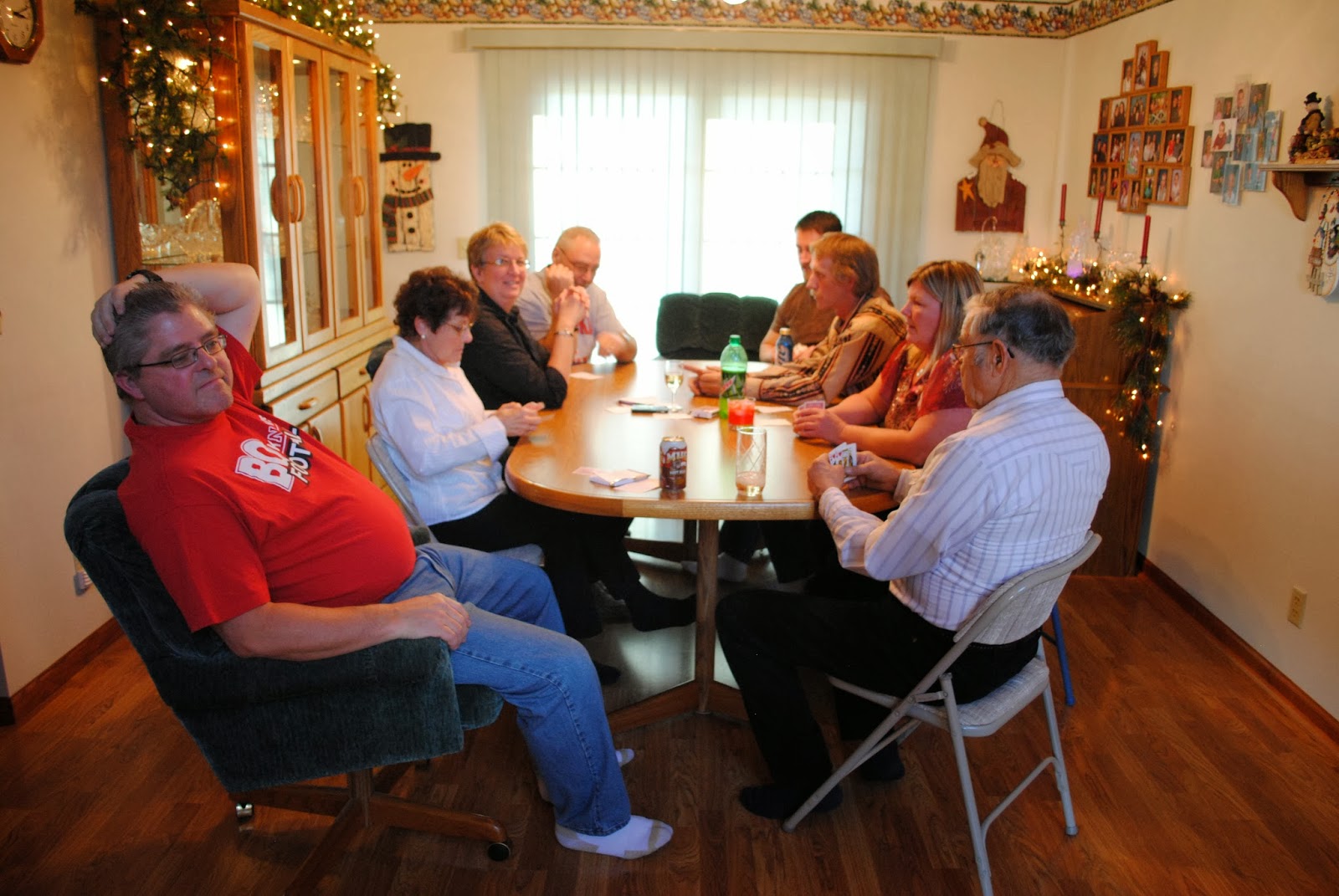 Parker took a great nap so that made me feel less guilty about playing for so long.  It was a really nice day, over 40 degrees so he ran around outside for a while before we headed home.

The drive home was even smoother than the trip down.  We left after supper and drove 2 1/2 hours before stopping for gas and to get Parker in his jammies.  That was our only stop and we were home in just over 5 1/2 hours!  Parker only made a handful of peeps the whole way!  He is such a great traveler. I hope you guys had a fun weekend too!
Posted by Lesa Herrmann at 12:34 PM