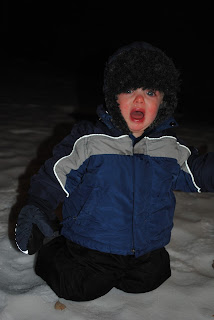 I will say that it went better (not that it could have gone worse!)  He had been fighting a nap all day so I think he was a bit tired.  Once we got him in the sled it went pretty well 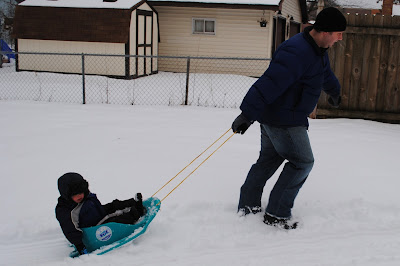 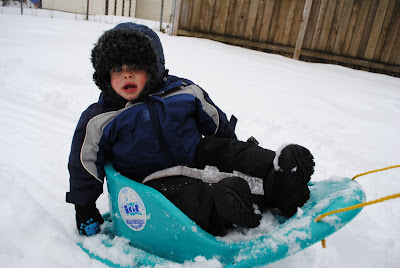 However, being in the snow was not a happy time. 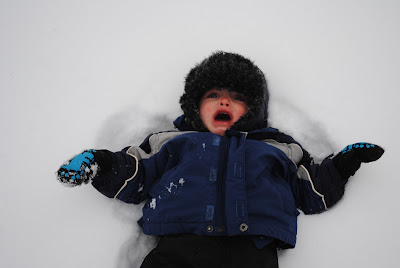 A quick game of peek-a-boo got a smile out of him! 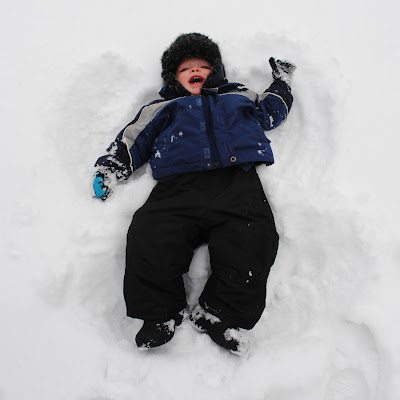 Back in the sled for another round, but he was not having it! 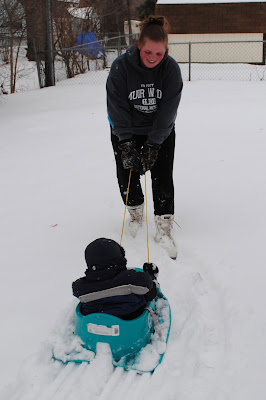 A little outside time must have been the kicker!  He conked out for 2 hours when we were done. 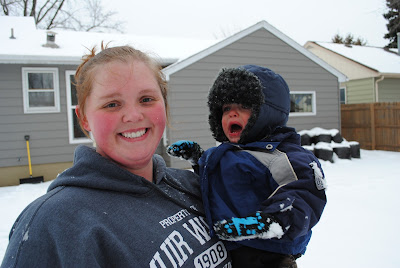 Hopefully he warms up to snow (pun very much intended!)  He will have to living in MN!

Posted by Lesa Herrmann at 9:24 PM